Hi Chinese Lady, Would You Like To Have A QQ Ice Cream Joyous Peach As Your Car? Chery Thinks You Do. 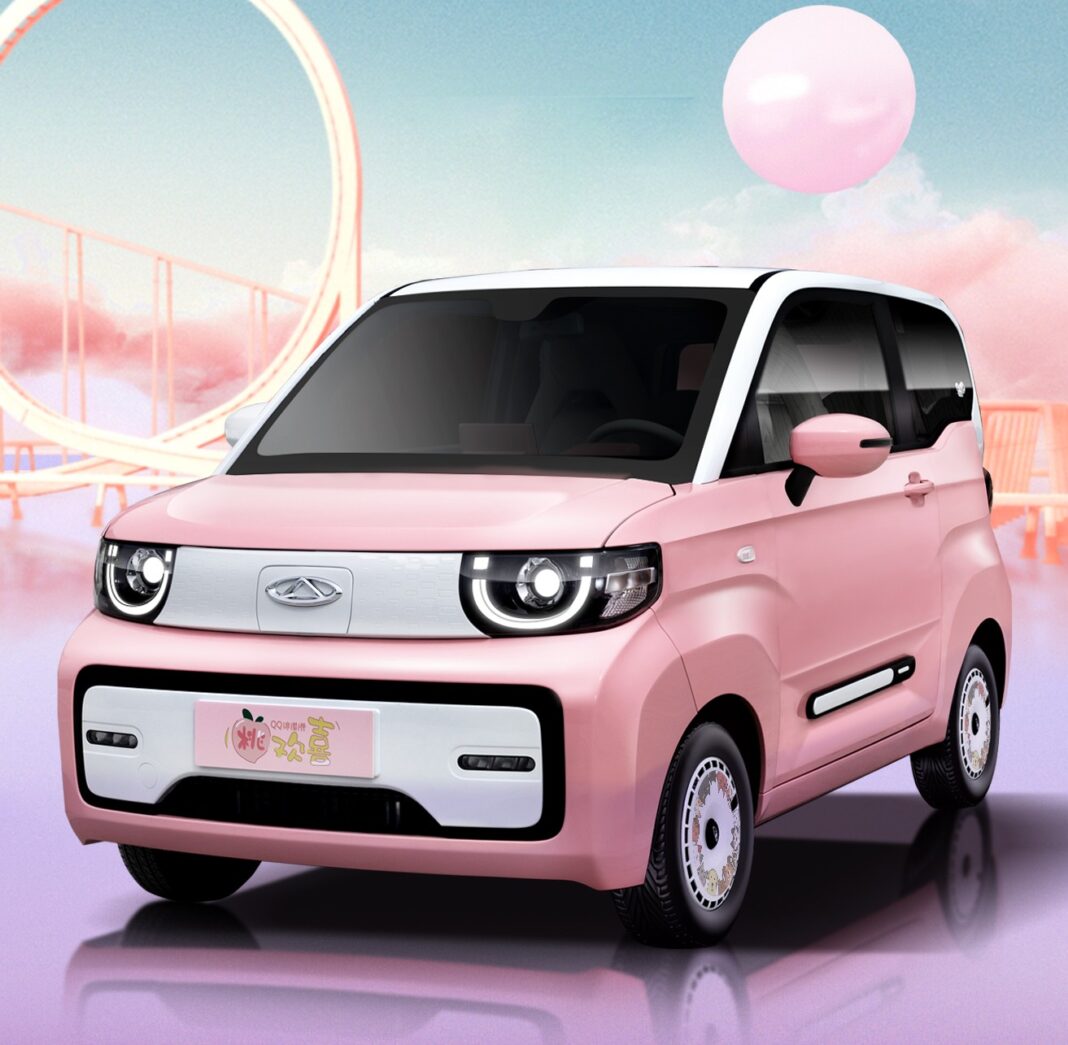 Chery has unveiled the new car for the ladies;the Chery QQ Ice Cream Joyous Peach. It is soaked in pastel pink with some white bits, and fitted with artsy wheels. It does indeed look ready for a lady’s ride.

Cars aimed specifically at female folks are an interesting side show of the Chinese car market. Some car makers make special versions of existing cars for women and other develop an entire car exclusively for the ladies. The new Chery QQ Ice Cream Joyous Peach is of the former kind, although the car where it is based on isn’t exactly manly either.

The Chery QQ Ice Cream Joyous Peach is based on the 3-door 4-seat Chery QQ Ice Cream, an electric mini car under the iCar label produced by Chery New Energy, a subsidiary of Chery Automobile. It competes head-to-head with the popular Wuling Hongguang MINIEV.

The Chery QQ Ice Cream Joyous Peach has a shark fin antenna, whereas the base car has a normal one. The white bars on the doors are also exclusive for the Joyous Peach. The PR images are clearly aimed at the female sort as well, dripping with balloons flooding from a soggy sky. The wheel covers are a bit of a surprise. One may expects some peachy imagery there but instead Chery came up with this:

A bunch of cartoon pets doused in happy smiles, with a Chery logo in the middle, on a black background. The QQ Ice Cream Joyous Peach gets the same choice of power as the base car, and it will be slightly more expensive with a base price of some 42.000.

Chery hasn’t released images of the interior of the QQ Ice Cream Joyous Peach, but expect more pink in there. This is an image of the interior of a standard car. Not a bad place to be for the money, with a digital instrument panel and a large flat bottom steering wheel.

This is the interior of the concept car. Note the screen atop the dashboard. The standard QQ Ice Cream doesn’t have that, but you can see a screen on the PR image of the production car:

The Chery QQ Ice Cream Joyous Peach will launch on the increasingly saturated Chinese car market next month. Will the ladies fall for it? Well, generally speaking, there is indeed a market for these lady-specific cars, probably even more so in cities with lady-only parking lots.