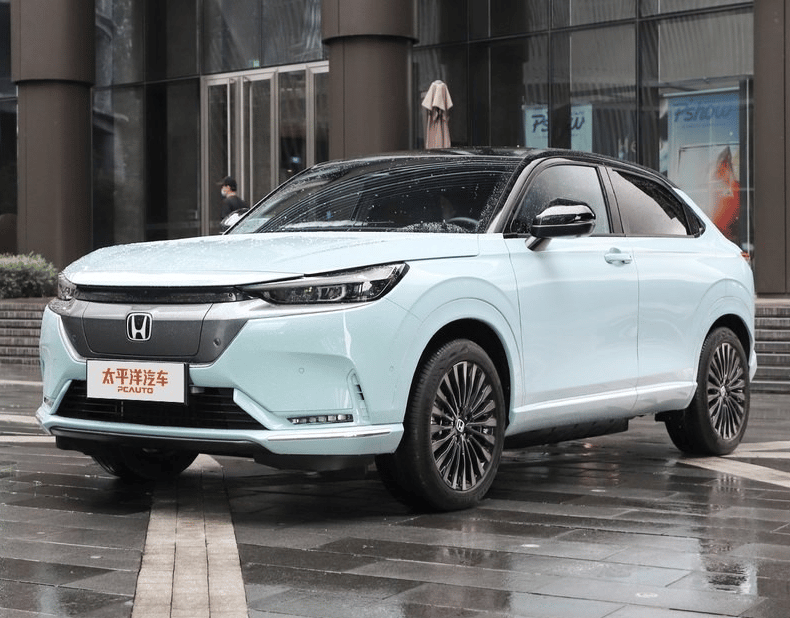 The Honda e:NP1 is one of the first ‘e:N’ series models developed in China. The size of the car is 4390/1790/1560mm with a 2610mm wheelbase. From the side, the vehicle’s high waistline and large-sized multi-spoke wheels further enhanced its sportiness.

In the front, the slender headlights are integrated into the polygonal closed central grid. The Honda “H” logo on the front face can also be lit.

In the rear, the traditional “H” logo is replaced by the “HONDA’ text.

The interior of the car is equipped with a 10.25-inch LCD instrument screen, a 15.2-inch central control screen, and Honda’s latest full-stack intelligent control ecosystem called e:N OS. The e:N OS includes the Honda CONNECT 3.0 intelligent guidance interconnection system and the Honda Sensing 360 advanced driving assistance system. The Honda Sensing 360 advanced driving assistance system comes with 5-millimeter wave radars in the front and corners of the car to achieve 360-degree sensing. This system will be the first to be installed in models released in China in 2022.