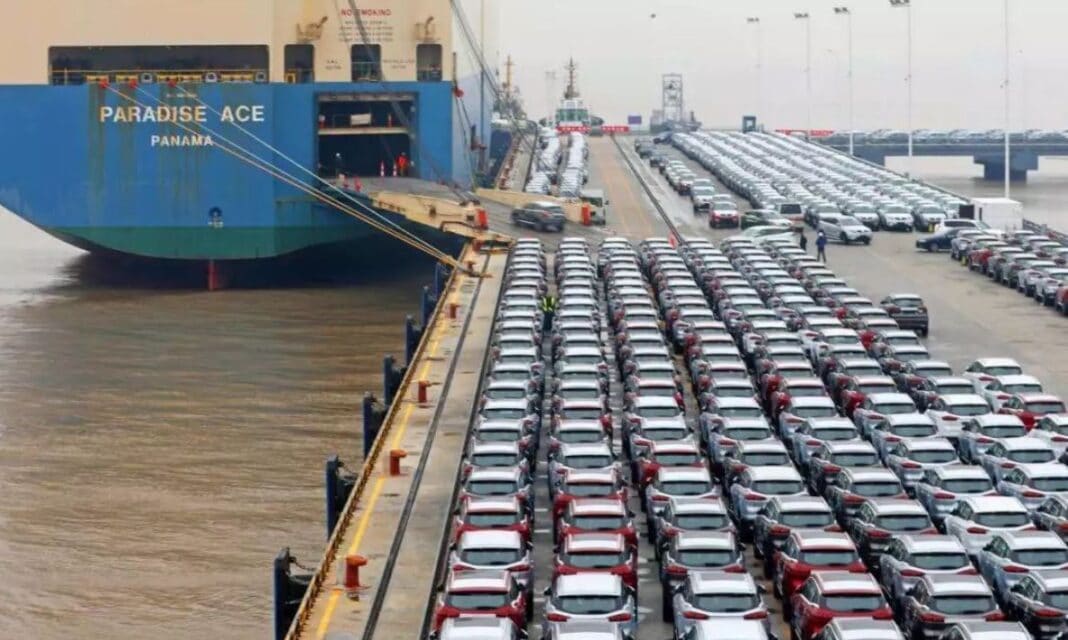 Compared with the 12% decline in Chinese domestic vehicle sales from January to May this year, such export performance is rather exceptional.

China Exported Over 2 Million Vehicles In 2021

As of May 29, the global auto market has decreased production by about 1.98 million vehicles this year due to a shortage of chips, according to AutoForecast Solutions (AFS), an auto industry data forecasting company. AFS predicted that the cumulative reduction in the global auto market will climb to 2.79 million units this year. More specifically, so far this year, China’s vehicle production has decreased by 107,000 units due to chip shortages.

NEV Is The Core Growth Point For Chinese Car Export

In 2021, China’s vehicle export to Europe grew the fastest with a growth rate of 204%, while the growth rate of exports to North America was around 100%.

From January to April 2022, the top ten countries that China exports vehicles to were the United States, Mexico, Japan, Belgium, Russia, South Korea, Germany, the United Kingdom, Australia, and Saudi Arabia, according to the General Administration of Customs of China. It is not difficult to see the trend that economic powerhouses like Europe and the United States have become the export destinations of Chinese auto products.

According to previous estimates, China’s annual vehicle export volume in 2022 will be close to 3 million. As China’s auto export volume continues to rise along with vehicle electrification accelerating in other parts of the world, let’s watch how will China seize this opportunity to overtake the lead in vehicle export.