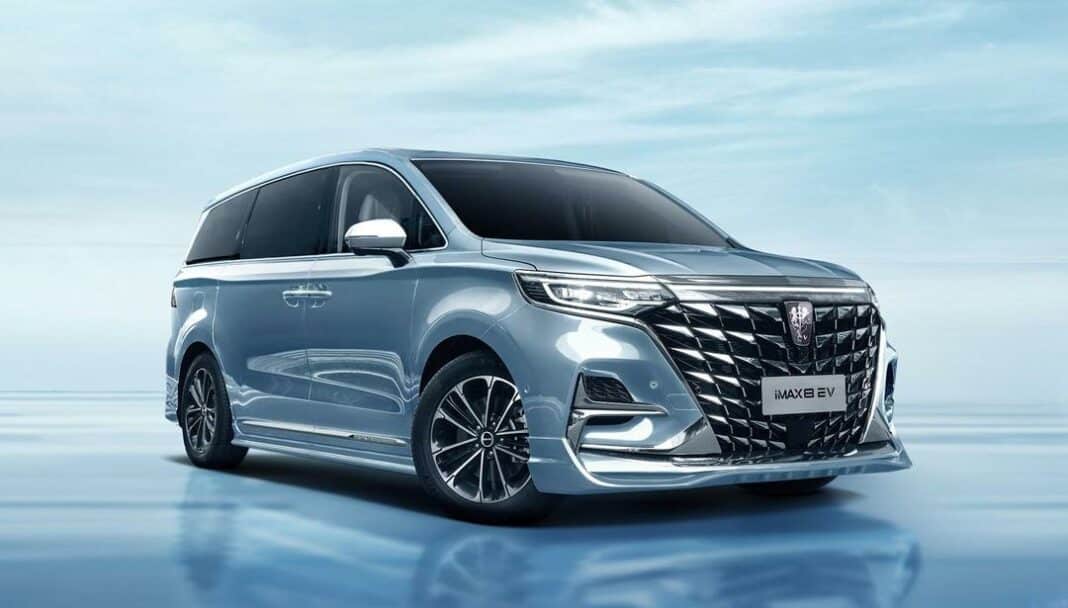 Roewe’s new EV is based on the Roewe iMax8 which has been in production since 2020. Both versions of the minivan share many exterior details, however, the EV has a slightly different grille. According to Roewe, the black grille of the Roewe iMax8 EV is composed of 66 pieces of diamonds. Offered in four colors, the iMax8 EV has a length, width, and height of 5016/1909/1796 mm and a wheelbase of 3000 mm. To distinguish between both versions, there is a yellow EV logo at the rear.

Inside, the similarities with the ICE version continues, with second-row VIP seats and a similar center console. The 12.3-inch full LCD instrument cluster and 10.25-inch central control screen are also borrowed from the iMax8. However, there is a new steering wheel and interior color scheme.

The cabin can seat seven passengers and adopts a 2/2/3 seating layout. All seats are draped in Nappa leather while second-row seats have massage, heating, ventilation, and electric leg rest functions.

Created in 2006, Roewe is a sub-brand of SAIC Motor that focuses on luxury cars. Some of its models include the Roewe 360/360 Plus, Roewe i5, Roewe RX3, Roewe RX5 SUV, and Roewe Marvel X. Recently, the firm unveiled a new SUV and sedan for the Chinese market, and The new iMax8 EV is expected to face competition from the Lantu Dreamer and the newly-launched SAIC Maxus MIFA 9.