Polestar 2 Review: Made in China Magnificence 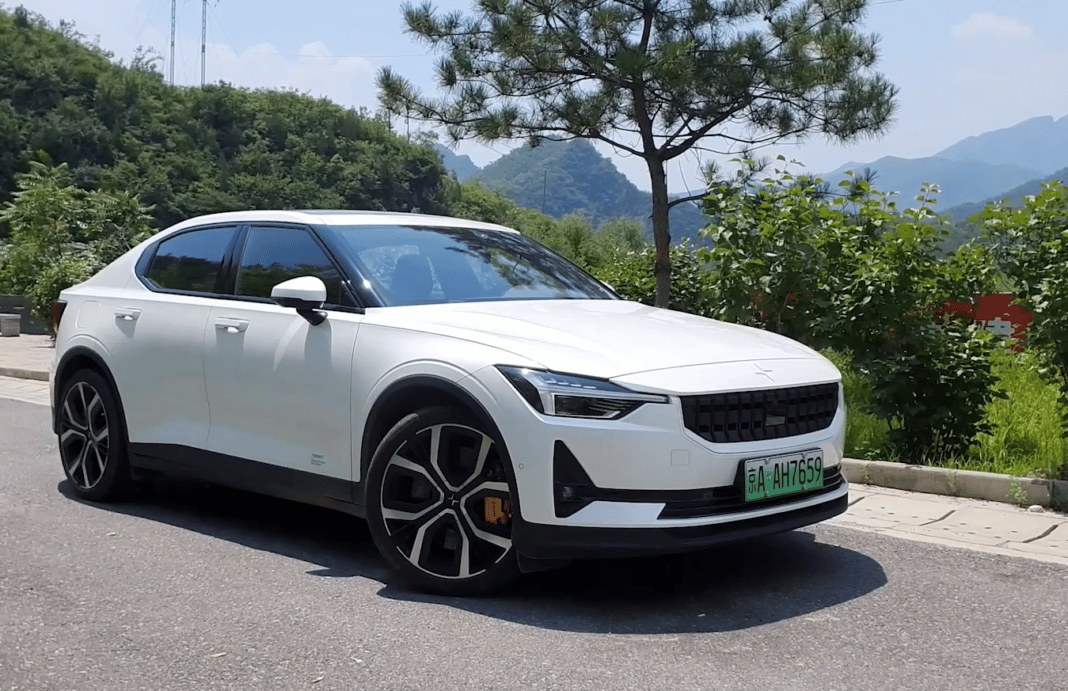 The Polestar 2 is technically not a Chinese car, Polestar itself isn’t even a Chinese brand, but they do produce the 2 in China.

In addition, Polestar is of course part of the enormous Geely Group, an ever-growing conglomerate of diverse auto brands that count Volvo, Zeekr, Lotus, and more among them.

The 2 is Polestar’s first fully electric car, following on from the plug-in hybrid 1, and to be honest, it’s not selling well in China.

But why is that? We took one out for a few days to find out if the car or the market is to blame. Read on for the full review, or check out the video below.

Its unusual combination of sedan-like styling, liftback trunk, and soft-roader stance made it an anomaly in the motoring world at the time, although the bodystyle has recently been revived by Peugeot and Citroen in Europe.

Polestar, as a standalone electric subsidiary under Volvo, were eventually chosen to take the concept to production following Volvo’s focus on crossovers, and the concept car looks were a sure fire way to grab the attention of the fledgling brand.

In the words of one Geely representative we spoke to, both the Polestar 1 and the 2 were “just concept cars they had handy”, which helps explain the transmission tunnel in the rear.

Despite this semi-orphan status, it is undoubtedly a compelling car and one of the most engaging electric drives on sale today.

While future Polestars will start to develop their own brand identity, the influence of the Volvo donor car is clear to see in the 2, with the staple T-shaped running lights in the headlamp units and hexagonal grille both featuring prominently at the front. The grille itself features the same grid-like square pattern as the Polestar 1 which helps to differentiate these early models from their donor brand.

Elsewhere, crisp, clear lines, the kind you’d expect from high-end Scandinavian products, give the 2 a fresh and distinctive design. The 2 feels ever so slightly lifted, like a soft-roader, but features a coupe silhouette with a squared off rear.

It’s a look that’s only enhanced by the blacked out A- and B-pillars which give the impression of a wraparound windscreen and floating roof. A distinctive hexagonal window outline ahead of the C-pillar and subtly flared rear shoulders complete the look.

As our car features the High Performance Package, a 40,000 RMB (5,800 USD) optional extra, we also get the 20-inch Y-shaped 4-spoke alloys that truly fill the arches of the 2 and look extra special wrapped around Swedish Gold Brembo brake calipers. They also come shod with high performance summer tyres that seem almost semi-slick.

At the rear, the 2 adopts a squat appearance and takes the full-width lightbar game to another level with an iconic rectangular design, quite a sight to behold in the dark.

Here, a full-size hatch makes for fairly practical space and connects to the panoramic roof via a black panel to complete a classy look.

Perhaps here, we can partly answer why the Polestar 2 isn’t a sales success in China.

While there is no shortage of style inside the 2, with an attractive cowled dashboard featuring a large portrait tablet screen, distinctive hexagonal drive selector, and fabric and wood inserts, there is a premium on space.

This is no more apparent than in the rear where both head and legroom are on the tight side. The large panoramic roof helps alleviate the feeling of claustrophobia a little, but these are certainly not the levels of passenger space Chinese consumers have become accustomed to.

One large plus, however, is the ability to find the ideal driving position, with the chunky bolsters and an extending base cushion ensuring support in all the right places for enthusiastic driving.

Another area for improvement, at least in the eyes of the Chinese consumer, would be the infotainment system. While it is incredibly clear and attractively laid out with decent response rates, it’s a little lacking in some of the tech on offer in other cars. It has access to the Huawei app store but there isn’t a wide range of compatible apps.

For fans of a simplified system however, the clarity and ease of navigation to the core driving functions is a joy.

The High Performance Package also sees the advent of golden yellow seatbelts which look the part but, while both real and vegan leather options are available for the seats, our car came with the standard fabric upholstery which felt a bit coarse for our liking.

It takes just seconds behind the wheel to realise that the 2 is very different from your ordinary Chinese EVs. For a start, the steering is instantly feelsome, providing a level of feedback that no local market car dare approach. It’s weighty even on the lightest setting and sets the stage for true sporting performance.

The other two interfaces you make with the car are no less engaging, with both the brake and accelerator pedals offering a depth of sensitivity unseen in most modern EVs where the driver can often feel divorced from the motors.

It’s a welcome throwback to the days of analog driving, where the life of the mechanical unit under the bonnet and lack of steering assistance meant you really had to drive a car. It’s by no means a difficult car to drive, far from it, but the engagement levels are in another solar system compared to even the most accomplished Chinese cars. If you spend a day in the mountains with ‘One Pedal Driving’ mode on and steering on its weightiest setting, you will certainly sleep well later.

With 300kW (408hp) of power shared equally between the front and rear motors, the Polestar 2 is not short of performance. Its compact footprint makes it feel lithe and athletic and acceleration feels significantly more rapid than the official 0-100kph sprint figure of 4.7 seconds suggests.

Certainly, in dual motor form, the 2 cuts a dynamic groove with excellent handling, composed ride, and direct steering that leaves you thirsty for more time behind the wheel.

Fans of the kind of extensive kit list offered on many new Chinese cars these days may feel a little short changed in the Polestar, which offers heated seats as standard only in the front, and ventilated seats only when specified with Nappa leather. There are no massage options.

Equally, only via purchasing the 30,000 RMB ($4,400) Luxury Kit package can you access the premium Harman Kardon sound system, panoramic roof, mood lighting, heated rear seats, and a 15W wireless phone charger (which frustratingly angles downwards away from the driver).

You’ll need to add another 30,000 RMB to get the Assisted Driving Kit, which includes the Pilot Assist and Adaptive Cruise Control systems, as well as the 360-degree cameras and various other proximity support systems.

Those assistance systems offer Level-2 driving support and are both simple to use and effective in real life conditions.

Another notable item on the High Performance Package, a 40,000 RMB ($5,850) extra, is Ohlins Dual Flow Valve Shock Absorbers that are adjustable to 22 different settings if you so desire.

As standard, you’ll have to make do with Apple CarPlay, front and rear parking sensors and reversing camera, an electronic tailgate, and 4 USB-C sockets.

Polestar have opted for a pleasingly simple drivetrain offering with just three versions to choose from. A pair of single motor versions with different battery sizes join a flagship dual motor version that takes the longer range battery.

Perhaps disappointingly, single motor versions are front-wheel drive only. The base model comes with a 165kW (224hp) motor on the front axle, while the longer range battery version nudges this up to 170kW (231hp). Both offer 330Nm of torque and 7.4 second 0-100 times.

Batteries come in two sizes, 64kWh and 78kWh. The base model takes the smaller option, and the two more expensive models the 78kWh variety. Base models will do 485km (301 miles) on the NEDC cycle, while the long range single motor version achieves 565km (351 miles) and the dual motor version 512km (318 miles).

The Polestar 2 is a thrilling car, both to drive and to look at. It offers a level of driver engagement rarely, if ever, seen on local market electric vehicles, however, while that suits this writer just fine, it is less appealing to local consumers. The 2 thrives on being driven and will reward you for focus with outstanding steering and a sublime one pedal driving system, but this comes at a cost for laid back drivers who merely want the simplest, least taxing driving experience.

While cabin material is good on most upper surfaces, it feels less so lower down. Equally, while the driving position is excellent, passenger space in the rear is just about acceptable, meaning many local buyers will be put off.

This means you can’t really compromise when buying the 2. If you love the thrill of its performance and engagement you’ll likely buy it, but not if you have child seats and grandparents to deal with.