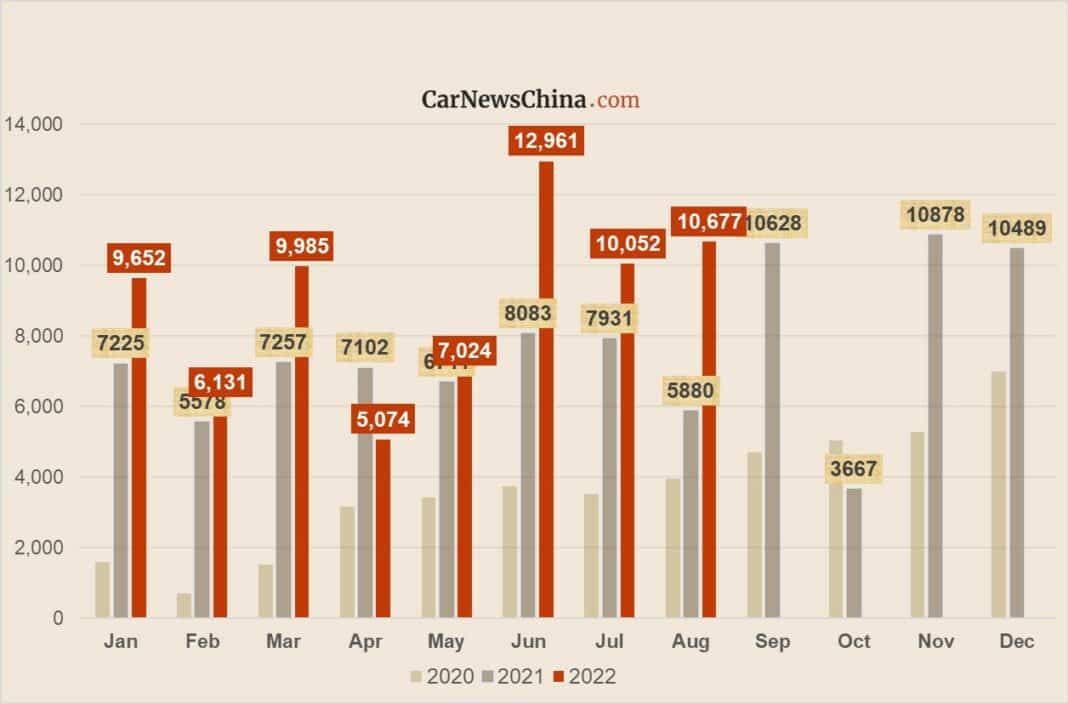 Chinese auto manufacturer, NIO released its delivery update for the month of August, and from the figures, the automaker delivered a total of 10,677 vehicles in that period.

When compared to the 10,052 units delivered in July, the deliveries for August have shown relative growth. In contrast, rival manufacturers like Li Auto and XPeng Motors suffered a decline in deliveries during the same period. The 10,677 vehicles delivered in August also represent an 81.6% increase year-over-year.

According to the automaker, 3,126 models delivered were sedans, while 7,551 were SUVs. Although NIO did not mention the exact model, the only SUV it currently offers is its flagship ET7. In July, the ET7 delivered only 2,473 units, and the figures posted for August show a 26% increase. The ET7 which was launched in late March has delivered a total of 12,511 units, and NIO recently shipped the first batch of ET7s to Europe.

On the other hand, the ES7 began deliveries just a couple of days ago on August 28, and has seen 398 deliveries already. NIO announced that the ES7 will be delivered in five Chinese cities including Xiamen, Beijing, Shanghai, Ningbo, and Hefei before it gets to other locations.