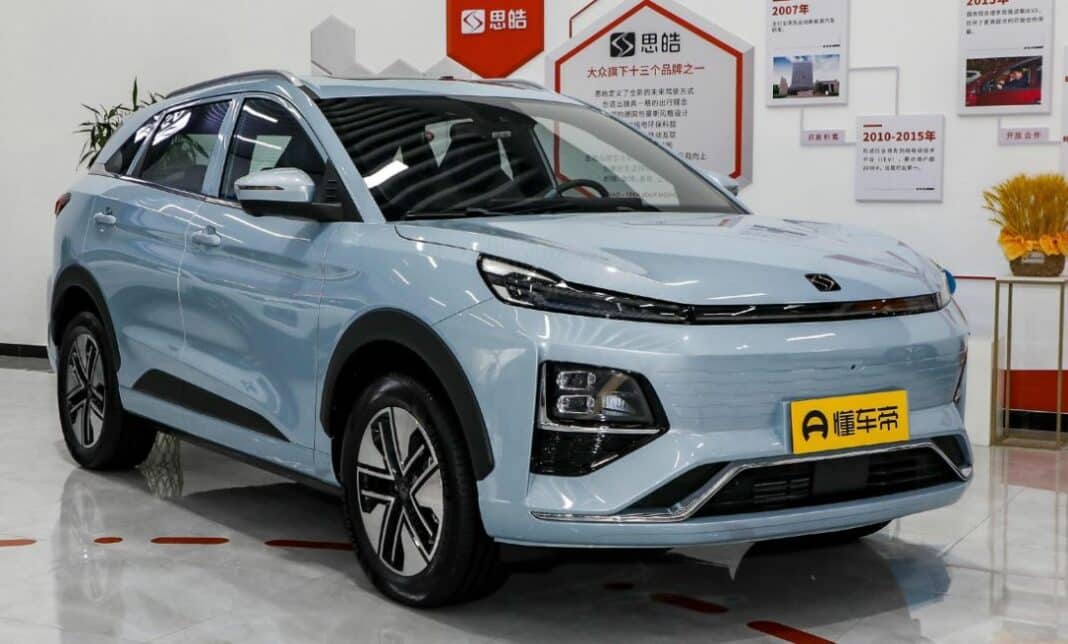 This is the Sehol Aipao S, an electric compact SUV under the Sehol brand of JAC Group. Pre-sale is expected to start at the 2022 World Manufacturing Convention on September 21. The car was unveiled at the Chengdu Auto Show earlier in August.

Sehol (思皓) is a brand under JAC, founded in 2020. The brand was originally called SOL and was owned by a joint venture between JAC and Volkswagen. The plan was to build affordable electric cars based on JAC-developed platforms. The joint venture only launched one car, the SOL E20X, based on the JAC iEV7s.

Back to the Aipao S

The size of the car is 4610/1890/1700mm with a 2720mm wheelbase. The car runs on five-spoke shape wheels. From the side, a chrome strip is added to the lower edge of the window for embellishment.

The front face adopts a fake grille design. The narrow and long headlights on both sides are linked by a light strip.

The interior is decorated with a light blue color scheme. The dimensions of the instrument panel and central control screen have not been revealed. Other features include a level 2 driver assistance system and electric front seat adjustment.

Referring to the E50X information published by MIIT, its 160kWh motor is supplied by Hefei Daoyi Power Technology and Huawei.