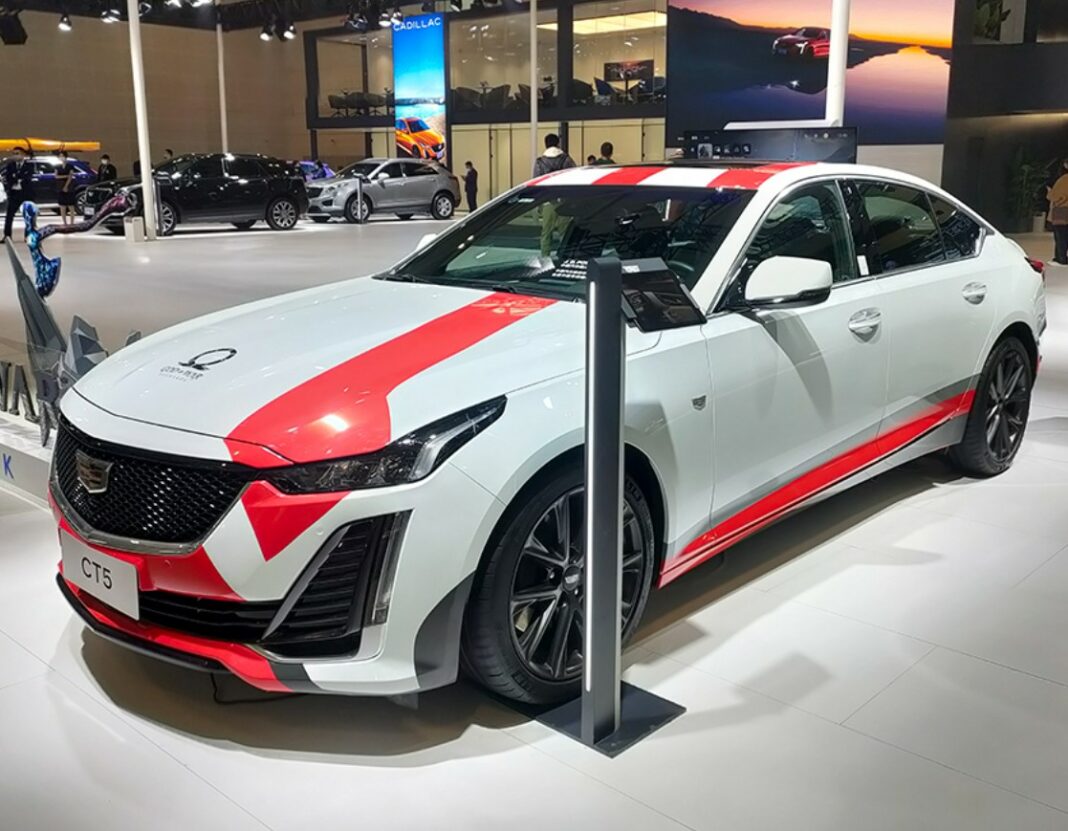 This is the new Cadillac CT5 God of War Ragnarök Special Edition, as it debuted on the 2022 Tianjin Auto Show. The car is a co-branding effort with the popular Sony Playstation game of the same name. Cadillac is apparently trying to appeal to a younger demographic with this one.

God of War Ragnarök is quite a violent game, with fellows killing one another with axes and bows in a medieval setting. They also got to murder monsters and destroy ancient cities. In short, a typical game a 14-year old gets very excited about. But it seems the game doesn’t have too much in common with a mid-size Cadillac sedan, or with the Cadillac brand. Cadillac’s Chinese website shows bloodthirsty men towering over the Cadillac CT5 God of War Ragnarök Special Edition, but I don’t think they know how to drive.

More killings in the skies above the Cadillac.

The Cadillac CT5 is made in China by SAIC-GM. Only available engine is a 2.0 turbo with 237 hp, mated to a 10-speed automatic. Price starts at 280.000 yuan (39.400 USD). The CT5 God of War Ragnarök Special Edition gets a special wrap with wild gray, red, and black striping over a white body. It also has a sticker with the game’s logo on the hood. And note the sticker in front of the rear wheel; red with the little Playstation symbols in white. But…

… the car on show in Tianjin doesn’t have that sticker there. Anyway. Cadillac says this styling was inspired by the tattoos of Kratos, the big bearded guy, and the main character of the game. Check:

Well. He does has some red striped tattoos. None, however, in blue.

The interior was left unchanged. Gray gray gray. Even the most high-energy super-hyped God of War Ragnarök players would fall asleep here. I am dozing off myself right now, looking at this photo. I need to kill some monsters urgently to wake up again. Lemme get my Leviathan Axe!

The Cadillac CT5 God of War Ragnarök Special Edition will hit the Chinese car market soon. Price is yet unknown but I doubt it’ll be much more expensive that the regular CT5.