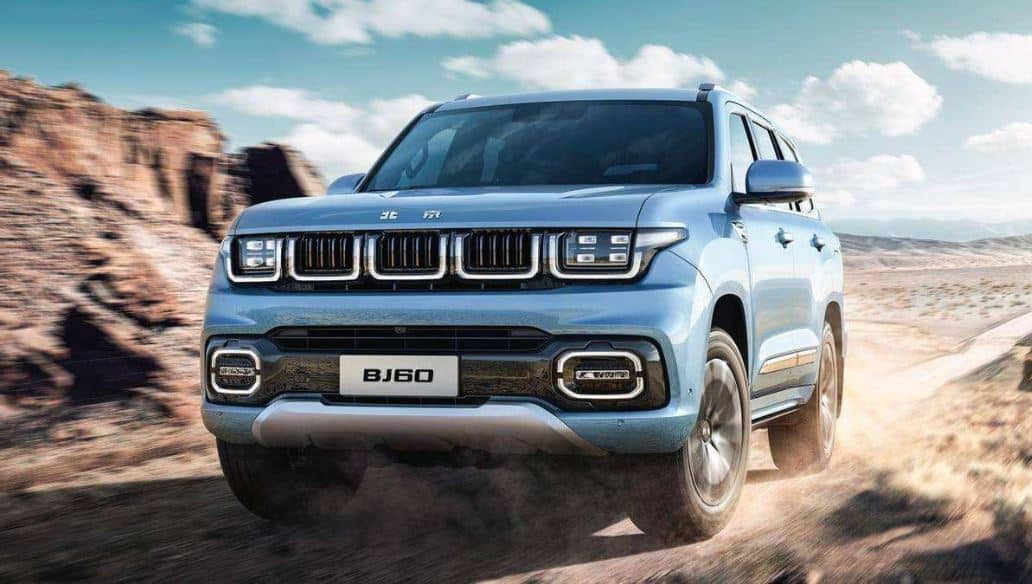 Currently, there are 5 models under Beijing Off Road. The BJ60 is positioned above the BJ40-series and below the high-end BJ9. Its main competitor in the Chinese auto market is the Tank 500. Tank is a brand under Great Wall Motors (GWM).

As a full-size SUV, the size of the BJ60 is 5040/1955/1925mm, with a 2820mm wheelbase. The car runs on large 20-inch wheels. Other cool off-road-ish details include the sideboards, roof rails, the spare wheel cover, and the big bumper with the license area on the left side.

The front is a typical BAW, with a 6-10 bar grille and the Beijing (北京) brand name on the hood.

The interior is covered in leather and chrome-plated materials. Other features include a four-spoke multifunctional steering wheel, a digital rearview mirror, a 10.25-inch instrument panel, a HUD head-up display, and a 12.8-inch floating central control screen that supports Bluetooth, FOTA update, and voice interaction. For extra entertainment, the BJ60 has a 256-color ambient light system and an audio system with 12 speakers and an amplifier.

The 1.92-inch screen in between the air conditioners is not only a vehicle start/stop button, but can also switch to display time and weather.

The car comes standard with an openable panoramic sunroof and is available in 5-seat and 7-seat versions.

The trunk volume is 972L and the maximum volume can reach 1836L after the rear seats are folded down.