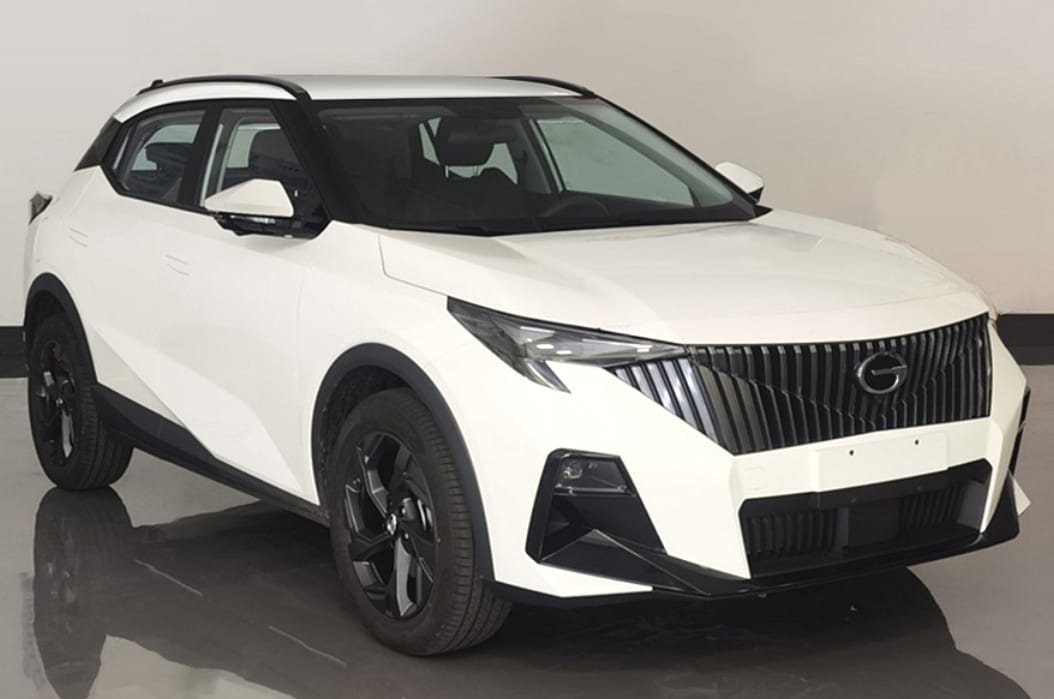 A typical Chinese grille is usually vast and shiny. But recently, some Chinese car makers are exploring new directions for their grille design. A notable example is this new Trumpchi GS3, a compact SUV with a very striking front colored in gray and black.

Just to see how big of a change it is: this is the current Trumpchi GS3, launched in 2017. The grille is standard fare, large with shiny parts.

The rear is almost as interesting as the front. Sharp angles all over. There are a lot of triangles again, in the lights, reflector units, bumper, and even the exhaust pipes have a triangular shape.

We also have some pics of an upcoming R version, a sportier variant. It has a wilder body kit, orange detailing, orange R badging, a diffuser, and the two tail pipe are in the middle. Looks very racy but as far as we know it’ll get the same motor as the standard car.