BYD Seal (Atto 4) Review: The Best BYD Yet, But Not a Model 3 Killer 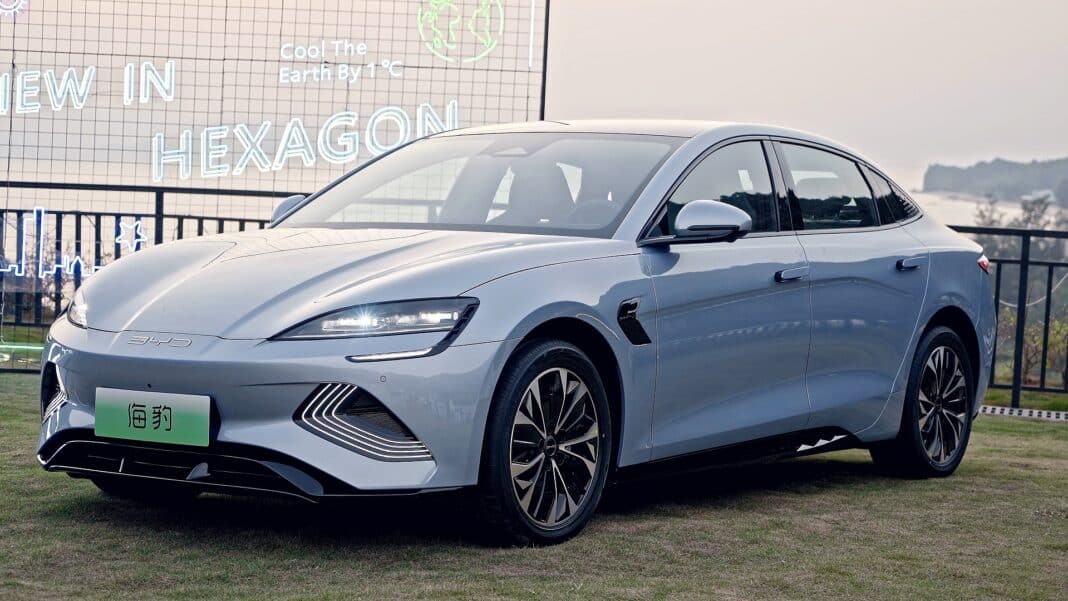 The BYD Seal (English name Atto 4) marks a turning point for BYD EVs. I’ll be upfront and say the BYD Seal shattered my expectations. Having driven a few different BYD models behind the wheel of the BYD Seal, I was entirely caught by surprise.

The Tesla Model 3 is undoubtedly the yardstick used to measure all compact EVs, but the BYD Seal may have added an inch or so to that yardstick. Especially when it comes to driving dynamics, and I’m aware it’s a strange area for BYD to excel in. Still, the compact sedan from Tesla leaves BYD behind when it comes to ADAS and it will be up to customers if they exchange it for better performance and battery range, which Seal offers.

Forget calling the BYD Seal a “Compact Executive” because it’s a “Sport Compact.” Every part of the exterior seeps sportiness. The side profile is a lean, athletic shape, from the short front overhang and sharply raked windscreen to the fastback with a slight trunk flick. Narrowed side windows, a high beltline, and lower black trim pinch the side, helping to make the whole roofline look lower than it is.

The front bonnet bulges and creases fall into the nose, the LED DRL rings dominate the lower fascia, and the gloss black splitter peers out the bottom. The whole car is deliberately styled, stands still, and is fantastic on the move. The 19-inch diamond cut alloys fill the wheel arches well, even when everyone else seems to be using 20 inches or more. I will say the colours offered by BYD on the Seal are a bit more subdued than usual, with no bright reds or lime green trim.

The BYD Seal is, of course, part of the BYD Ocean line-up and, as such, has some nods to its ocean theme on the exterior. Water droplets on the 3/4 windows and in the LED Taillight cluster, as well as some gill-like design on the front 3/4 panel.

BYD interiors have never adhered to this minimalistic interior design trend so often seen in EVs. And I know that BYD interiors are somewhat of a sticking point for some, but the BYD Seal’s interior is the best yet. Ocean theme in mind, the design laps around the interior like waves. That’s not to say it is perfect; it’s still busy in some areas, like the buttons around the gear selector. But overall, it’s a decent interior.

The materials are also a step up; microsuede is used to good effect, and quilted leather is on the door cards and seats. The front seats look fantastic, by the way, and give great support while cornering.

The rear of the BYD Seal continues the same quality of materials, the rear bench clad in quilted leather. Thanks to the rear seats slightly angled backward; it’s a comfortable place to sit. The BYD Seal’s wheelbase is 45mm longer than a Tesla Model 3, which pays dividends in rear legroom. The headroom in the back also seems more than adequate for this segment. Rear passengers have access to two USBs and a 220V socket capable of outputting 2.2kW of power.

The BYD Seal rides on BYD’s e-platform 3.0, equipped with 800V architecture and an LFP Blade battery system. The big news for the BYD Seal is Cell-to-body technology, where the battery is part of the chassis, being a structural component. CTB, in theory, allows a reduction in weight and higher rigidity. On top of that, the LFP cells in the blade battery system are hexagonal rather than cylindrical, meaning more cells can fit into the same amount of space.

DC fast charging times are pretty standard, half an hour to charge 20-80%.

Being a smart Chinese EV, the BYD Seal has all the essentials, a 5G connection, a built-in dash cam, and Bluetooth mics for KTV (not a joke – Chinese love karaoke more than anything). And being a BYD, it comes with a 15.6-inch rotating central touchscreen, which will rotate landscape to portrait with a click of a button. It’s also equipped with a 10.25-inch instrument panel and a HUD on our long-range test model.

The BYD Seal comes with a 775kW Dynaudio 12-speaker Surround Sound system, standard on all models except the cheapest. And although it’s not the most powerful system out there, it sounds good.

Those lovely front seats come with heat and ventilation as standard on all models except the lowest trim. 8-way adjustment with 4-way lumbar for the driver and 6-way adjustment for the passenger. There is no rear seat heating like you will find in the Tesla Model 3, though.

A standout feature of BYD’s infotainment system is the ability to set home charging costs per kWh, allowing the car to calculate the cost of your trip. It’s a nice handy little feature.

BYD has never been the front-runner when it comes to ADAS advancement. However, BYD’s Dipilot system is a level 2 vision-based ADAS system comparable to other offerings from competitors. It’s handy on a long drive on elevated roads and highways but doesn’t currently have more advanced features like NOA. I do have it on good authority that BYD is putting more emphasis on developing its Dipilot system going forwards. So maybe in the future, the system will offer more functionality.

If you had told me before I drove the BYD that I’d end up thinking its driving dynamics were probably its strongest trait, I would have called you mad. I’ve driven several BYD vehicles, and driving dynamics and driving pleasure aren’t something to write home about. But the BYD Seal is a different animal.

With a double wishbone up front, and direct & precise steering with a whiff of feedback, driving the BYD Seal up and down a mountain was an absolute pleasure. The crisp turn-in, the four-piston callipers, a progressive brake pedal, and the Continental sport contact seven tires providing plenty of grips made it all come together as it whipped around corners with me behind the wheel, smiling ear to ear. Once you get out, you’ll need a double-take to check if it was a BYD you just stepped out of.

But it’s not a one-trick pony. Take it on some urban roads or cruise along a highway. You’ll notice it’s a comfy thing as well. The rear multi-link suspension and the dampening do a fantastic job keep it all smooth and calm. It’s quiet at highway cruising speeds as well.

It is a Chinese EV, so as expected, the steering and pedal inputs are lighter than a Tesla. And the brake regen is nowhere near as aggressive, with no sense of one-pedal driving in the BYD Seal. But light inputs probably suit Chinese buyers’ preferences more.

Our test car was the long-range version equipped with a single rear motor putting out 230kW and 360Nm, achieving a claimed 5.9s to 100kph. And while that is plenty quick enough for most, I can’t wait to get behind the wheel of the AWD performance, putting down 390kW and 670Nm and zipping to 100kph in 3.8s.

Will the BYD Seal tempt buyers away from the Model 3? Perhaps at the lower end. And I do think the BYD Seal is the best BYD yet and a fantastic car. With Tesla updating the Model 3 next year, I suggest they benchmark the BYD Seal.

At the end of the day, the BYD Seal is a decent price sport compact EV that looks sporty and athletic. On top of that, it won’t make you feel short-changed when you drive it. The only thing left is more advanced ADAS features, and BYD EVs will be a true force to be reckoned with in the smart EV landscape.

Best: The way it handles and overall driving dynamics

*Prices are after current National EV subsidies which end this year. And are worth around 3,000 RMB (~$430)