Nio ET5 made the 10 Best Cars list in Xuanyuan Award, the Oscars for Chinese automakers 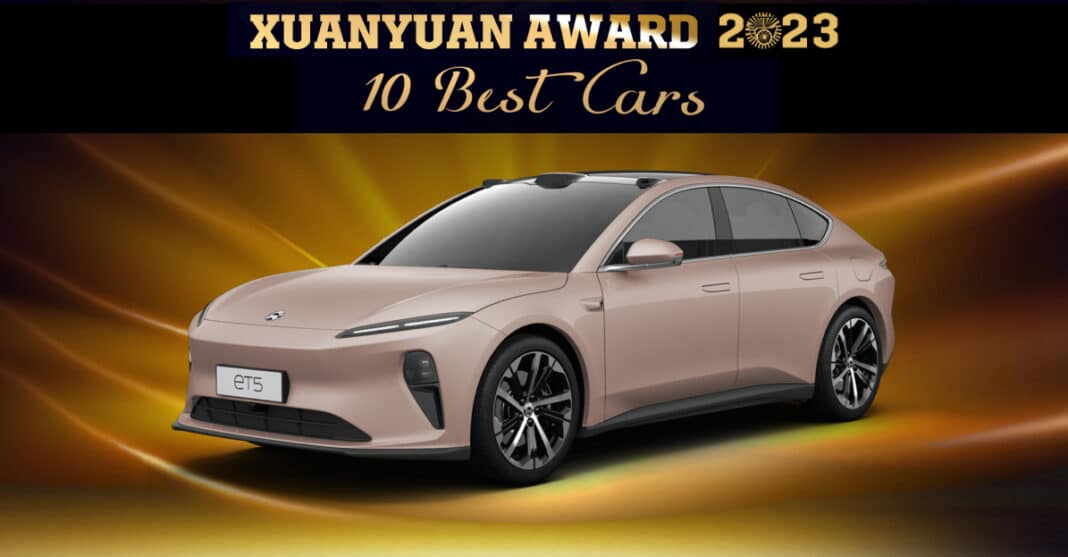 Since November 1, 36 cars have been tested by the 30 Xuanyuan Executive Committee experts in Yangcheng Peninsula, Suzhou. Today, December 16, winners have been announced at the 10th Xuanyuan Award 2023 final ceremony, and Nio ET5 was awarded among the Top 10 cars in China.

The Xuanyuan Award was established in 2013 by the Automotive Business Review and EFS consulting to promote the development of china’s domestic automotive industry. It is also known as the “Oscars” of the Chinese car industry.

Nio ET5, which won the Best Interior Design Award, started sales in four European countries in November. Deliveries will begin in March 2023. On December 24, the ET5 station wagon (kombi) is rumored to debut during Nio Day. The ET5 is the cheapest car of Nio’s lineup, starting at 49,900 EUR in Germany and 36,000 USD in China, both without battery. With a 100 kWh battery, the price is 71,000 EUR in Germany.