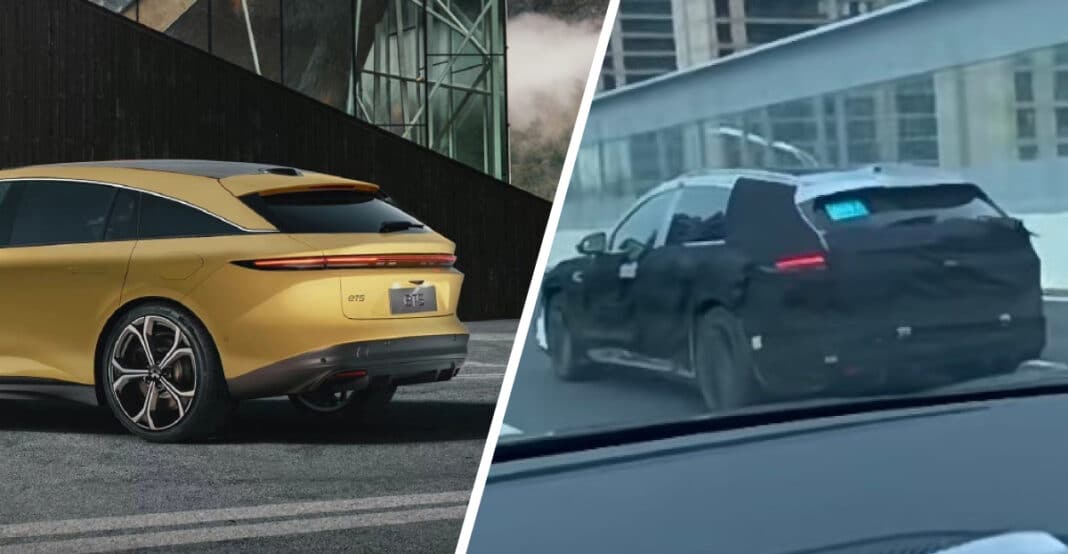 On November 23, Weibo user 飞要说车 shared a spy video of an ET5 station wagon driving on a Chinese highway, covered with heavy camouflage. This got lots of attention as station wagons were never much popular in China – the local consumers in need of bigger cars usually went for SUVs or vans. This points out that the new ET5 is intended for the EU market, where Nio currently revealed prices of ET7, EL7, and ET5 for four new countries – Germany, Sweden, Denmark, and the Netherlands.

Station wagons, or as Germans call them – kombi – were historically super popular in many EU countries until SUVs started to dethrone them. The fact that Nio is testing a kombi car shows how seriously they take their EU expansion. Previously there were fan arts of station wagon versions of Nio cars, but no one expected it would turn into a reality, nor did Nio indicate they had such an intention. Maybe this will change during the 2022 Nio day, which will happen in December or January (the date wasn’t announced yet), and Nio will officially announce the new version of ET5.

None of the Chinese EV brands ever made a mass-produced station wagon. And even the six of them, which already sell in Europe (Xpeng, Voyah, Hongchi, Aiways, and BYD), never announced such an intention. If Nio ET5 makes it into mass production, it would be a risk; however, it certainly shows Nio’s respect for the local markets. What is almost certain is that the extended version of ET5 is not intended for China.

However, the 150 kWh version is not available in the EU or China. JAC-Nio JV manufactures the car in the ‘NeoPark factory in Hefei.

If Nio is going to put the station wagon into mass production, it would be an exciting and brave move; we will keep an eye on it.