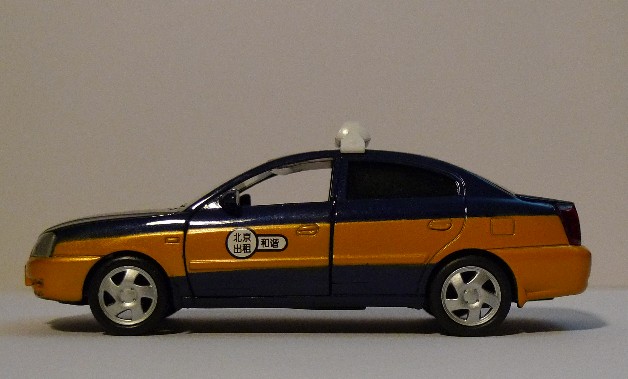 A very nice 1:43 model of a Beijing Beijing-Hyundai taxi, found it for 3 US dollar in the supermarkt in my street. The colors are fine, wheels as the real thing and scale well done. But the panel gaps are a bit on the wide side and Beijing Taxi’s don’t have blackened windows. Nevertheless, considering the price a nice addition to my collection. 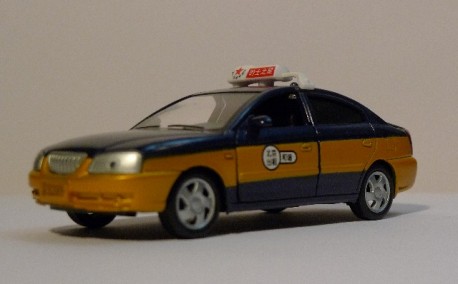 No Hyundai ‘H’ on the front, Chinese toy makers don’t like to pay for copyrights. They see that as a waste of time when there are so many more toys to be made. 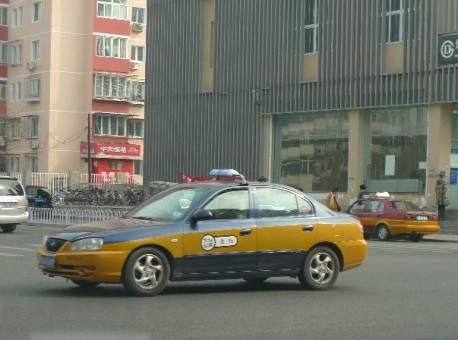 A real Beijing-Hyundai taxi. The join venture also makes a new Elantra but this old one still rolls from the line as a cheap alternative for fleets. Beijing has approximately 15.000 taxi’s, most of them this Elantra and the rest are VW Jetta’s and Citroën Fukangs. A brand new ‘taxi-Elantra’ costs around 15000 USD but 99% of taxi drivers lease their cars from a taxi company. 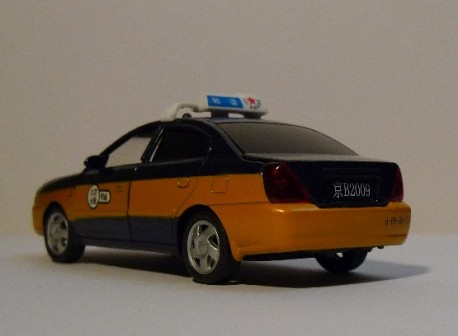 Left on the plate the character 京, ‘jing’, from 北京, Beijing. Beijing means ‘Northern Capital’, China’s capital changes many a times trough it’s history, there is a city called Nanjing as well, that meanse ‘Southern Capital’. 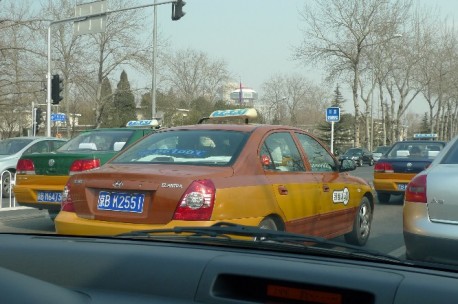 A lone Elentra surrounded by two Jetta’s. Picture taken from my girlfriends’ Chang’an-Suzuki Swift passenger seat.  On the right a FAW-Audi A6. 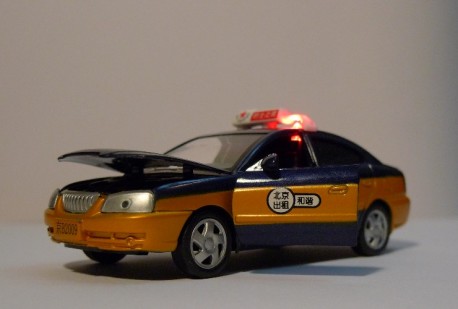