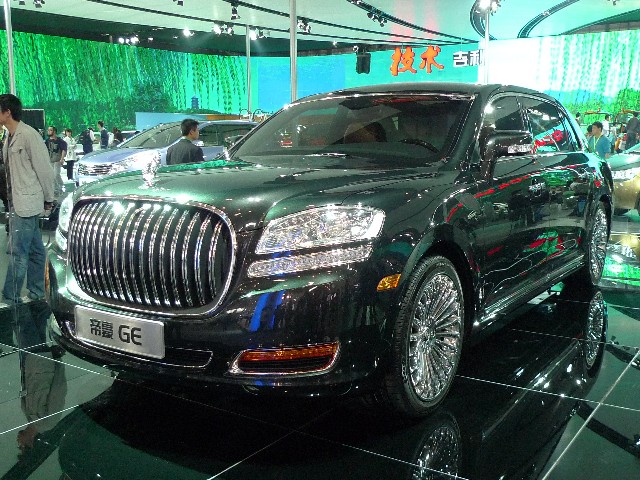 The 2008 Geely GE came back in Beijing as the Geely Emgrand GE. It got a new front because many said the old one looked to much like a Rolls Royce. Geely handed out a nice little brochure so now I know all details of the car. First: ‘GE’ stand for ‘Geely Excellence’. Second: guess what?, it’s a plug-in electric. 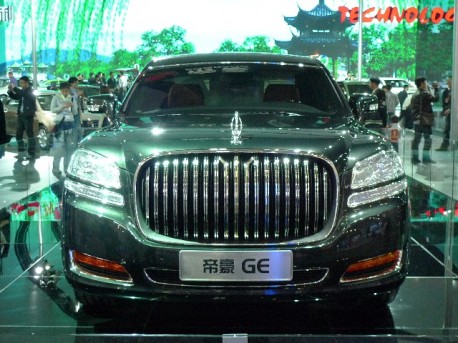 This kind of a car should have a big V8. Geely however is green these days, but still they kn0w. The brochure states: “Strong power could match V8 engine”. Power is 203kw, torque is 735nm.

Things get confusing when Geely states, at the same page as they state the GE is a Plug-in Electric, that the GE is actually a Plug-in Hybrid with an additional 4-cilinder engine with 120kw and 224nm. A drawing in the brochure clearly shows a plug-in electrical system. Well, beat me. The staff on the boot didn’t know or pretended not to know. My guess is there is actually nothing under that long bonnet and someone screwed up the brochure. Geely also claims it has 4-wheel drive. Sure. 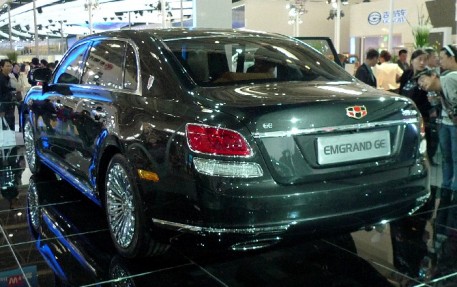 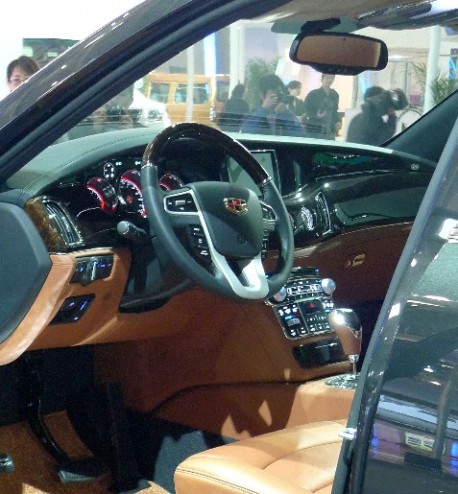 Dash well done. It has “3G wireless communication”. It is a “21centry mobile business vehicle”. 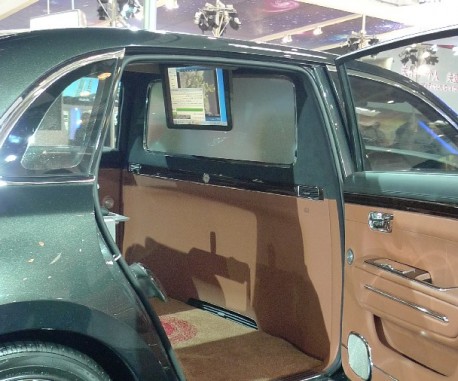 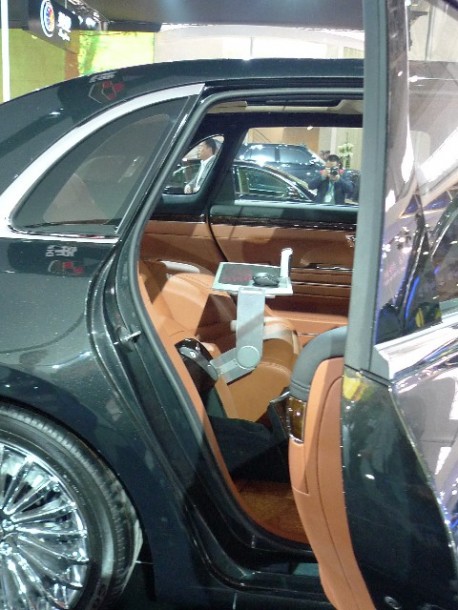 The weird single chair stayed. But those who don’t prefer their company head down on the floor now have a choice: “Optional double-seater design, make it have more business atmosphere”. 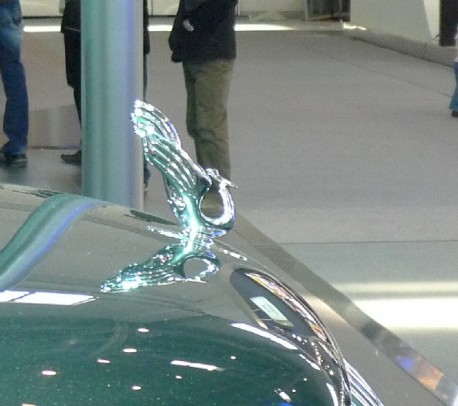