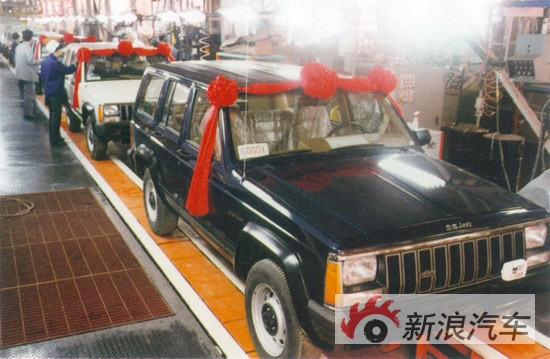 Found this beautiful old picture from the Beijing-Jeep factory in Beijing. It is 1985 and the first Beijing-Jeep Cherokee rolls of the line. It got an extra name for China: BJ213. The China-Cherokee came with a 2.5 4-cilinder, 5-speed manual and 4wd. Beijing-Jeep was a joint venture between Beijing Auto Works and American Motors Corporation (AMC). AMC was later bought by Chrysler and Chrysler by Benz. The Beijing-Jeep joint venture excist no more but the Cherokee is still alive.