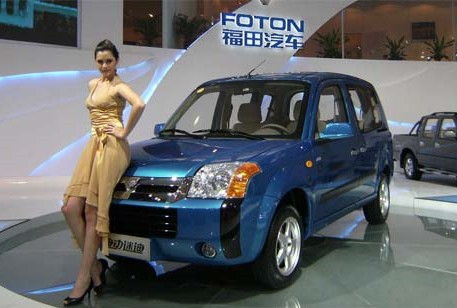 A giant step in the right direction; 36.000 slow charging stations in 2015. That is exactly what is needed to help sales of electric cars. Pricewise it is fine now with all the government subsidies, but where to charge? Beijing will help:

Beijing will build both fast charging and slow charging stations in a bid to promote the use of electric vehicles, according to the Beijing Times. A spokesperson for the Beijing Municipal Science & Technology Commission, Zhu Shilong, gave details about the capital’s plans to develop the use of new energy vehicles Tuesday.

Beijing has invested 20 million yuan ($3 million) in R&D of new energy vehicles, and there will be 30,000 electric passenger cars in operation by 2012, including 23,000 electric vehicles and 7,000 plug-in hybrid vehicles.

BAIC has completed the R&D and testing of the first 10 new energy vehicles and another 20 vehicles area in development, and are expected to be off the line by the end of the month.

Preferential policies such as new energy vehicle subsidies will also be implemented.