Subaru Likely to Begin Producing Cars in China From 2012 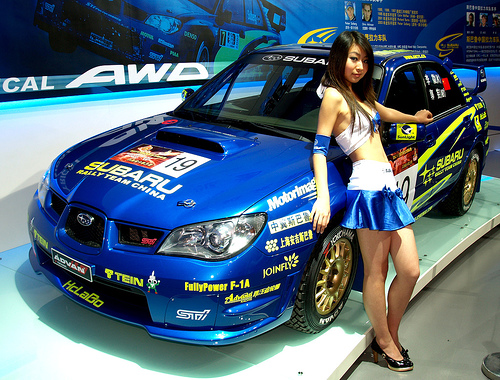 Subaru is going to try it again. Subaru was married to Guizhou Aviation Industry Corporation from 1992 until 2003. They made the Subaru Justy, sold in China as the Yunqu WOW. Sales were bad and Subaru pulled the plug. Now they want back in, but they are very late. According to an article from Bloomberg the ain’t found no new joint-venture partner yet. 2012 so seems early.

Fuji Heavy Industries, the maker of Subaru-brand cars, is likely to begin production of cars in China in the year starting April 1, 2012 to meet demand in the world’s fastest growing major economy.

The automaker will target annual sales of 100,000 units in the country, where industry-wide demand for cars may jump to 20 million units in 2011 from 17 million vehicles this year, President Ikuo Mori said in an interview in Tokyo today. An announcement will be made by the end of March, later than an earlier plan for the end of this year, he said.

Fuji Heavy’s sales in China rose 66 percent this year through November to 52,039 units, helped by introductions of the Impreza XV and Impreza WRX STI sedans this year and strong sales of its Legacy model. The company is currently the only Japanese carmaker that doesn’t build cars in China.

“The proportion of sales of locally produced cars is rising in China,” Mori said. “We are at a disadvantage” with taxes and duties boosting prices for imports, he said.

Sales volume of at least 100,000 units is necessary to offset the drop in profit from a 50-50 joint venture with a Chinese carmaker, Mori said.

Car sales in China, the world’s largest auto market, are expected to double to 34 million units by 2020, according to researcher J.D. Power and Associates.

Fuji Heavy will also announce a new five-year mid-term plan, in which the company will aim for global sales of as much as 900,000 units by fiscal year 2015 from about 660,000 this year, Mori said. While the U.S. will remain the company’s most important market, China will be more prominent than in its previous midterm plan, he said.

The company may also beat its 70 billion yen ($839 million) operating profit forecast this year, he said.

Fuji Heavy is also considering boosting car output in the U.S., which may be announced in the mid-term plan, Mori said. Subaru sales in the U.S. have risen 23 percent to 237,126 units this year through November.

The company expects industry-wide demand for cars in the U.S. to rise to about 13 million units in 2011, from about 12 million this year.

Fuji Heavy will shift production of minicars at its plant in Gunma prefecture, north of Tokyo, to a sporty vehicle known as the FT-86 it is developing jointly with Toyota Motor Corp., Mori said. The model will be ready by the end of next year, he said.

Toyota almost doubled its stake in Fuji Heavy in July 2008 to 16.5 percent to add capacity and speed up development of new models.

The automaker expects to post net income of 50 billion yen in the year ending March 31, compared with an earlier forecast of 23 billion yen.