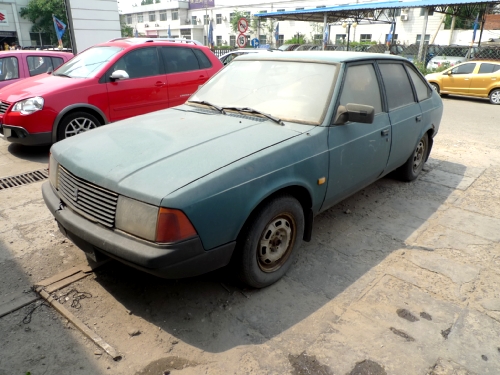 The Moskvitch Aleko 2141S was made between 1986 and 2000 by the Moskvitch Stock Company in Moscow, Russia. From the late 1980’s the car was exported as ‘Aleko 2141S’ to mostly Eastern European countries. Some however, ended up in China. I found this not too good looking example near a small car repair shop in Beijing. 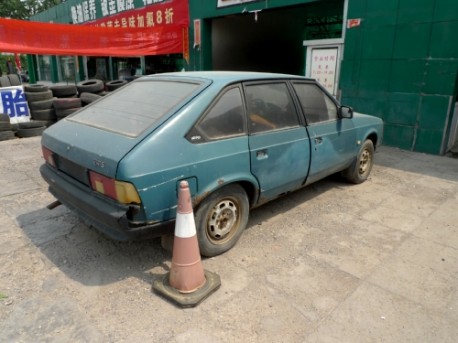 The Aleko was partially based on the Simca 1307. Moskvitch bought a licence to the bodyshell and fitted its own drivetrain underneath. Moskvitch’s engineers and designers were reportedly not happy with the Simca-shell because they believed the had designed something better themselves. The Simca-solution however won the day because it was much cheaper. 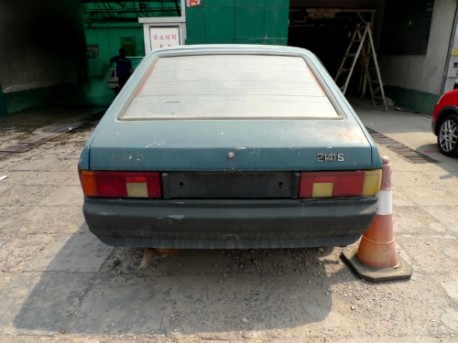 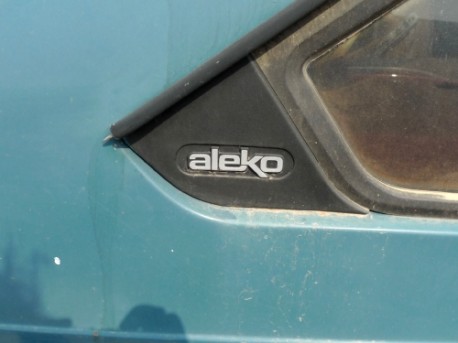 I asked a gentleman at the repair shop about the Aleko. He told me it was a project from ‘a friend’. The friend was trying to get it back on the road again. A good thing, Moskvitch’s are made to ride.

Last tax registration dated from 2008 (visible by the small stickers behind the front screen) and the car didn’t look very road-ready. Not much rust though, thanks to Beijing’s desert-like climate, so the Aleko might indeed roar again one day. 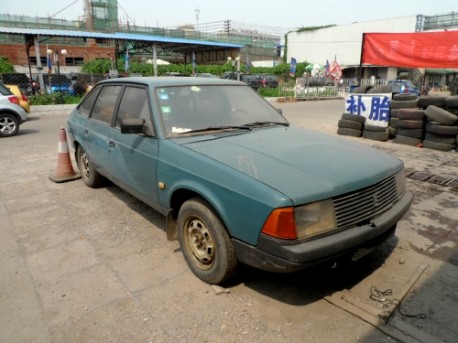 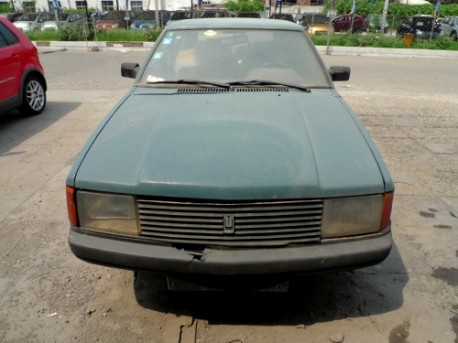 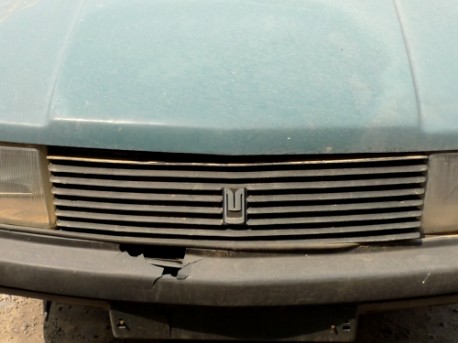 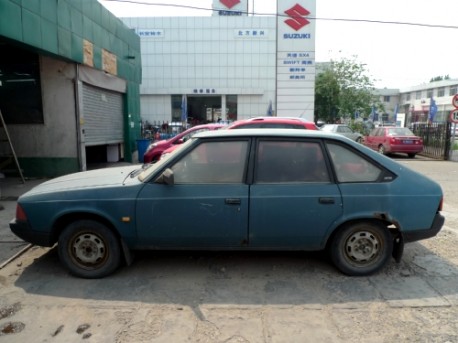 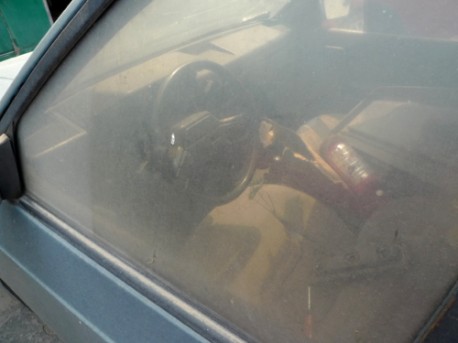 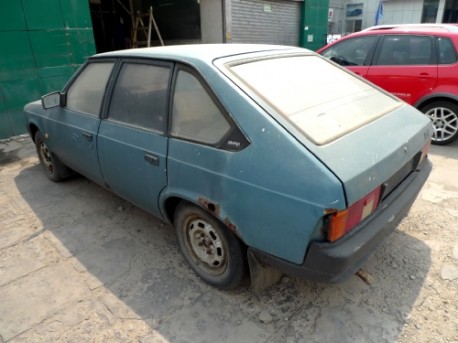