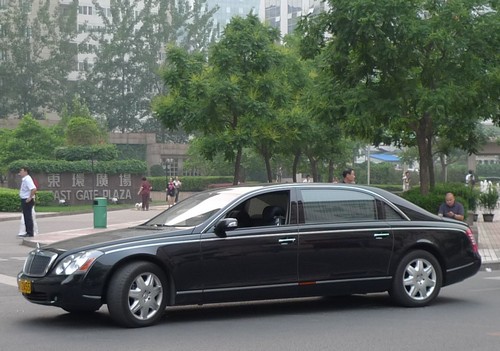 Another Maybach in my street, one might think I live in a good neighborhood. The man in the grey shirt on the right of pic was the driver. We smoked a cigarette and talked cars. I asked him why his boss hadn’t bought a Rolls Royce which was more beautiful. I expected an answer like: ‘the Maybach is much better!’ Instead the driver said that his boss indeed thought the Roller a more beautifull car but that he bought the Maybach anyway because it was more expensive. All Rolls needs to to is ask more money for their cars! 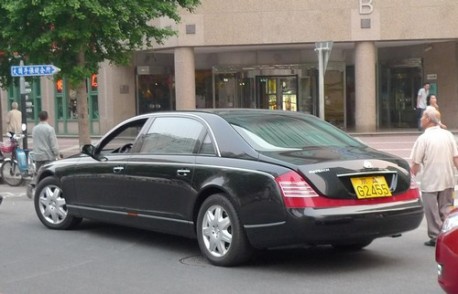 Rolls however does not seem to know this. Other makers of extremely expensive cars do, they bring special ‘China Editions’ on the market for China only, costing much more money than the standard car. Bentley does it, Lamborghini does it, Ferraro did and does it,  and Spyker will do it. All thise special editions are usually sold out the second they are announced. 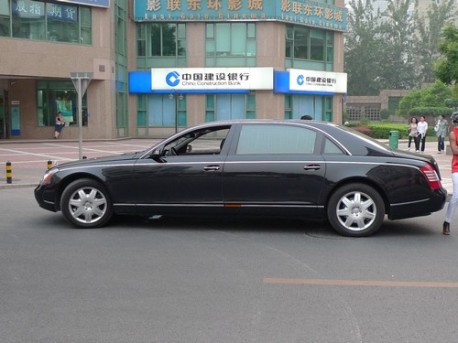 As long as Rolls Royce doesn’t come up with a more expensive car or a China special, Maybach can lean back and enjoy the ride.