Renault industrial espionage scandal may have been a hoax 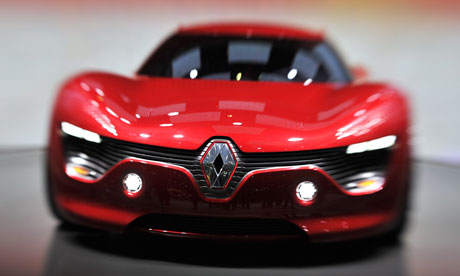 China accused of spying on Renault.

The saga of a suspected spy ring, in which insiders were thought to have sold secrets of its electric car technology to shadowy foreigners, has been likened by the French press to “an incredible thriller” worthy of John le Carré.

When it emerged in January that three executives had been escorted from their offices at Renault’s Technocentre outside Paris, the French government warned it was the victim of an “economic war”. President Nicolas Sarkozy ordered his intelligence services to investigate a Chinese link, which threatened to trigger a diplomatic row.

Renault never detailed its exact accusations against the three executives but the investigation centred on alleged bank accounts in Switzerland and Liechtenstein through which the spies could have received cash for revealing Renault’s secrets, in the competitive automobile world’s race to produce the most effective electric cars.

A source close to the French intelligence services investigation has told Agence France Presse that no accounts in Switzerland have been found. Nor have any Liechtenstein accounts been uncovered, according to a different source.

As the government faces international embarrassment over the case, the French intelligence services chief and Sarkozy loyalist, Bernard Squarcini, insisted an industrial espionage inquiry was continuing.

But Renault’s number two, Patrick Pélata, told le Figaro on Friday there were elements of doubt. “Either we are confronted with a case of espionage and a senior security executive is protecting his source despite everything … or Renault is the victim of a manipulation, which we don’t know the nature of but which could be a fraud.”

All three accused executives are suing Renault, saying they have done nothing wrong. Pélata said he would reinstate them if “all the doubts are lifted”.

“When the inquiry is finished, we will accept all the consequences up to the highest level of the company, that is to say up to myself,” Pélata said.

The French media have speculated that the hoax or “manipulation” could be a case of internal office politics at Renault but Libération said the baroque sagaremained a mystery.

The case has strained relations between Renault and the government – the carmaker has came under fire for not informing authorities of its suspicions soon enough and carrying out a private investigation first.

French finance minister Christine Lagarde said on Friday that Renault would have to face all the consequences. “What counts today is getting to the truth and getting there quickly and, if the suspicions were unfounded, that justice be done, confidence restored and compensation paid,” she told French radio. “One shouldn’t shoot without a sight or accuse without proof.”