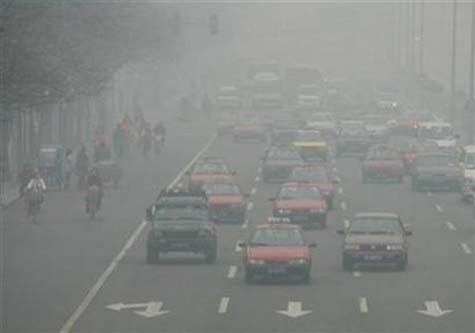 Beijing will apply a stricter emission standard for the city’s five million motor vehicles next year to reduce automobile exhaust, the biggest source of air pollution in the Chinese capital, an environmental official said Saturday.

“Beijing will impose the national standard V for vehicle emission in 2012 ahead of schedule, which will be around the same time a similar standard is imposed in developed countries,” said Zhang Lijun, vice-minister of environmental protection.

Zhang made the remarks at a press conference on the sidelines of the annual session of the National People’s Congress, China’s top legislature, but he did not mention the original schedule to apply the new standard.

The latest official comment on imposing the standard V came last September from Du Shaozhong, vice-director of Beijing’s environmental protection bureau. He only said that Beijing would impose the standard V as soon as possible.

The number of motor vehicles on Beijing’s roads more than quadrupled from 1 million in 1997 to 4.76 million at the end of 2010, leading to widespread congestion and hampering the city’s environmental protection.

Research has shown that more than three quarters of total air pollution comes from vehicle carbon monoxide and hydrocarbon emissions in large cities including Beijing, Shanghai and Guangzhou. Beijing municipal government raised vehicle emission standards four times from standard I in 1999 to Standard IV in 2008.

With each raise, pollutant amount from a single vehicle dropped by 30 to 50 percent. At the end of last year, in order to ease traffic congestion and improve the environment, the city decided to adopt a lottery system that limits new issued car license plates to 240,000 in 2011, about one third of the number registered in 2010.

In addition to imposing the emission standard V, the municipal government will strengthen dust suppression to improve the environment, said Zhang. According to him, air quality in Beijing has improved relatively a lot in the last several years. In 2010, the number of days with air quality classified as excellent and good accounted for 78.4 percent of the whole year, an increase of 14.3 percent from 2005.

Zhang acknowledged that China currently uses an air-quality index that better fits developing countries but is less strict than the indexes used by developed countries. He also said the government is drawing up a program to make sure Beijing and its surrounding regions work in concerted efforts to combat air pollution.

“We will implement the program stringently in the next five years. I believe that air quality in Beijing will improve significantly with the implementation (of the program),” he said.