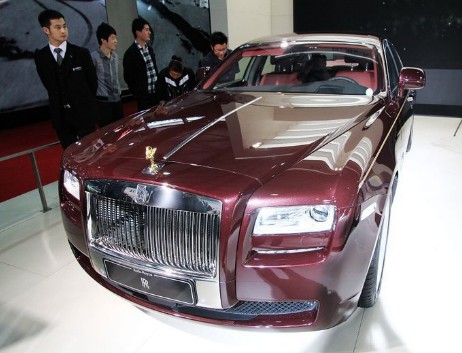 A one-off Rolls-Royce Ghost for the Shanghai Auto Show called the ‘China Edition’. A special dark-red color, a golden Spirit of Ecstasy and some carbon touches. But the best is in the interior, all bright red with thick red floormats. It reminds of the Hooper-tuned Rollers of the ’80’s. Super bling and already sold. In Shanghai also the world premiere of the EWB Ghost, later more on that one. This China Edition is not extended. 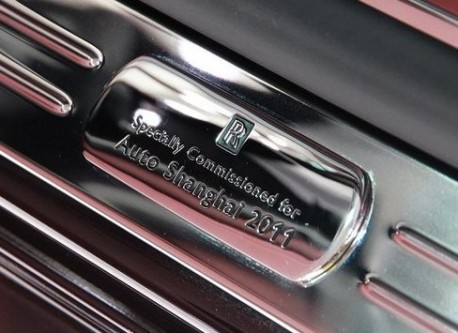 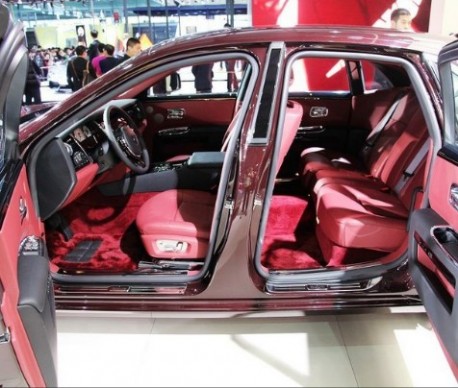 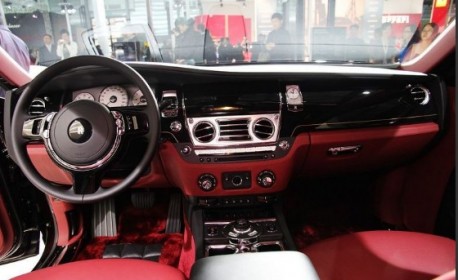 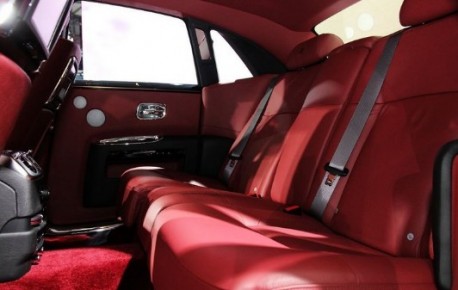 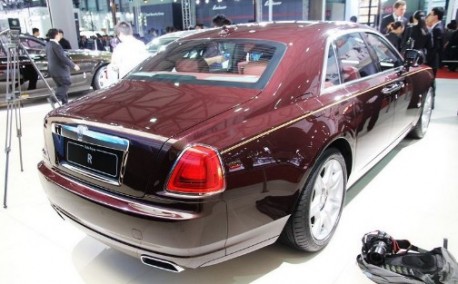