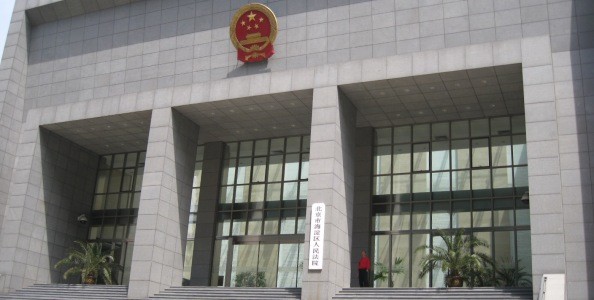 New developments in the mad scramble for license plates in Beijing. Residents of the Chinese capital don’t get a plate anymore just when they buy a vehicle. They have to be lucky in a lottery with far more players than prizes. Smart Beijing car buyers have now turned their attention to the courts. Not to sue the government about the ridiculous law but to bid for cars that have been impounded.

These cars come with a plate that stays with the car after auction, car buyers so don’t need to join the lottery anymore. Each of Beijing’s 14 districts has its own court were auctions are handled. The sales rate of impounded cars in Xicheng District is up to over 80%, last year that was only 30%.

Best thing is, the new owner of an impounded car can keep the plate, even without the car. What happens now is that buyers buy themselves a cheap impounded car, scrap it, and use the plate for another new vehicle of their own choice.

But since more and more buyers are finding their way to the court prices go up fast. An old Shanghai-Volkswagen Santana worth only 20.000 yuan went for 60.000 yuan instead. Just for the plate indeed.

It is yet unsure whether the Beijing government will close this loophole. They did close all other loopholes that were found earlier so it is likely just a matter of time before the good days at court are over.