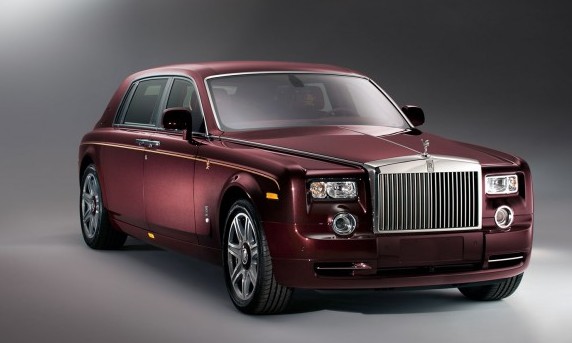 Rolls- Royce sold out a $1.2 million Year of the Dragon Phantom model introduced to lure buyers in its biggest market of China, where the company predicts growth will be less “explosive” in 2012.

Chinese customers want highly bespoke cars with features such as drink cabinets and embroidery, Rolls-Royce Motor Cars Chief Executive Officer Torsten Mueller-Oetvoes said today. To meet demand, the company will add dealerships in mainland China’s so-called second-tier cities, adding to the 14 it has in Greater China including Hong Kong, the city with the highest density of Rolls-Royce drivers in that region, he said.

Buyers in China want “marvelous embroidery work, so for that reason we’ve created a Year of the Dragon special edition for the Phantom,” Mueller-Oetvoes said in a Bloomberg Television interview in Hong Kong. “It is red, of course, also as being the color of luck.”

Rolls-Royce is catering to a market that has become the biggest for automakers from Bentley Motors Ltd. to General Motors Co. and where the number of millionaire households has surged by almost a third. The London-based maker of luxury cars faces the prospect of slower demand in China as growth may ease in the world’s second-largest economy this year.

Rolls-Royce began taking orders for the Dragon-year Phantom in August and sold out the model within two months, said Hal Serudin, a Singapore-based company spokesman, who declined to provide sales figures. Prices for the special model start at 7.4 million yuan ($1.2 million), he said.
Hand-Painted Dragons

Features of the special-edition Phantom include a gold dragon hand-painted on the side of each wheelbase, the mythical creature embroidered on headrests, and hand-stitched cushions for rear passengers.

Rolls-Royce will add fewer than 10 dealers in Greater China this year, Serudin said. The carmaker currently has 14 dealerships in Greater China, which includes mainland China, Hong Kong and Taiwan.

“I’m optimistic that we will see growth in the Greater Chinese market,” Mueller-Oetvoes said. “It might not be as explosive as it was a couple of years before, but I’m very confident.”

The number of millionaire households in China jumped 31 percent in 2010 to 1.11 million, ranking it third behind the U.S. And Japan, according to a Boston Consulting Group survey released last year.

Growth at Rolls-Royce may ease in tandem with a slowing economic outlook for China. The nation’s economy may expand 8.5 percent this year, receding from an estimated 9.2 percent in 2011, according to the median estimate of economists in a Bloomberg News survey.