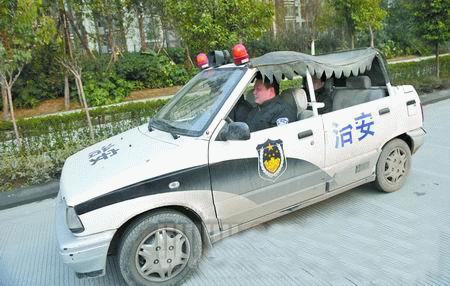 Here we have a very interesting vehicle that was used in 2008 by lucky man from the traffic police in the great city of Chengdu in Sichuan Province. It is a convertible police car based on the old Suzuki Alto that was made by the Chang’an-Suzuki joint venture.On the first pic the Alto with the roof up. 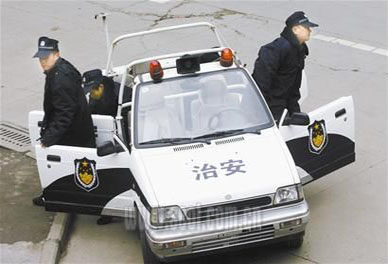 With the roof down. The idea was to enable traffic police officers to direct traffic while driving. Note the handle-bar behind the front-seats, this is where the officer could keep himself steady with one hand while directing traffic with the other. This makes this little Alto some sort of parade car. 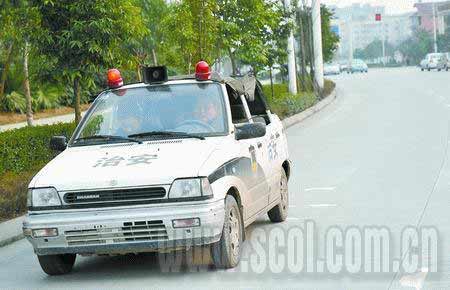 As far as we know only one Alto Police Convertible was made, it likely didn’t work for some reason. Too bad because it loox kinda cool. The car reminds me of another Alto convertible that was made by a mad man, from Chengdu as well.

The Alto by the way is still in production in China, now made by Jiangnan Automobile. 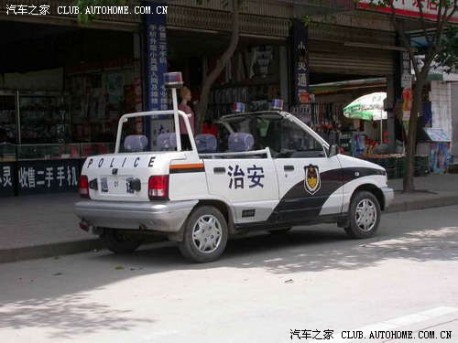 Upper-part of the handle bar taken down here. 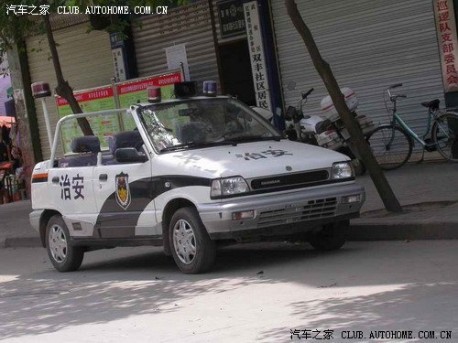