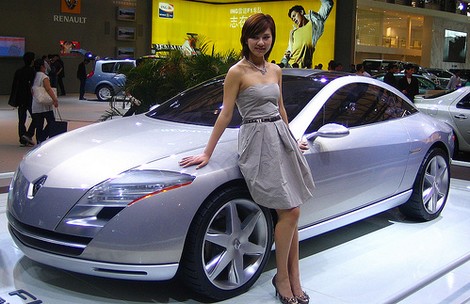 China has withdrawn support for foreign investment in auto manufacturing under new rules that took effect Monday, as it seeks to encourage the domestic industry in the world’s largest car market.

The guidelines — released by the National Development and Reform Commission (NDRC) and the Commerce Ministry on December 30 — signal an end to incentives for foreigners and discourage fresh projects in China.

“It’s a government decree that has legal force,” he told AFP.

The move comes as sales in the world’s biggest market are slumping and Beijing tries to shore up the economy by helping domestic companies and opening up other industries to foreigners such as environmental technology.

Growth in China’s auto sales hit the brakes in 2011 after Beijing rolled back sales incentives and some cities imposed restrictions on car numbers.

Total sales rose just 2.5 percent to 18.51 million units last year, the China Association of Automobile Manufacturers said earlier this month, compared with an increase of more than 32 percent in 2010.

The new obstacles to foreign auto makers come “because of the need of the healthy development of domestic auto making,” the official Xinhua news agency said at the time the government announced the rules.

Some of the world’s biggest car firms, including GM, Honda and Volkswagen, have long had operations in China, but Xinhua said the government would “withdraw support for foreign capital in auto manufacturing.”

Despite the new rules, French automaker Renault — one of the few major companies that is not building vehicles in China — said this month it plans to begin production in China with its local partner Dongfeng as early as 2014.

Volkswagen also announced this month plans to build a plant in the eastern city of Ningbo.