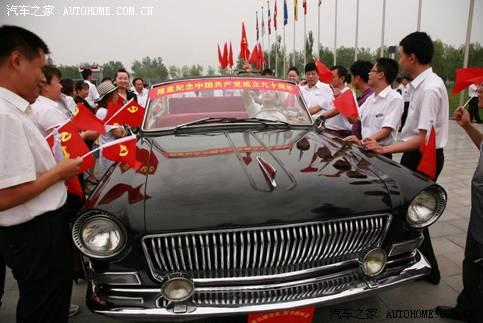 Dongfeng Automobile jumped 10 percent, the first time it climbed by the daily limit since November 2009, and traded at 3.81 yuan as of 9:46 a.m. in Shanghai. FAW gained 4.9 percent to 10.78 yuan in Shenzhen. Great Wall Motor rose 3.6 percent to 14.51 yuan, set for the highest close since its Shanghai share sale in September.

All 412 models approved for purchase by state agencies this year will be limited to Chinese brands, according to the Ministry of Industry and Information Technology. The move will help local brands gain in the government fleet’s 80 billion yuan ($12.7 billion) market at the expense of foreign carmakers such as Volkswagen, General Motors (GM) and Toyota, China International Capital Corp (CICCZ). said in a report today.

“This signals strong government determination to cultivate China’s own auto industry,” analysts led by Zheng Dong wrote in the CICC report. “Government support of local brands is greater than expected, even though rumors about the policy were many in the past several months.”

Overseas brands accounted for about 80 percent of the official pool, according to Guotai Junan Securities Co. In the broader market, they account for 7 of every 10 cars sold in the country, which overtook the U.S. in 2009 to become the world’s largest vehicle market, according to data from China Association of Automobile Manufacturers.

The Ministry of Supervision estimates the state operated a fleet of at least 5.2 million vehicles as of November 2007 — more than the total number of cars sold in Japan last year.

Vehicles used for official purposes such as tax collection must have an engine size no bigger than 1.8 liters and costing at most 180,000 yuan, according to the government rules. Manufacturers must have spent no less than 3 percent of their core revenue on research and development in the past two years to qualify for the government list, the rules say.

“Most countries use official cars as a way to showcase the domestic auto industry, so we see this as a natural progression of the development of China’s automotive industry,” Janet Lewis, Lin Zhixuan and Aaron Qi, analysts at Macquarie Group Ltd., wrote in a report today.