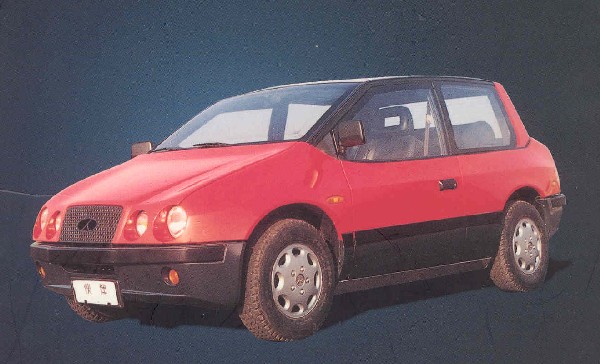 Today in China Car History a very rare Chinese car with American roots and an American engine. This is the JIAD Buddy, made in 1998 by Jiaxing Independence Auto Design and Development, abbreviated JIAD, from the great city of Jiaxing in Zhejiang Province. JIAD was a joint venture between Asha Engineering from Santa Barbara, California USA, and Taisun Automotive from Singapore. The JV was formally established in 1994. 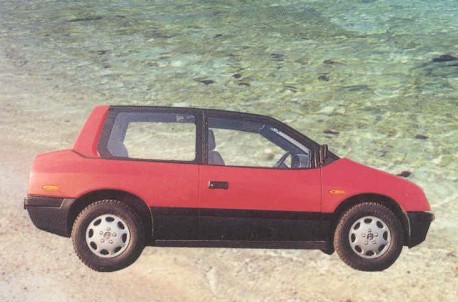 Keep in mind; that was still very early in time. Beijing-Jeep started in 1984, FAW-Volkswagen in 1991, and Shanghai GM only in 1997. The plan was to make 10.000 Buddy’s a year in Jiaxing to be sold as taxi’s in China and other countries in Asia, including Singapore.

The Buddy was based on the ABC, or Asha Body Concept. Asha Engineering was by that time part of the McLaren Automotive Group and was at the same time working on a “China Car” concept for Chrysler Corporation, Chrysler too had plans to make a cheap car in China. Chrysler however backed off but Asha Engineering believed it was a good idea and decided to go to China anyway. They found Taisun as a partner and started work in Jiaxing in 1994. 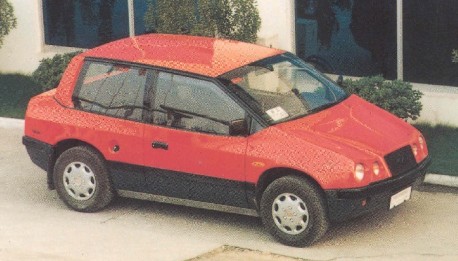 After 4 years of setting up the factory and development work the ‘Buddy Taxi’ finally debuted at the 1998 Beijing Auto Show. Its biggest unique selling point was its ‘FRP’ body, FRP standing for ‘Fiberglass Reinforced Plastics’. This allowed swift production, low maintenance costs and easy repairs. The Buddy was favorable received on the Beijing show, it was truly something new, in 1998 Beijing’s taxi fleet consisted of yellow minibuses, red Xiali minicars and some Volkswagen Santana’s.

JIAD’s timing however, couldn’t have been worse. 1998 saw the beginning of the ‘Asian Crisis’ which dampened hope for any export of a new and untried vehicle. China too was postponing major investments such as renewing its taxi fleet. McLaren, still parent of Asha Engineering, wanted out, and fast. 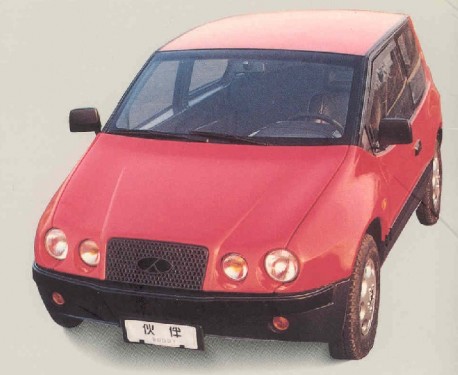 In July 1998 Asha Engineering signed a new agreement with its partner Taisun Automotive from Singapore. Asha effectively stepped out of the joint venture and agreed to a royalty-fee per produced car. The technology for the Buddy went to Taisun. Asha however was free to sell its ABC-technology in other countries.

Sadly, Taisun didn’t have the resources to make the Buddy work, even though it did claim ‘major orders’ from China and Mongolia. The Asian crisis hit in and the company’s Singapore operations got into trouble. Taisun quietly ended the whole JIAD-operation in late 1999. Cars made: one (1) and that indeed is the red car on all pics in this article. JIAD also made some 15 engineering prototypes but these didn’t look like the real car and were all destroyed. What happened to the only Buddy is not sure. Now more about that car! 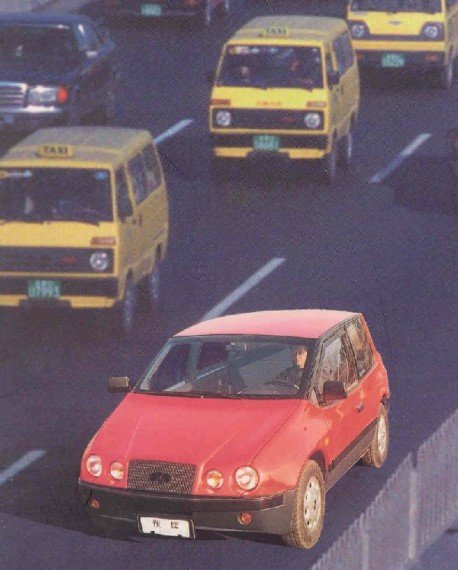 The Buddy badly Photoshopped on a Beijing road, with yellow taxi-minivans. Pic from a 1998 JIAD brochure.

Most interesting things first. Power! The engine for the Buddy was the 2.2 CA488 four-cylinder from First Auto Works, better known as FAW. This engine was none other than Chrysler’s KL4 engine, Chrysler sold the KL4 production line to FAW in 1987, FAW used it to power its Audi-based Hongqi-branded cars and also sold it to other car makers including JIAD. This engine deal had nothing to do with Chrysler’s later dealing with Asha on the ‘China Car’, it was just an interesting coincidence.

The CA488 was rated at 56kw and 157nm. Transmission was a 5-speed manual and the Buddy was front-wheel drive. JIAD did not disclose top-speed or acceleration. Size: 4250/1920/1690, wheelbase was 2520. A two-door car is actually a strange design for a taxi since passengers have to climb to the rear-bench via the right door. This takes time and is annoying. A 5-door Buddy might have had more chance… 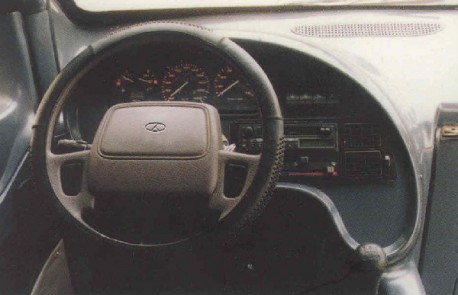 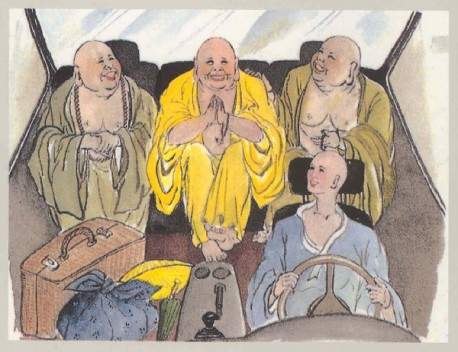 Three Buddhist monks sitting very comfortable in the back of the Buddy. The Buddy indeed was with 1920mm a wide car.., but three monks?

Well then! The Buddy is sadly gone, Asha Engineering is dead, Taisun still exist as a China-registered scooter maker and McLaren makes the MP4-12C, among other things. Still this adventure seems a missed opportunity. They were there in time, long before the Chinese automotive boom. If they had stayed, billions might have been made! It didn’t happen, but the Buddy lives on, in memory…

Many thanks to Erik from ChineseCars.net for pictures, info and specs.