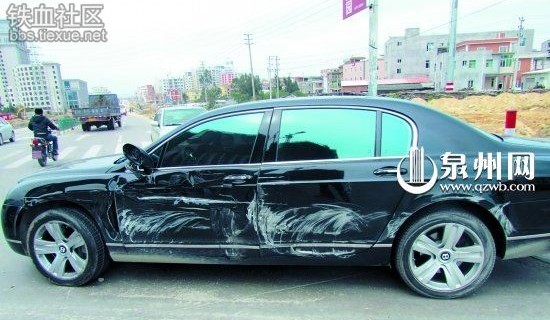 Here we have a fine car crash in China and a supercar involved. This accident happened inside the Quanzhou Taiwanese Investment Zone (web) nearby the great city of Quanzhou in Fujian Province. Players involved: a Bentley Continental Flying Spur and a Sintotruck truck. 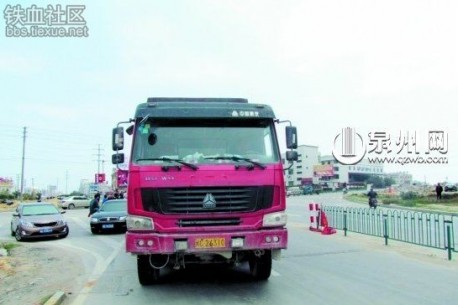 The truck rammed the Bentley full in the flank causing extensive damage to the bodywork, the truck itself seems fine. Police said the truck driver was at fault and therefore we have another nasty insurance-situation.

The truck driver was only insured for the standard maximum of 200.000 yuan. The Flying Spur however costs 2.9 million in China, damage to this particular car was estimated at 380.000 yuan. If the driver works for a trucking company his boss will pay the bill, if not, he’s got to pay it all by himself. He better get this poster! 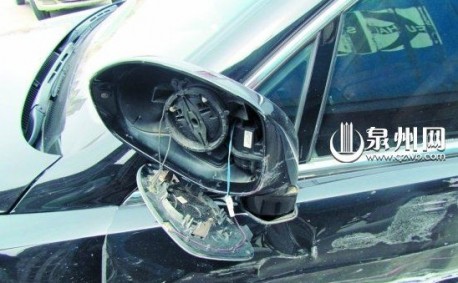