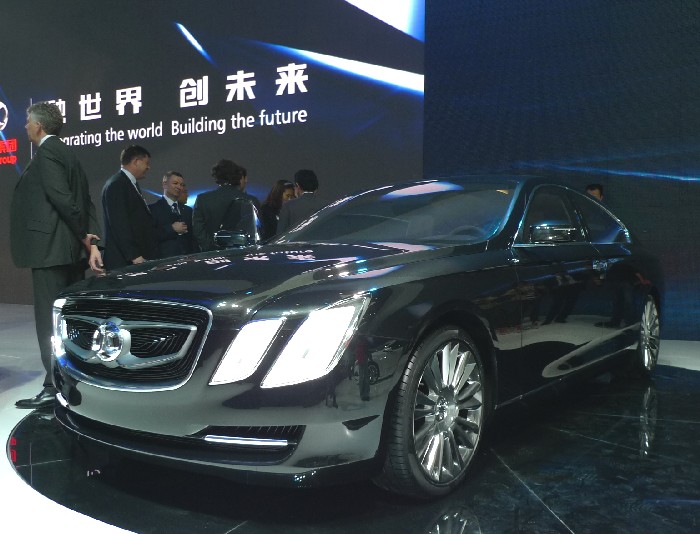 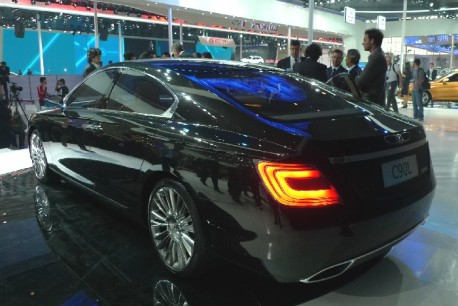 The C90L was designed by Mr. Leonardo Fioravanti, owner and chief-designer of Fioravanti Design from Italy. He did a nice job bit borrowed a bit too much from the Volvo Concept Universe that debuted at the 2011 Shanghai Auto Show and there is a lot of Bentley on the back. Fioravanti also designed the B70G. 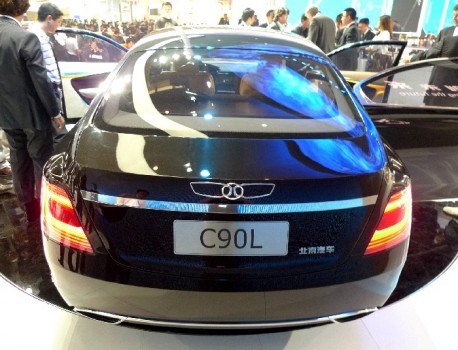 Platform for the production version is rumored to come from the Mercedes-Benz E-class that is made in China by the Beijing-Benz joint venture. The C90L concept, so Beijing Auto says, is powered by a 6.0 V12. They didn’t show it. The real thing will likely be powered by a souped-up version of Saab’s old 2.3 turbo. Beijing Auto doesn’t have any bigger engines at the moment and Benz might sell ‘m the platform but I seriously doubt they will sell Benz engines as well. 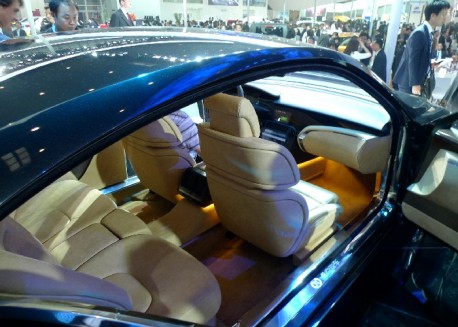 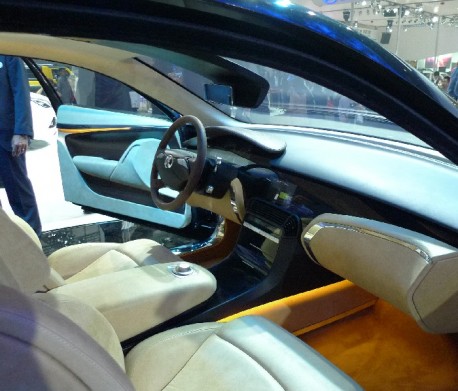 Those dials, have to be very small.