Gan Lulu back in Business, but she didn’t sleep too well… 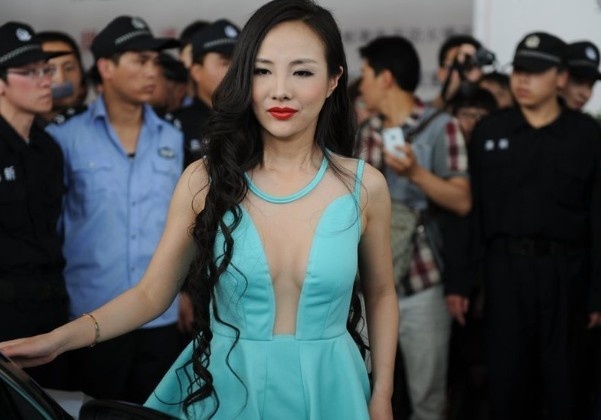 China’s very hot ‘actress’ Gan Lulu caused quite a big stir in China when she appeared almost naked at the Beijing Auto Show last month. The Chinese central government stepped in and said car models had become too sexy and thereby caused a “negative social impact.” There were zillions “scantily-clad models” at the show but everybody was looking at poor Gan Lulu, like it was all her fault… She went dark for almost a month but came back with a bang yesterday at the Weifang Auto Show, a rather local show in Shandong Province. Gan Lulu dressed definitely less naked than before and she looked like she hadn’t slept for weeks. 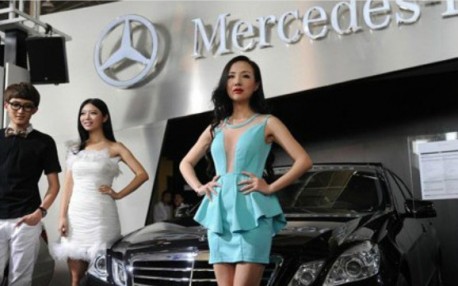 Gan Lulu had a job for Benz in Weifang, guess the local dealer did that, now way the Germans would approve. Gan Lulu is a model/tv personality/B-movie star/singer. She was born on September 19, 1985 in the great city of Xinyang in Henan province. Her constellation is Scorpio. Blood type is AB. Height is 165cm. Weight is 43kg. She ‘studied’ at the Beijing Dance Academy and once did a photoshoot for Gucci. Bio via: Baidu.com. 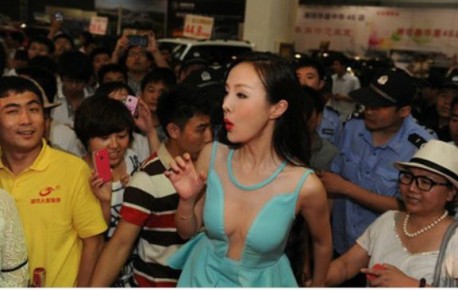 The women with the white hat on the right is Lulu’s mother, and her manager.