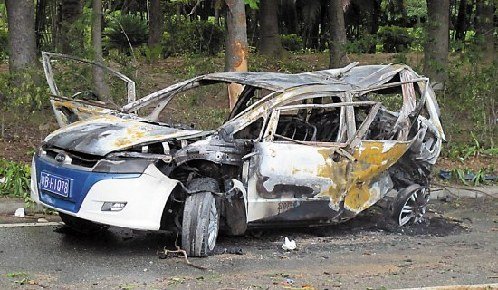 A horrible accident in the city of Shenzhen in Guangdong Province on the early morning of May 26. A Nissan GT-R crashed with two taxi’s, one patrol-powered Volkswagen Santana and one electric BYD e6. The BYD e6 bursted into flames, killing two female passengers and the driver. The driver and passenger of the Santana were slightly wounded and were taken to a hospital.

The driver and passenger of the Nissan GT-R fled the scene but later turned themselves in, both were drunk and involved in a drag race with a BMW when the accident happened. Why the e6 burned like it did is yet very uncertain, police is investigating what exactly happened. Still, investors are extremely worried about implications for BYD’s electric vehicle sales and sent stock down with almost 9% this Monday morning. The stock has since recovered but was still down 2.53% when the Chinese stock market closed 20 minutes ago. 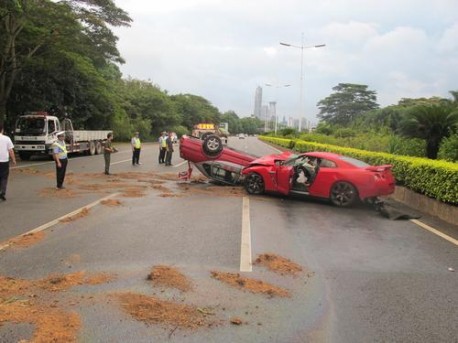 The GT-R and Santana taxi. Witnesses at the scene said the speed of the Nissan was at least 180km/h. 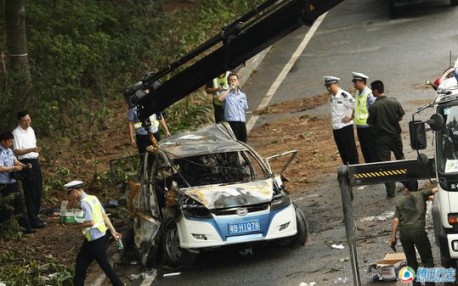 The front of the e6 seems largely intact. Most damage is in the middle and at the back. The battery pack of the e6 is located in the belly pan of the vehicle; half under the floor of the driver’s seat and half under the area where the passenger’s feet would be. This is indeed the area where the flames seem to have started. How the GT-R exactly hit the e6 is not clear. The GT-R came to a stop after it hit the Sanatana so it likely hit the e6 first. 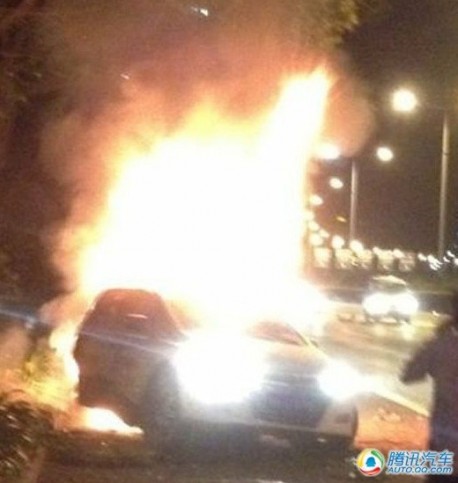 Pic of the fire seems to confirm the flames started in the middle. No flames up front and the head lights are still working. So much however for our amateur research based on not too clear pictures. Let’s hope Shenzhen police finds the real reason for the fire as quickly as possible. 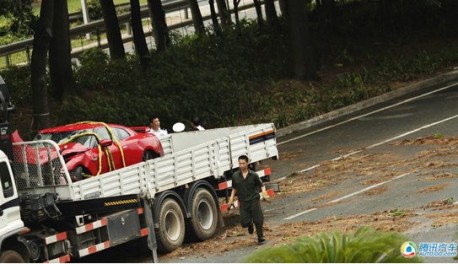