Hongqi H7 is Ready for the Chinese auto market 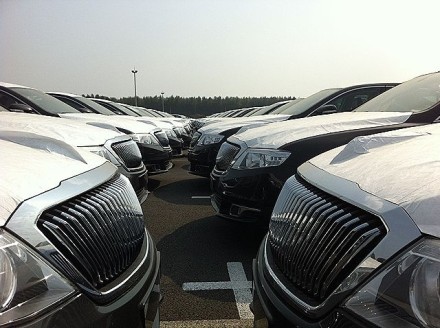 Production of the new Hongqi H7 seems to come on steam, this pic was taken a few days ago on a giant parking lot near the factory in Changchun. The Hongqi H7 will hit the Chinese auto market in October, production started in July and it debuted on the Beijing Auto Show in April. 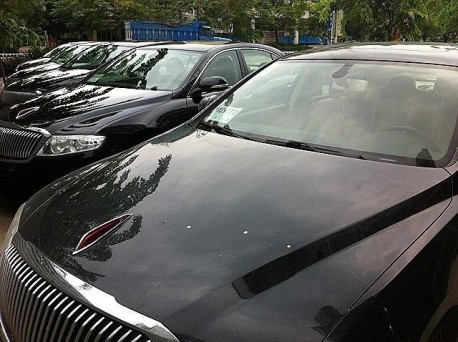 The Hongqi H7 is based on the Toyota Crown that is made in China by the FAW-Toyota joint venture. The H7 will have to compete with cars like the Audi A6L, Mercedes-Benz E-class, BMW 5-series, Volvo S80 and that Toyota Crown. There will be three engines available: a FAW-developed 2.0 turbo and two V-sixes from Toyota: 2.5 and 3.0, these engines also power the Crown. Price is expected to start around 250.000 yuan.