This is a Jeep Cherokee, the Chinese Way 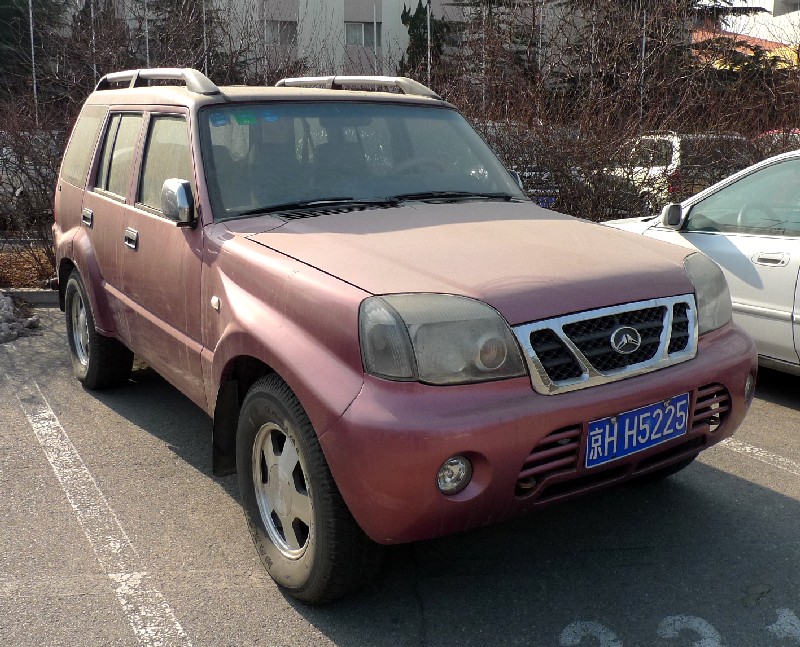 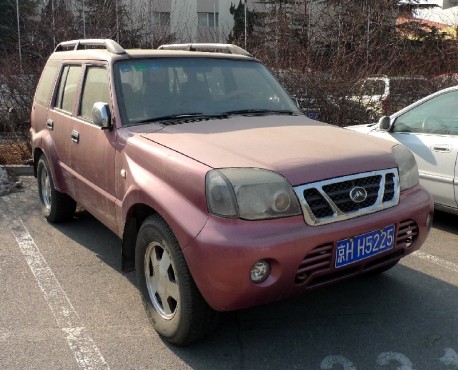 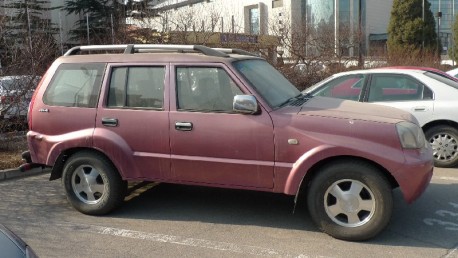 The hard points of the Cherokee were unchanged and the body was the same from the A-pillar until the D-pillar. Beijing Auto got creative with the front, the back, and especially with the wildly shaped body panels over the wheel arches. Flame surfacing was invented in China, long before Bangle did it on a BMW. 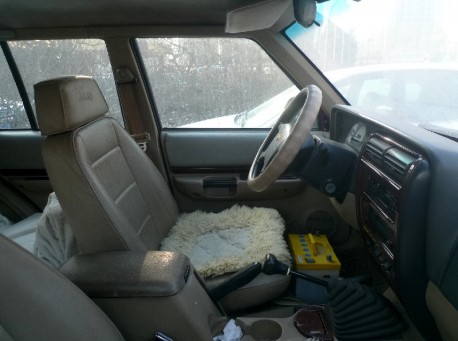 Dashboard exactly the same as the 2003 version of the Beijing-Jeep Cherokee. The center console and door panels are different. Note Jeep-logo on headrest, straight from the Beijing-Jeep supply chain, Beijing Auto Works didn’t bother to design something different there.

It was, as it is today, very common for the Chinese partner of a joint venture to make a car under its own brand based on a foreign-designed car that is made by that very same joint venture. Mostly that is perfectly legal, with a contract and such, but sometimes it isn’t. Beijing Auto Works, a good old fashioned state owned company, didn’t really care about what was legal and what was not, they just did things.

The Leichi was one of those things they did. The Americans knew all about it, a production line is hard to hide, even in China, but were powerless to do anything to stop it. And, looking back, that’s for the good! Because otherwise this weird thunderous galloping car  probably wouldn’t have been born in the first place. The Jeep Cherokee by the way is still in production today, now called the Beijing Auto Knight S12, they did that one too. 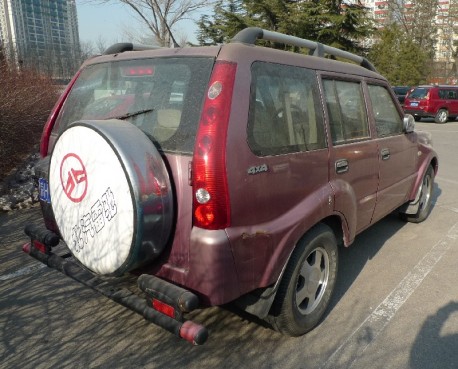 Eye catching surfacing over the rear wheel arch. The Leichi was powered by the same American designed 2.5 liter four-cylinder as the Cherokee. In the early years of Beijing-Jeep the engines were imported from the US, later on they were made in China.

But not only by the joint venture! Other Chinese engine makers also made engines based on the 2.5, mostly backed by BAIC. The Leichi has such an engine under the bonnet, a 2.4 liter variant of the 2.5 with 100hp and 190nm, sending power to all four wheels via a 5-speed manual. This very engine is still in production today, powering various BAW automobiles, and it will be used to power the upcoming Beijing Auto B40. Engines live long in China! 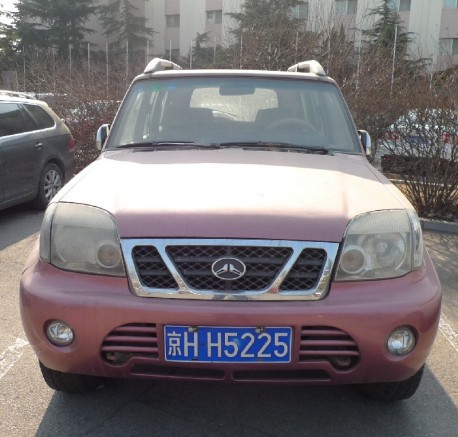 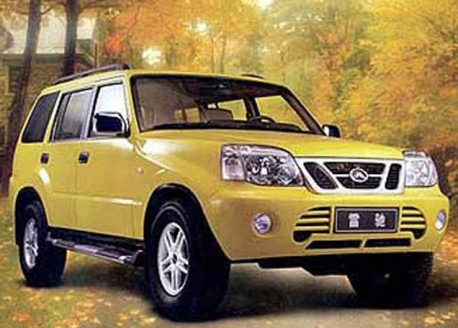 Factory advertisement for the Leichi, a yellow car Photoshopped neatly in an autumn forest. 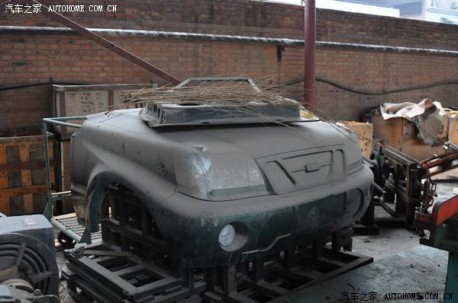 But I saved the best for lest! These are extremely special pictures showing a wooden mock-up from the Leichi, likely from the BAIC design studio. The mock-up was found on a secret storage area close to the factory. Design seems almost final here, only the shape of the rear lights differs slightly. 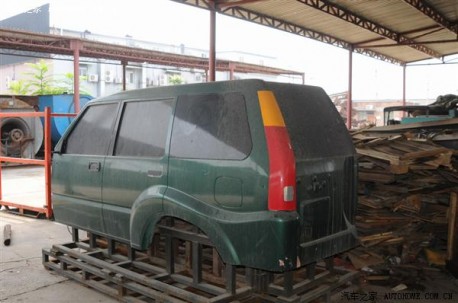 Well, the Leichi might not have been the most pretty of cars, but it certainly is a part of China’s short but tumultuous automotive history! 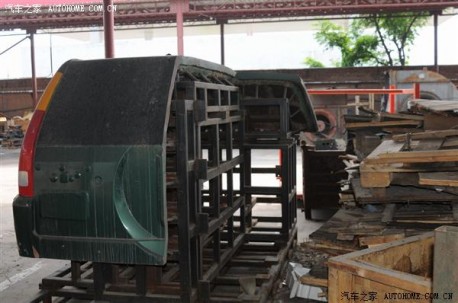