Suzuki SX4 is a Patriot in China 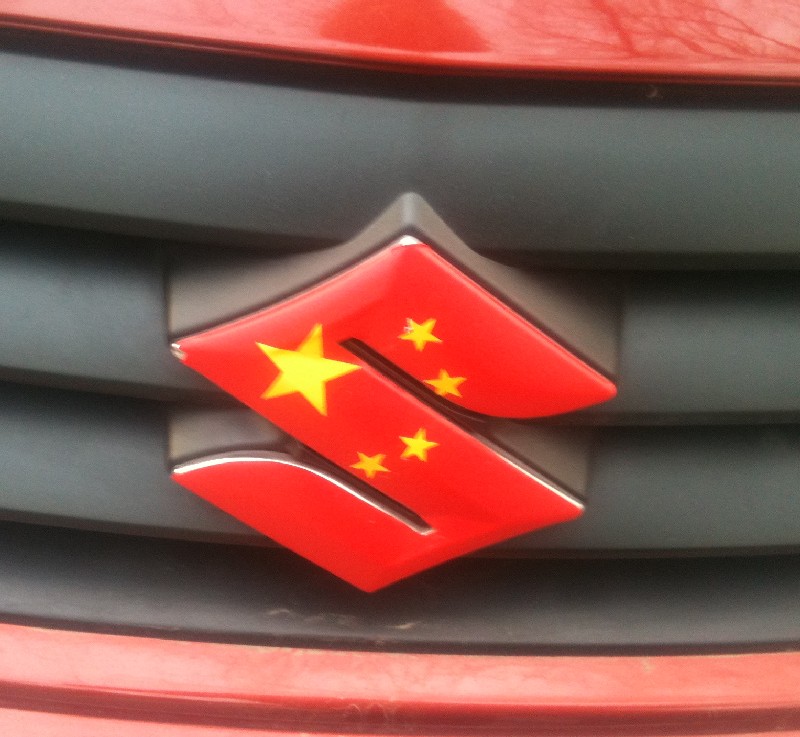 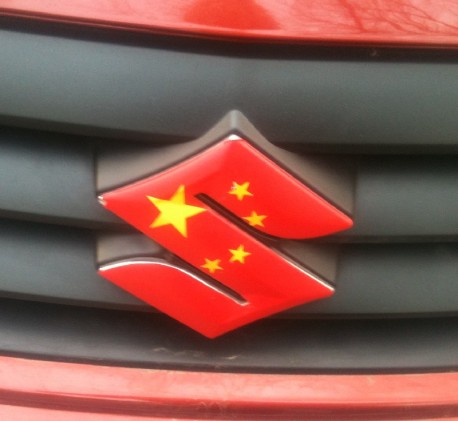 A Suzuki SX4 with a Chinese flag over the Suzuki logo. China and Japan are still battling it out at sea, over a few small islands that happen to lay on one of the world’s busiest shipping lanes and likely contain loads of gas and oil. Sales of Japanese cars have gone down fast since the row started and continue to fall. 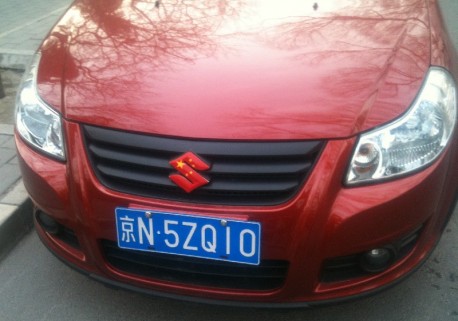 In September last year things got really hot with Chinese protesters destroying Japanese cars on the streets. That doesn’t happen anymore but owners of Japanese cars are still afraid. Many therefore cover the brand logo’s of their cars with stickers showing the Chinese flag. Earlier on we met a patriotic Toyota Tundra and a patriotic Mazda 6. 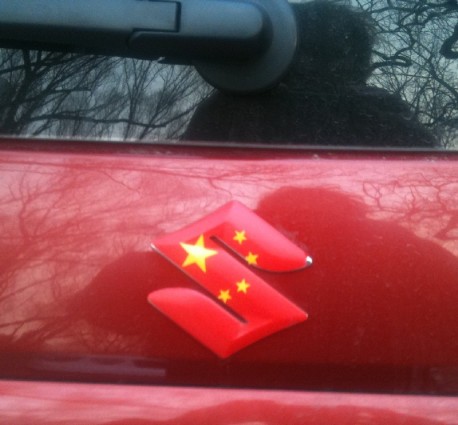 This Suzuki sticker however is extra special because it is made to fit the Suzuki logo exactly. For the angry mobs it doesn’t matter at all that the SX4 is made in China, just like most other Japanese cars that were targeted in the protest. The Suzuki SX4 is made by the Chang’an-Suzuki joint venture.