BYD e6 is a new Police Car in China 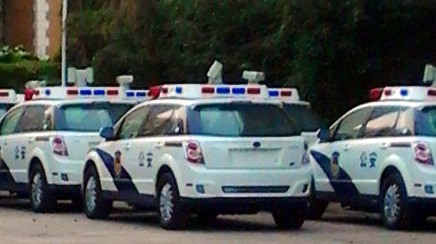 Electrifying news for criminals in the great city of Shenzhen in Guangdong Province. Police there will soon start a pilot project with the electric BYD e6. The project will be officially announced soon, photos by Chinese netizens show a fleet of at least six e6 vehicles, equipped with infrared cameras on the roof. 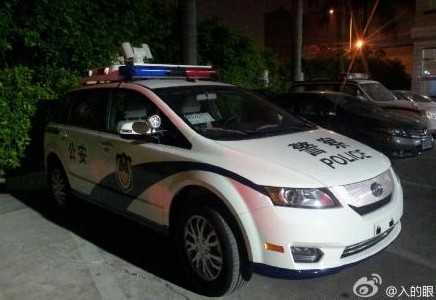 BYD claims that the e6 has a range of 300 kilometer, but that is only manageable under ideal circumstances and with the aircon off, which is not cool in hot Shenzhen city. Normally the e6 will be out of juice after about 150 kilometer, and even sooner when the average speed is high, and even sooner again when all that police equipment is used. A siren eats power! And there is another problem; top speed of the e6 is only 140km/h. A criminal thus can escape this EV if his vehicle can do 145, which many vehicles can. And if not, well, just hit it.