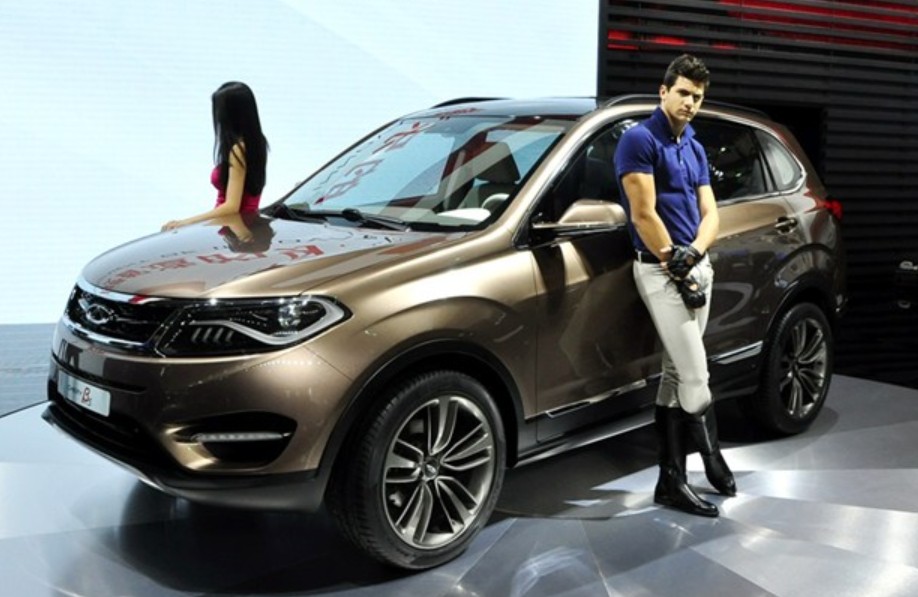 The Chery Beta 5 SUV concept debuted on the Shanghai Auto Show, previewing a new large Chery SUV that will be launched on the Chinese car market in 2015. The production version of the Chery Beta 5 will be positioned above the upcoming Chery Tiggo 5. The Tiggo 5 was expected to debut in Shanghai but didn’t show.

Note the male model. He is wearing black boots and black gloves. Waddis that all about? He a gardener? 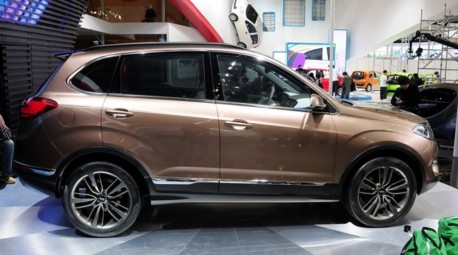 The production version will be based on the same platform as the Tiggo 5, slightly stretched in all directions. Power will come from a 150hp 2.0 or a 130hp supercharged 1.6. The Beta 5 should be seen as a more luxurious and more upmarket variant of the Tiggo 5. Many Chinese automakers walk the same way, such as BYD with the up-market BYD S7 based on the mundane BYD S6. 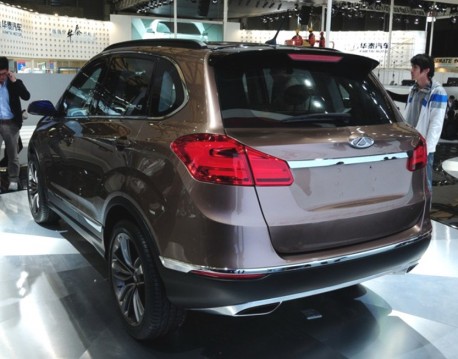 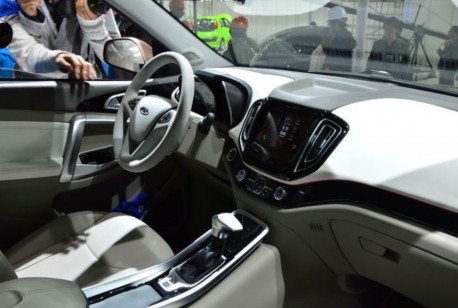 Middle-tunnel very concept. Center console however loox production ready. Light-colored materials again, we are seeing that a lot recently in new Chinese cars and concept cars. The days of the ugly black plastic seem over.