Aston Martin One-77 on a Truck in China 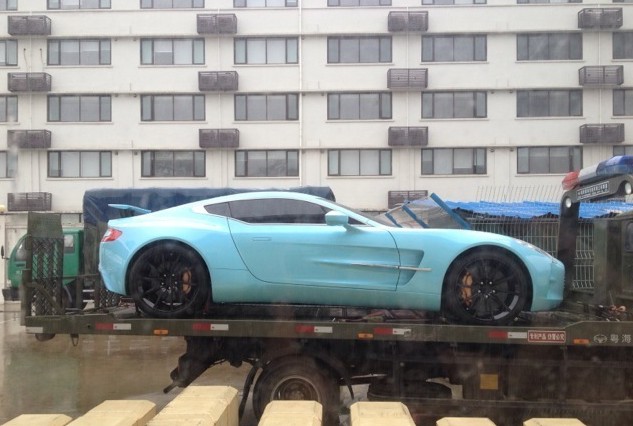 A baby blue Aston Martin One-77 seen on the back of a truck in the great city of Shanghai. This is likely the very same car we met earlier on in the same city with two One-77 friends. The manic One-77 is powered by a 7.3 liter V12 race engine with 750hp and 750nm.

The One-77 is the most expensive car ever sold on the Chinese supercar market, price was 47 million yuan or 7.4 million US dollar. We know of at least six examples in China: white in Beijing, brown in Beijing, a black car in Shanghai, a white example (scroll down), and a silver car from Shenzhen that famously crashed in Hong Kong.