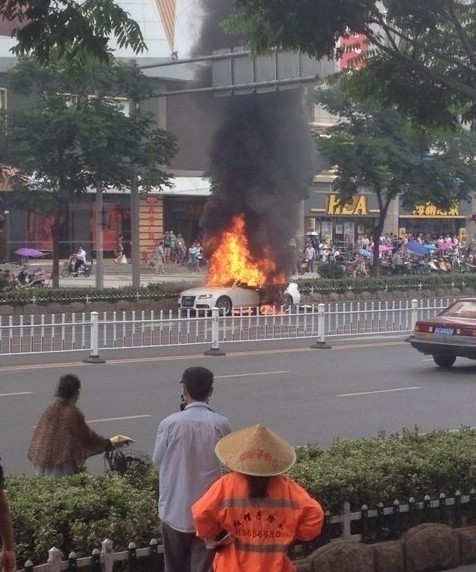 A hard burning Audi, seen in the great city of Suzhou in Jiangsu Province. The vehicle looks very sporty, with flashy wheels and all, but it doesn’t seem to be a super speedy RS4. It rather seems to be a dressed up locally-made Audi A4L. 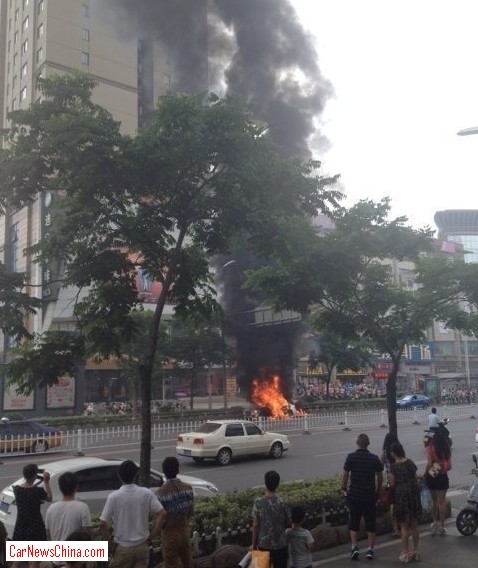 Fire seems to have started in the passenger compartment, not in the engine bay. The flames however quickly engulfed the whole car. As far as we know, everybody was safely out of the vehicle before the burning turned badly. 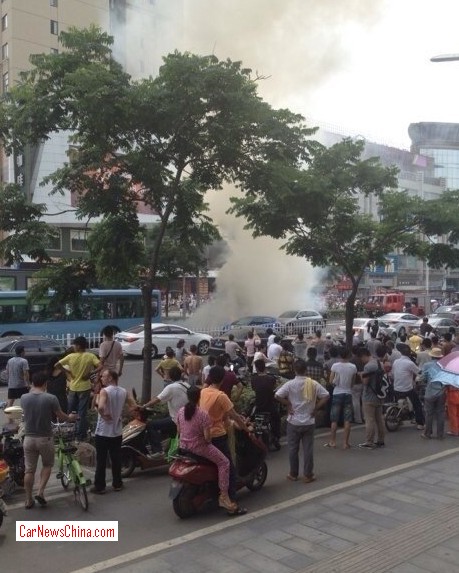 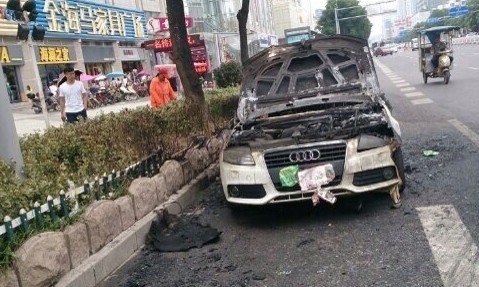 The license plate has been covered, but only after the accident. Note first pic where the blue plate is clearly visible. 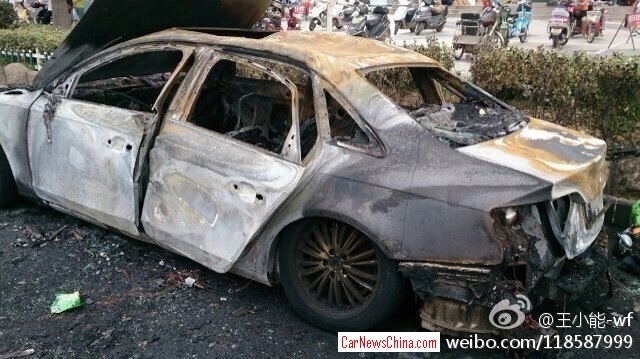 The Audi A4L is made in China by the FAW-Volkswagen joint venture. They ain’t all burning: license, yellow, dragon, asshole, B7 in pink, lime green, baby blue, pink lowrider, red, pink, orange&black, matte-purple, polizei and fake.