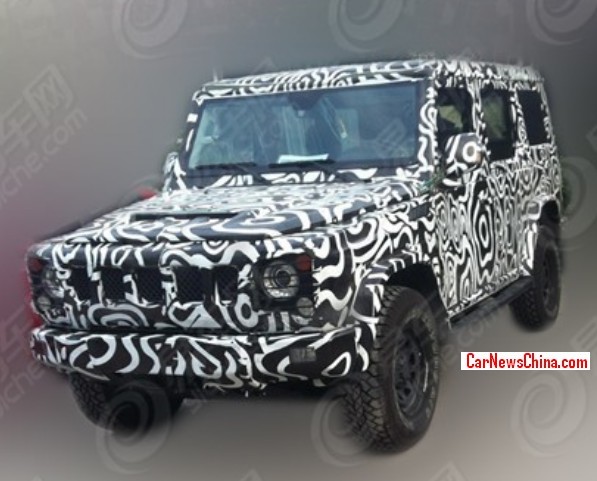 New spy shots showing the upcoming Beijing Auto B80 testing in China. Beijing Auto will make two variants: the B80VJ for the Chinese army and the B80V for the civilian market. The B80 is based on the same platform as the Beijing Auto Works Knight S12 which is basically a rebadged Beijing-Jeep Cherokee XJ. The B80 is expected to debut on the April 2013 Beijing Auto Show. 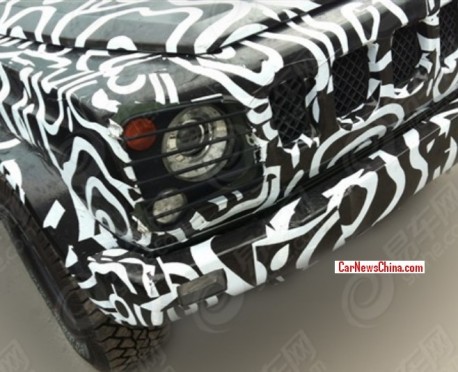 Headlight protection indicates this is a military version. 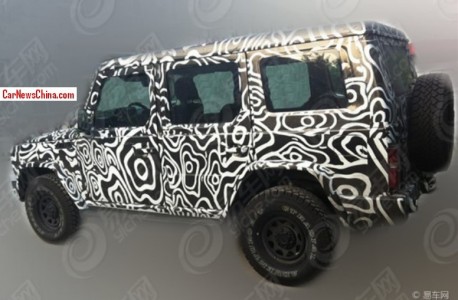 Sounds mad indeed, but this is the Beijing Auto Industry Corporation, owned by the Beijing Municipal Government, where all seems possible and nothing really happens.