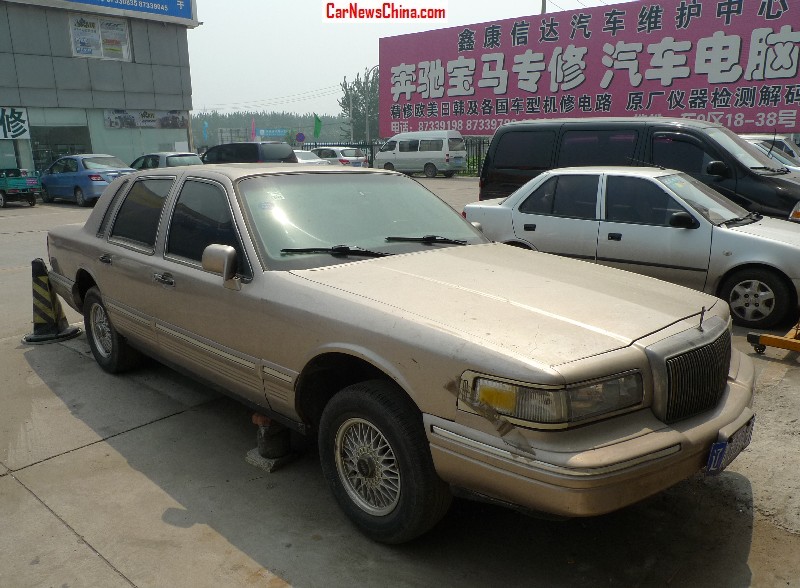 A giant golden Lincoln Town Car Signature Series sedan, seen on the Wufang Tianya Automobile Parts City in east Beijing where its front suspension was being repaired. The great American sled was in poor overall condition but the flashy paint was fortunately still shiny. 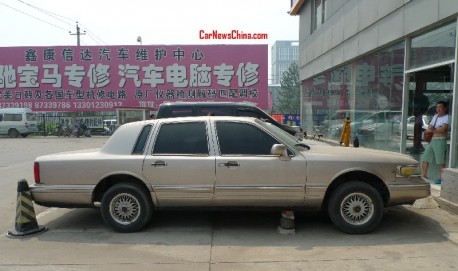 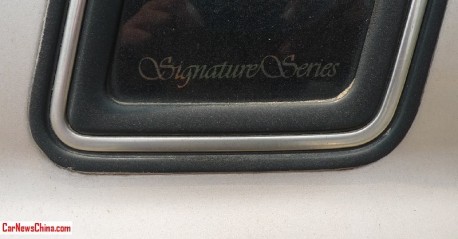 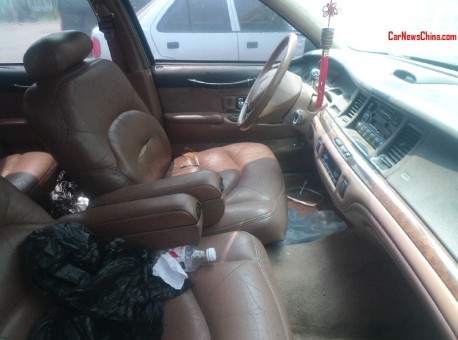 Interior needs a lot of work, the leather is just holding out and the plastics are dying. Note how low the seats sit in the car for the sofa-feeling that was so desired by American car buyers at the time. The Town Car was based on the famous Ford Panther platform and powered by a not-too-mighty 220hp 4.6 liter V8 that was mated to a 4-speed manual. 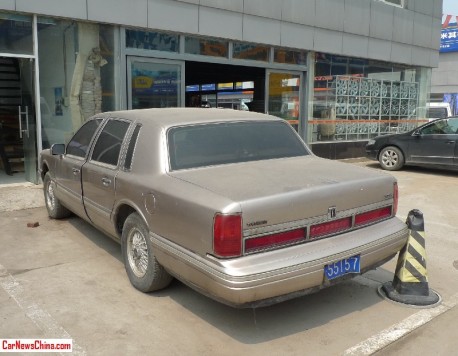