Spotted in China: Plymouth Prowler is still crazy in black 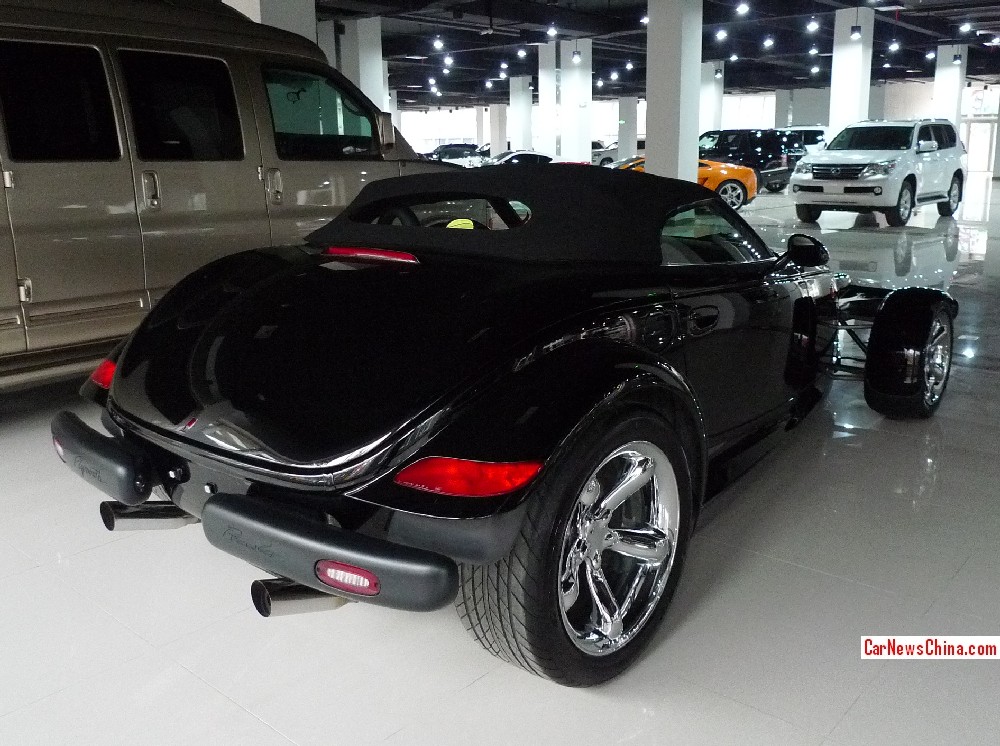 A very beastly and very black Plymouth Prowler, seen in a second hand super car dealer on the Beijing Tuning Street. The Prowler was one of the maddest cars ever made in the USA, but sadly it didn’t sell to well as most American car buyers prefer safe-choice pickup truck or Camrys. The Prowler proved to be a loss making experiment but it did generate a lot of publicity for the now-diseased Plymouth brand. 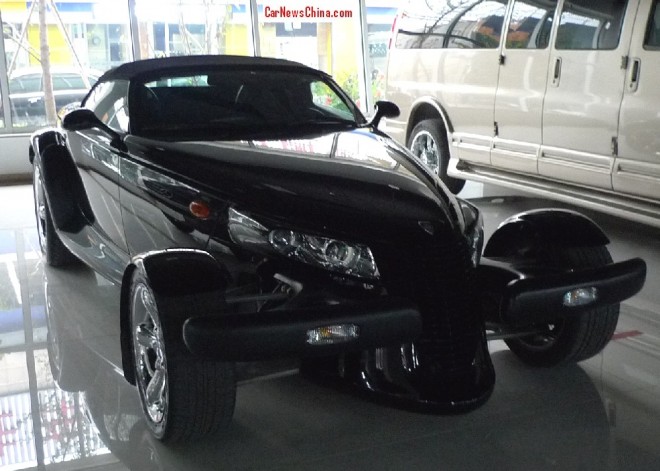 The Plymouth Prowler was produced from 1997 until 2002, it was never officially exported to China so all Prowlers in country arrive via the ‘gray’ dealer-to-dealer circuit. This particular car was imported a month ago from California, selling in China for 529.000 yuan or 87.000 USD. Lotta money but lotta cool. We got us a small China-Prowler collection:  another black in Beijing, a yellow Prowler in Shenzhen and a fiery Prowler in Nanjing.