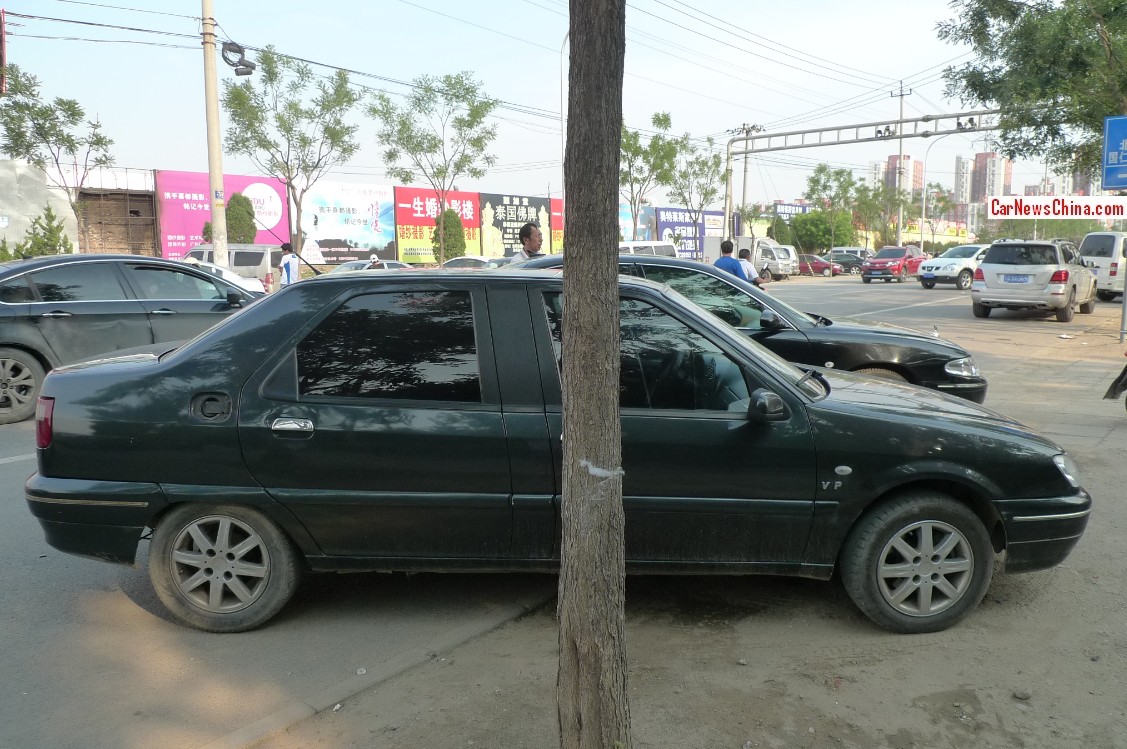 A very long Citroen Elysee VIP, Spotted in China in the Dongba area in far east Beijing. The Elysee VIP is a stretched variant of the Citroen Elysee sedan, extended by 16 centimeter in the middle for more space in the back. The VIP is a rather rare car to see on the road today, and this particular car was in perfect condition. 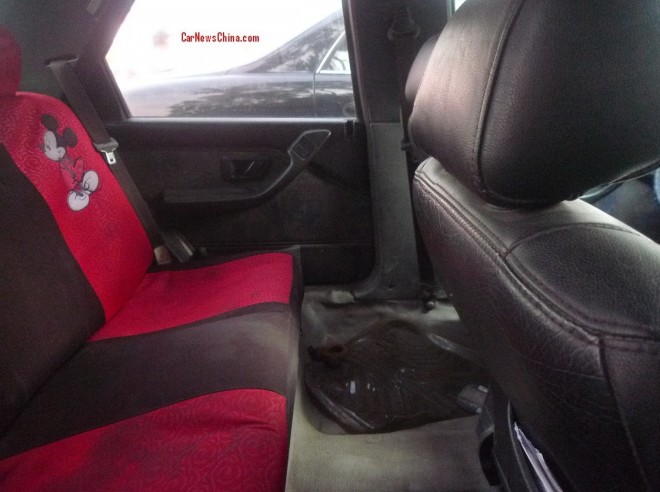 The Elysee was based on the Citroen Fukang which was based on the Citroen ZX. The Fukang/Elysee was made in China by the Dongfeng-PSA joint venture. The Elysee was basically a more luxurious version of the Fukang. Production of the Elysee started in 2003. The first major facelift came in 2010 when the name was changed to c-Clysee. The Elysee continued all the way until last year when it was finally replaced by the new Citroen c-Elysee. Production of the VIP started in 2005 and ended in 2010. 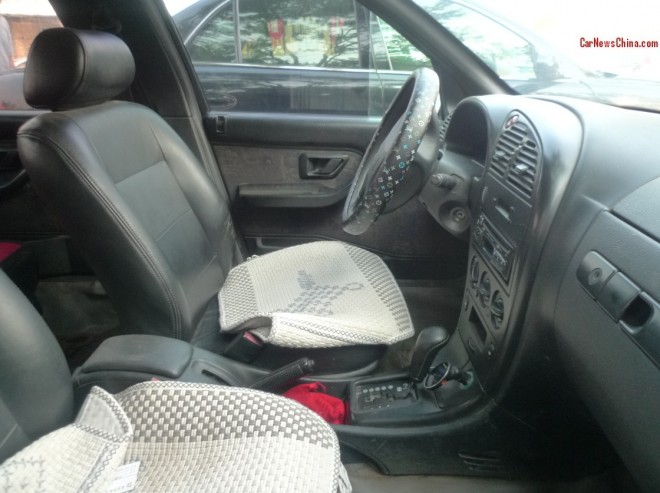 Black and gray were popular colors in the day. Interior looks all right but needs a good cleanup. The Elysee VIP was powered by a 1.6 liter four-cylinder petrol engine with 105hp and 142nm, mated to a 5-speed manual or a 4-speed automatic. Top speed was a reasonable 175km/h. 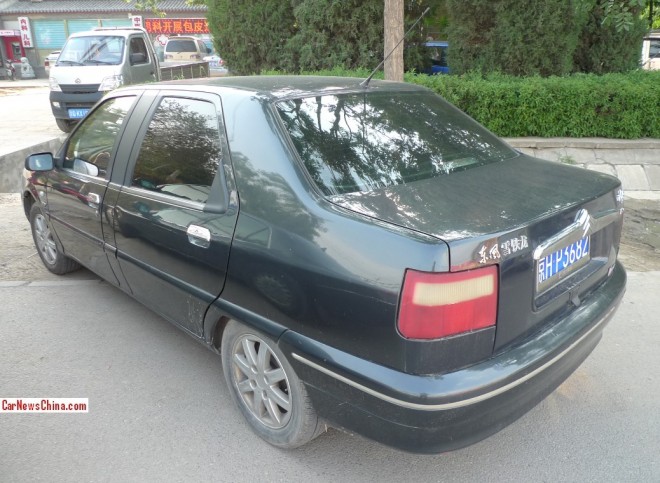 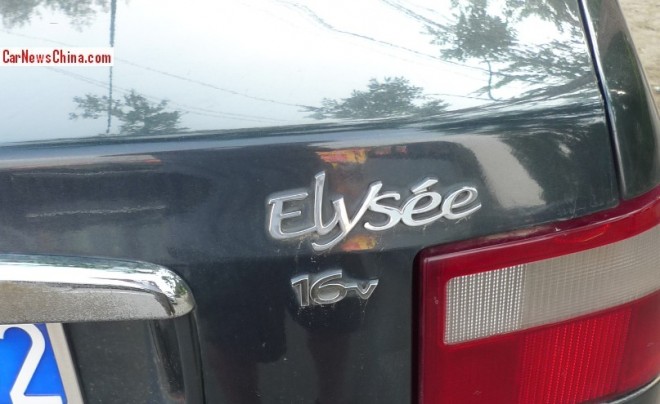 Lettering in a very happy style. 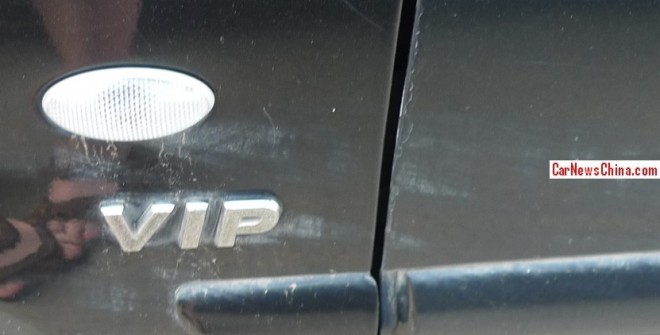 The VIP badge, lettering in another style. 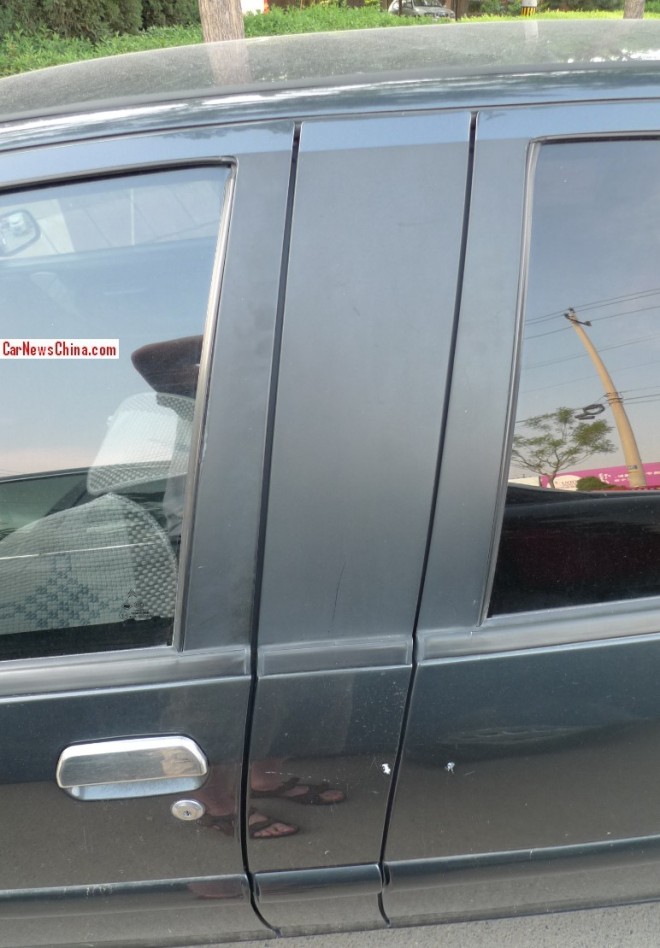 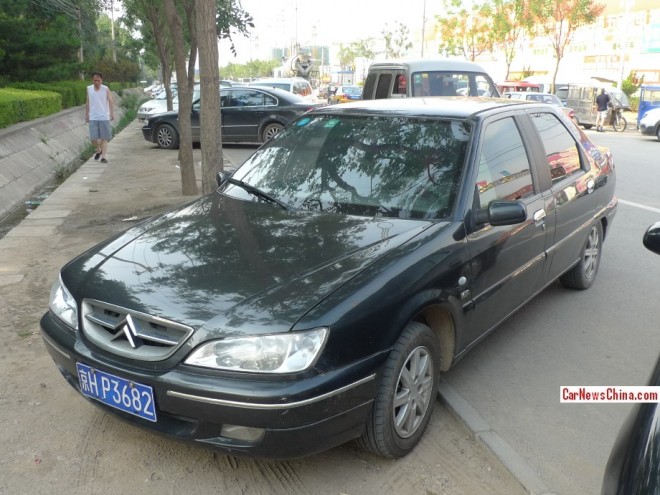 Not as famous as the Audi-based Hongqi limousines, but an icon of China’s motoring history nevertheless. 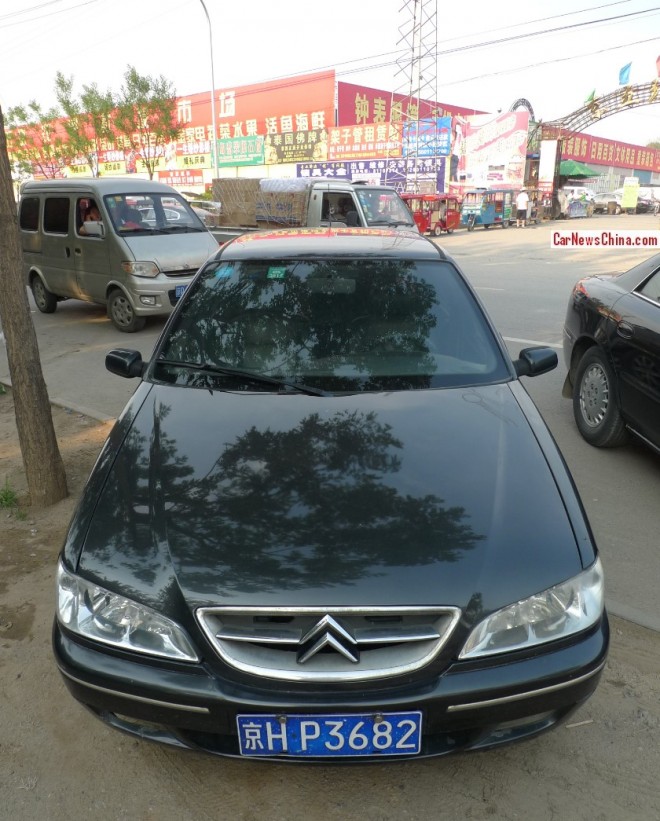