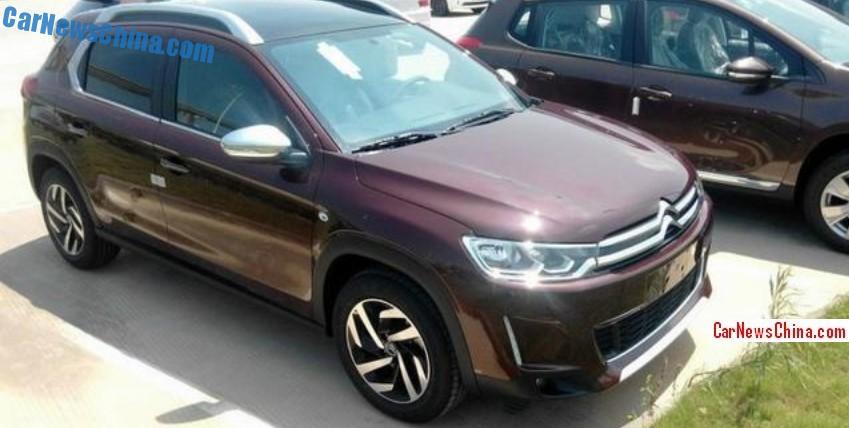 The latest Spy shots of the Citroen CX3-R SUV in China, seen near the factory with at least two more examples nearby. The Citroen C3-XR debuted as the C-XR concept on the 2014 Beijing Auto Show in April. Debut of the production version is expected for the Chengdu Auto Show in September with a launch on the China car market in Q4. 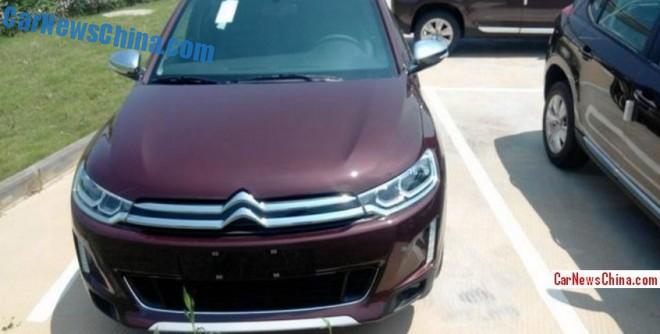 Spectacular front with a wide black hole and an odd chrome strip below.

The Citroen C3-XR will be manufactured in China by the Dongfeng-PSA joint venture. There will be two engines available: engines will be: a 163hp 1.6 turbo and a 1.8 with a yet unknown output. The 1.8 will be the base model. Transmission: 6-speed manual or 6-speed automatic, sending power to the front wheels. 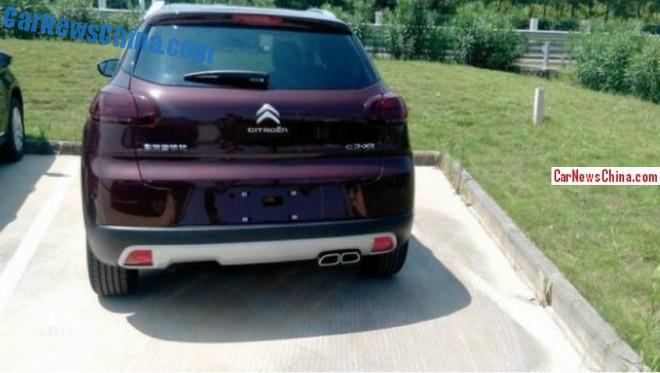 A bit odd at the back as well. There seems to be a place-holder in the bumper for another twin-exhaust pipe. Might that mean that Citroen is working on a super wild sporty version? And that they had no money to design a different bumper-section for the normal cars? Strange…

The C3-XR seems to sit in the middle.