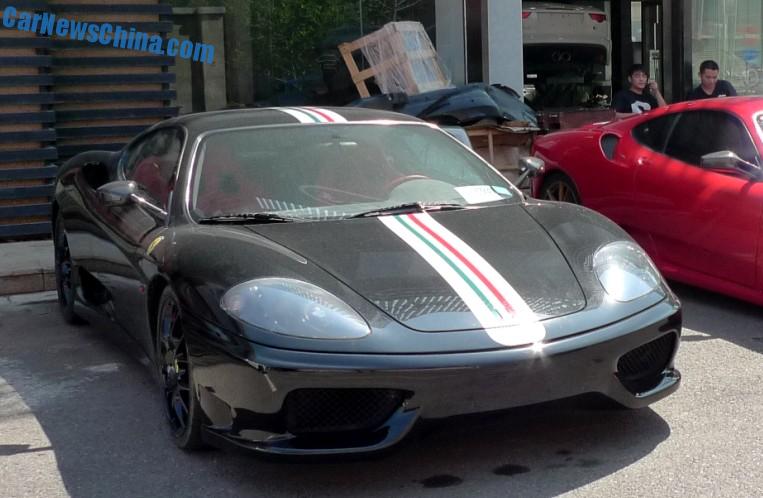 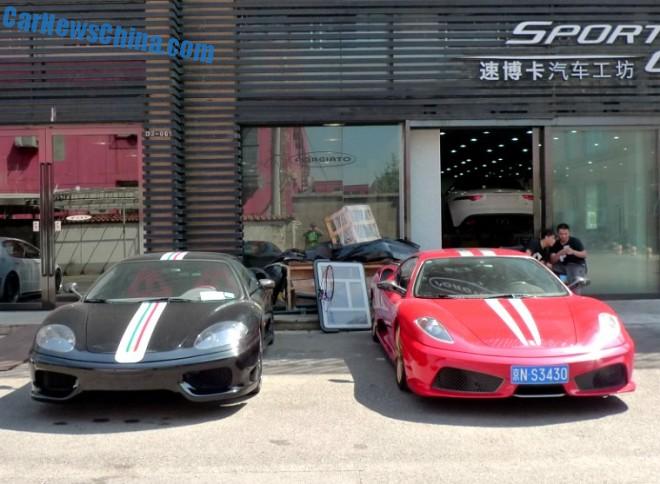 With the well-known Ferrari F430 Scuderia. 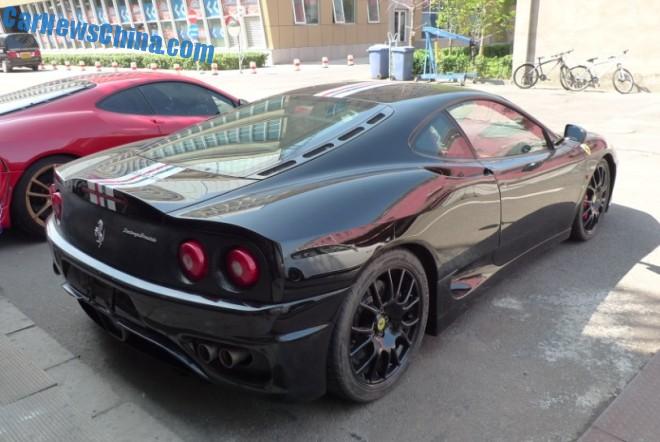 The Ferrari 360 was manufactured from 1999 until 2005. The Challenge Stradale arrived in 2002 and was equipped with carbon ceramic brakes (the same as on the Enzo), track tuned suspension, and an extra aerodynamic aero pack. Weight was down by 110kg by deleting the radio, fitting lighter bumpers, and fitting plexiglass door windows. 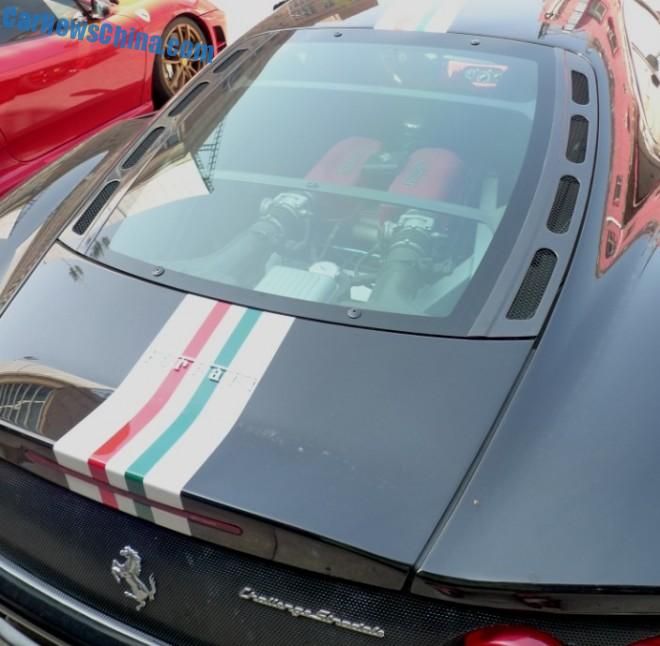 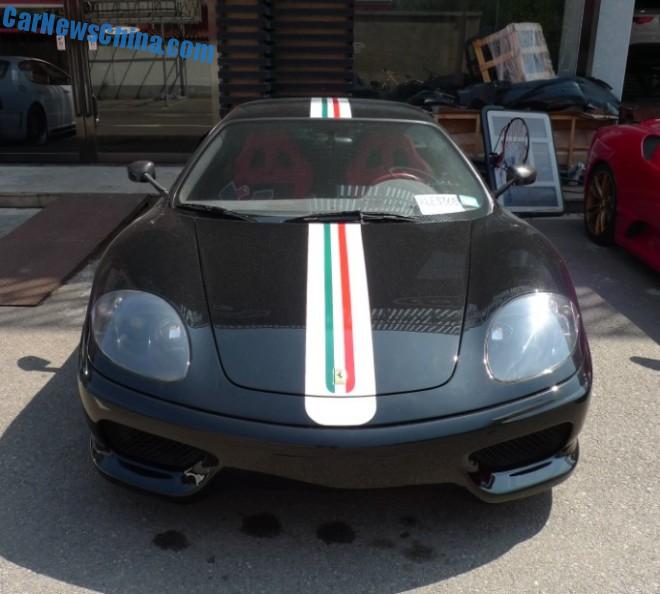 The  fantastic Ferrari 360 was never officially exported to China and thus very rare, we only have a small collection: gold & red gold, Novitec, yellow Spider, with wheel clamp, and very dirty. 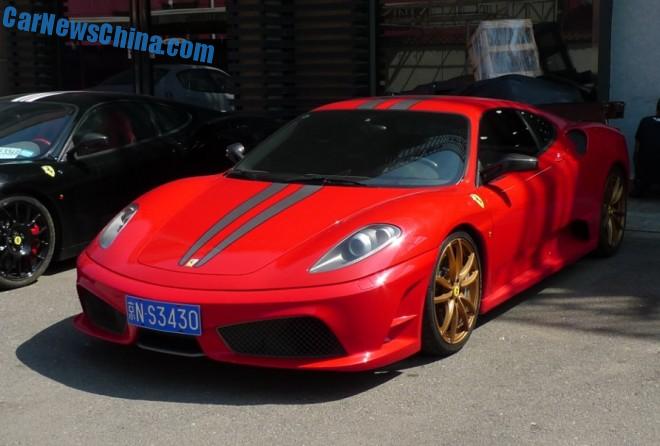 Ending with the F430, because she is so pretty on her shiny gold alloys. Note red brakes on 360!