The Terrorists Air Car and other interesting alternative-Lego sets 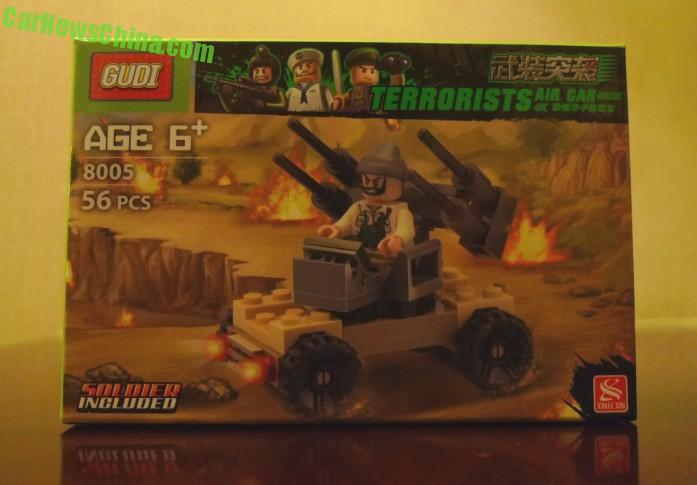 Hello Readers, we are in the great city of Guangzhou in Guangdong Province for business and beer, so we are a bit low on news until Monday.  But we have other! Guangzhou is the Chinese Capital of Toys and thus a true paradise with toy markets all over the place. We went to a many and found a few very interesting alternative-Lego sets, including this brilliant ‘Terrorists Air Car’ which I bough for eight yuan or 1.3 US dollar. Back in the hotel I built it:

The vehicle resembles the home-made creations of Libyan and Syrian rebels, so I guess that is where the toymaker got its inspiration from. The set includes a four-wheeled vehicle with a four-barreled anti-aircraft gun and a dangerous looking man with a beard. Interestingly, the back of the box tells us that the diameter of the guns is 14.5 millimeter, that they can fire 600 rounds per minute, with a maximum range of 1500 meter. 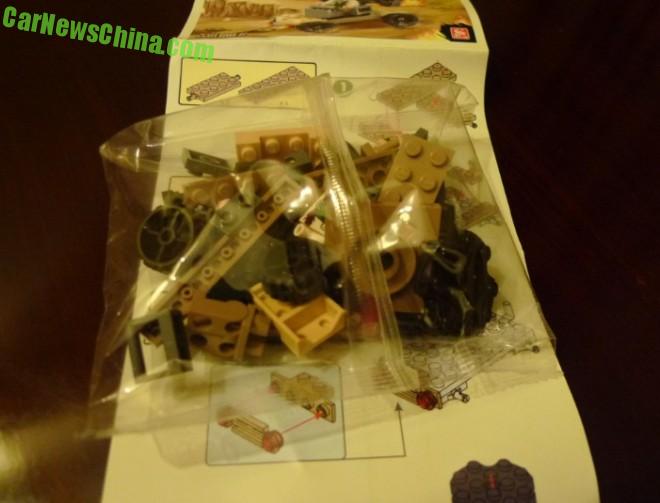 The bricks come in a neat plastic bag and the instructions are perfectly clear and understandable. 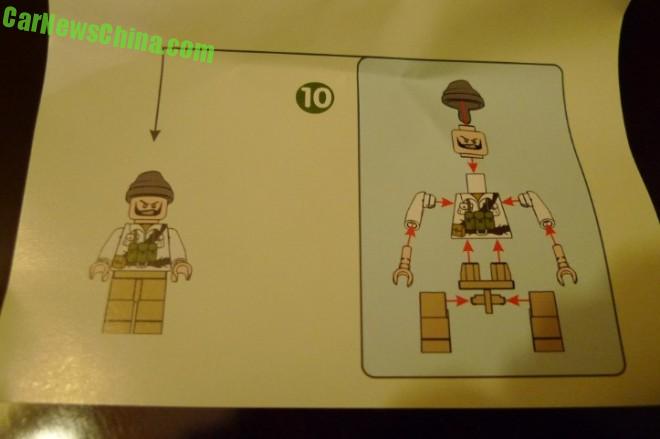 How to make a terrorist. 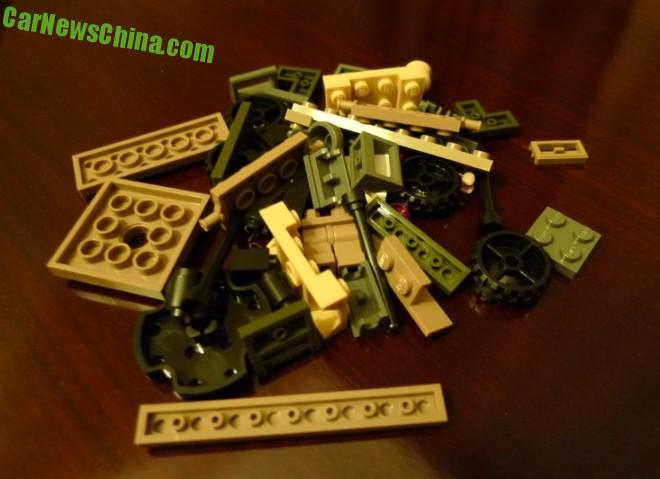 The set is fully compatible with Lego, but some parts are unique, like the turret, seen on the left just above the beige bar. 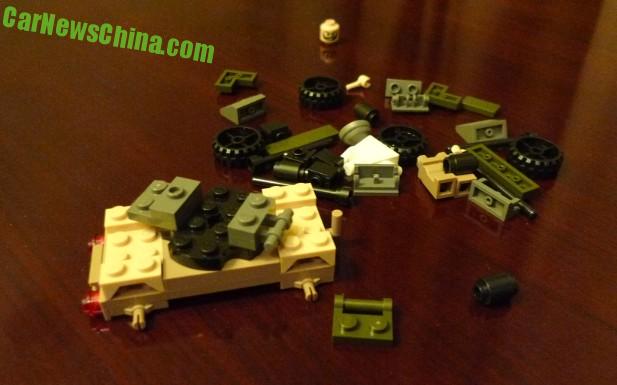 The set is sold under the Gudi brand, which is owned by a company called Xinlexin Electronic Toys, based in the great city of Shantou in Guangdong Province. Sadly their website is a bit of a mess, but you can see all the other Gudi alternative-Lego sets on Taobao. They got shiploads of guns and tanks!

A note now on legal: Lego of Denmark has no copyrights on the bricks themselves, but they have copyrights on their sets. When Chinese companies design their own sets (like Sluban) they are fine. When they copy Lego-sets, which happens a lot as well, they are breaking the law. The Terrorists Air Car is thus a perfectly legal set, although the Gudi logo seems on the limit… 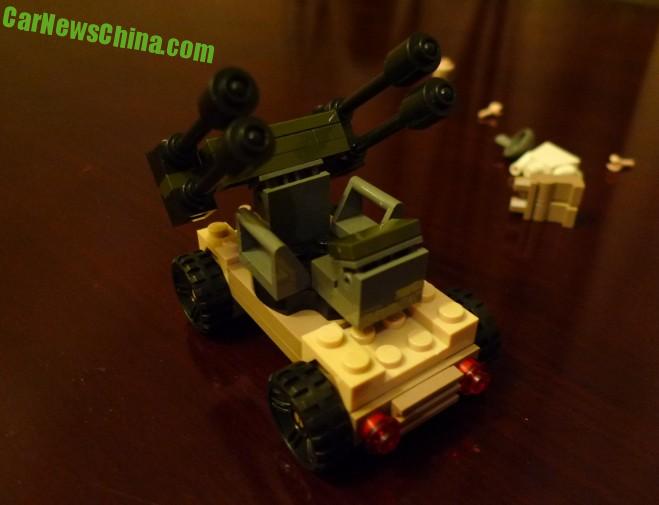 The finished vehicle. The turret can turn 360 and the gun can move up and down. 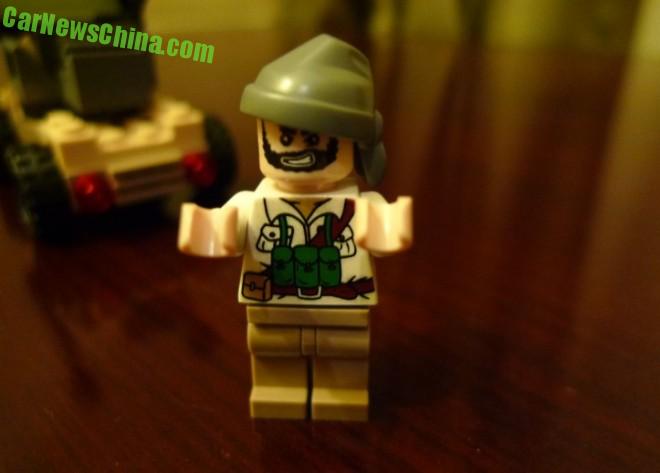 Don’t let this terrorist come close to your car!, for he will convert it into something very fiery. 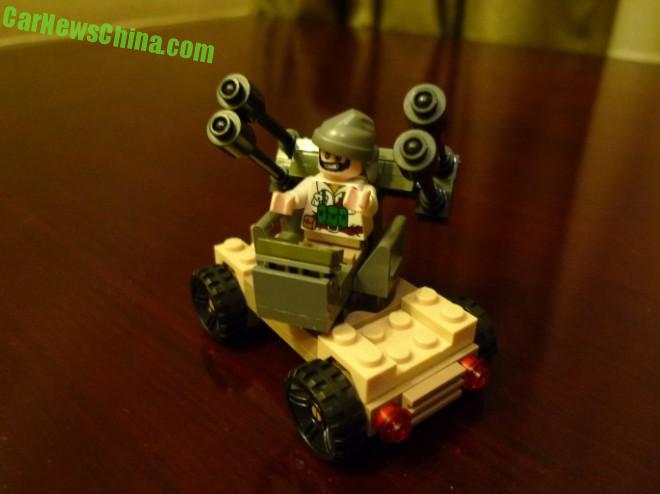 The quality of the bricks is surprisingly good for the money. It all fitted fine and each brick felt solid and was neatly finished. 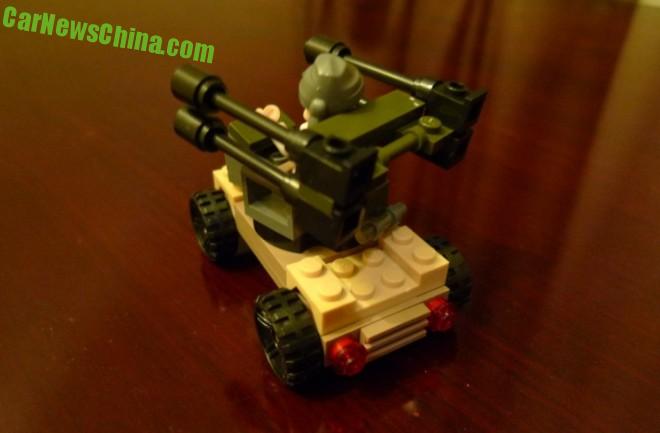 Ready to shoot down some fighter jet. 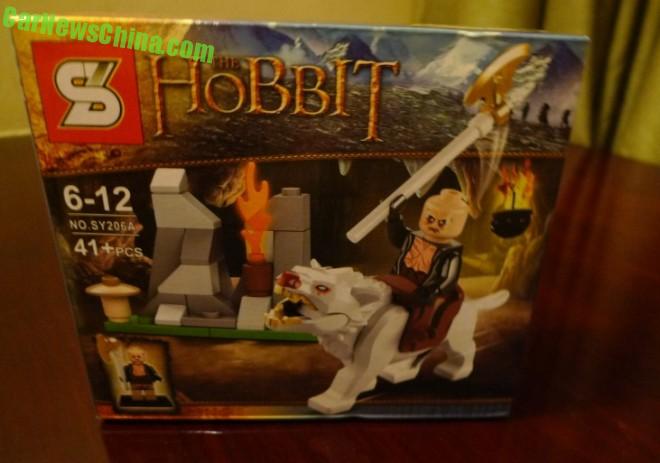 A few other sets I bought. This is The Hobbit, manufactured by an unknown company with an S logo. This set is technically illegal because it infringes on the copyright of the Hobbit film series. Unless of course, ‘S’ legally bought the rights, but I doubt they did… 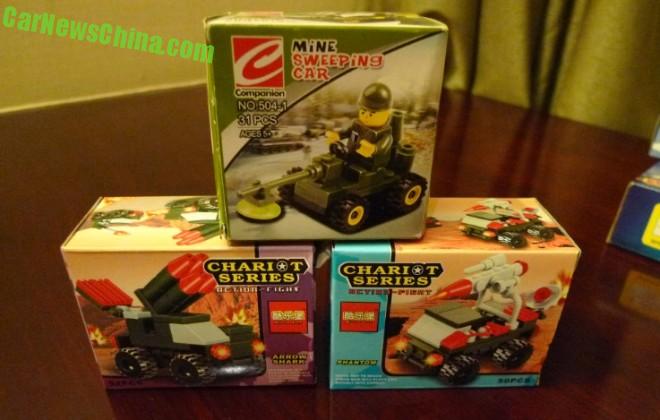 A Mine Sweeping Car by Companion, and an Arrow Shark anti-aircraft missile launcher and a Phantom laser gun by Kule Bao. Three yuan each. The mine sweeper is especially interesting, it loox the deal, but I cannot think of any kid asking mama for such a thing, so maybe the designer is ex-army. 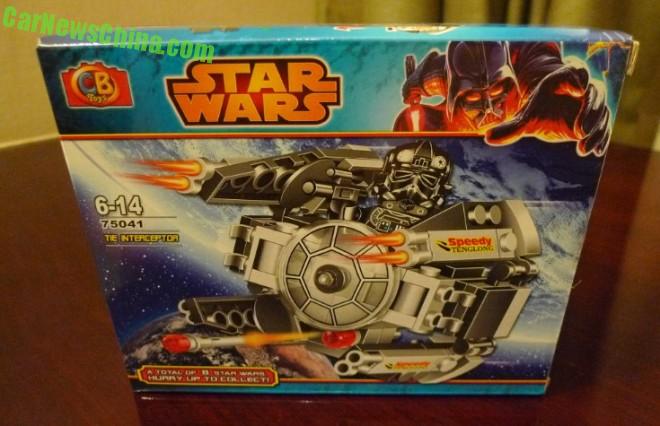 An incredible hip Star Wars X-Wing Fighter ‘The Interceptor’ by CB Toys (many more Star Wars). The set comes with extra game cards and stickers. All for sixteen yuan, making it the most expensive set I bought today. We doubt CB Toys has any legal deal for making these sets, especially since Lego has a Star Wars series too. 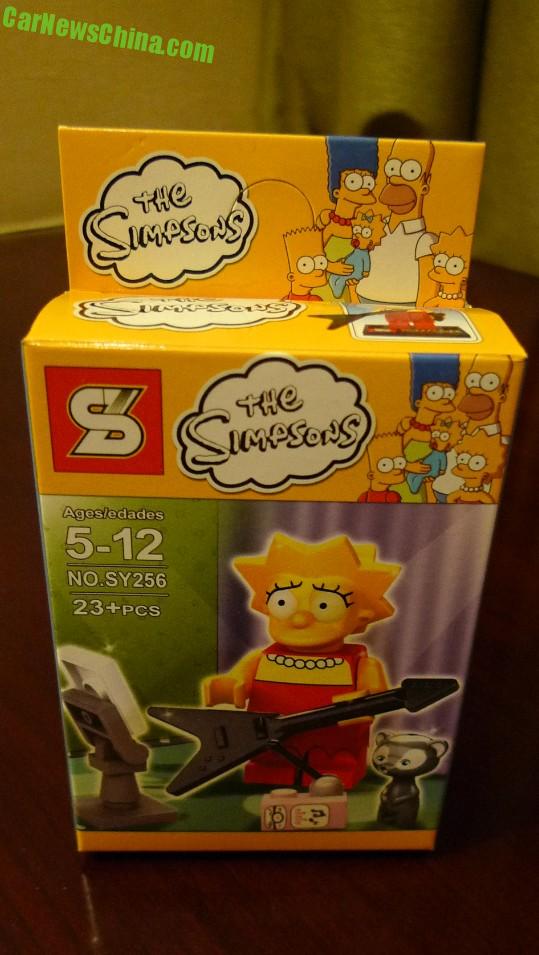 Ending with Lisa Simpson and Snowball on electric guitar. Lisa loox a tad too fat, but the cat is cool.