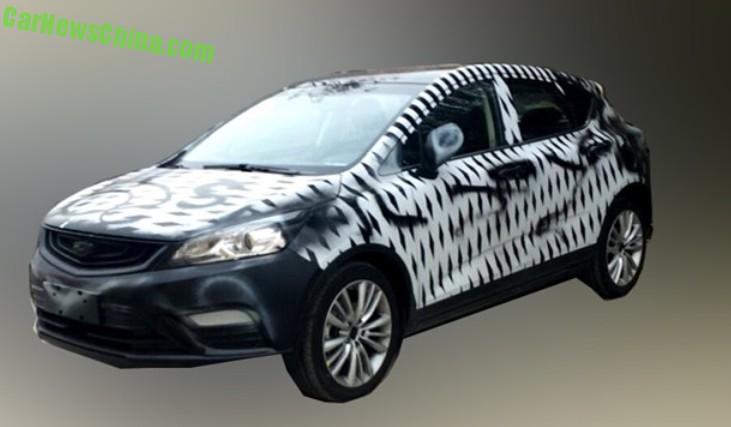 The concept car was ‘powered’ by a hybrid drive-train with a 88hp 1.0 liter four-cylinder gasoline engine mated to a 54hp electric motor. Sure enough, this fine set up won’t make it to production, at least not initially. When launched the Emgrand Cross will be available with only one engine; a 1,3 liter turbocharged four-cylinder with 133hp and 185nm mated to a 6-speed manual. This engine is used in a many other new Geely cars so it should be a fine match with the new Emgrand Cross. 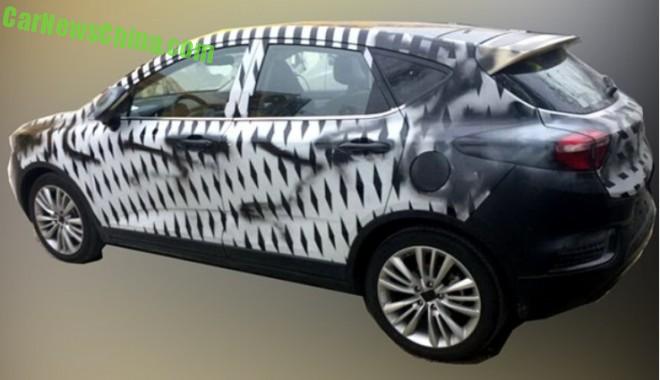 Besides the doorhandles, there seems almost no difference with the concept car. 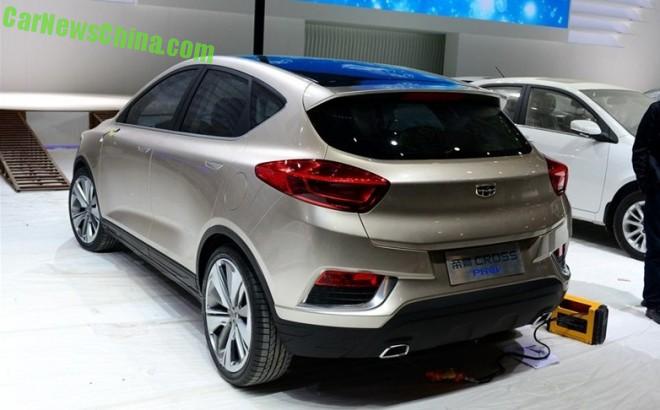 Exhaust pipes looked awkward on the concept, too small and too low. Can’t see for sure on the real thing, but it seems Geely should definitely work on something better down there.