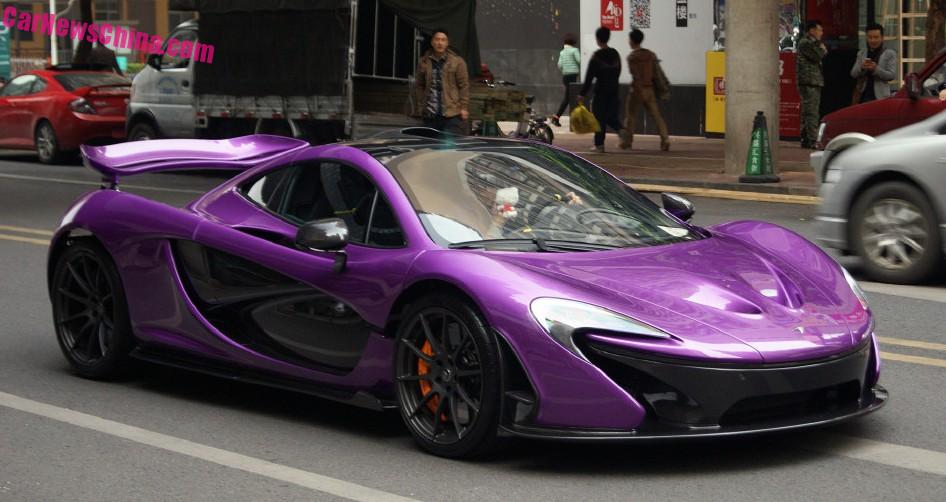 A super speedy McLaren P1 supercar, Spotted in China in the great city of Guangzhou by Suyoucan. The mighty ‘Mecca is painted in shiny purple and further sped up with a black roof, darkened windows, carbon mirrors, shiny black side pods, and racy slick-like tires with matte black ten-spoke alloys and bright orange brakes.

The British monsters looks menacing in purple, contrasting perfectly with the black parts. I am however not so sure about the orange brakes which do go well with black but not at all with purple. 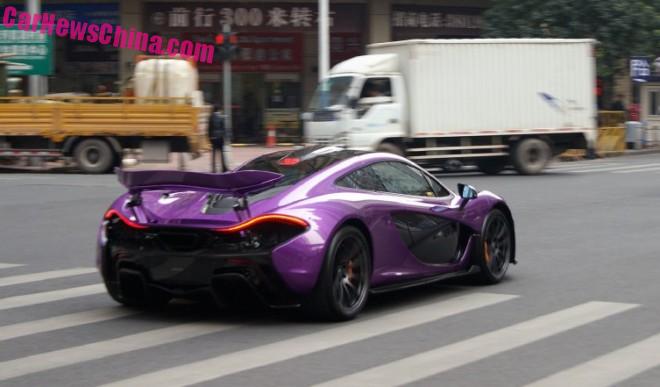 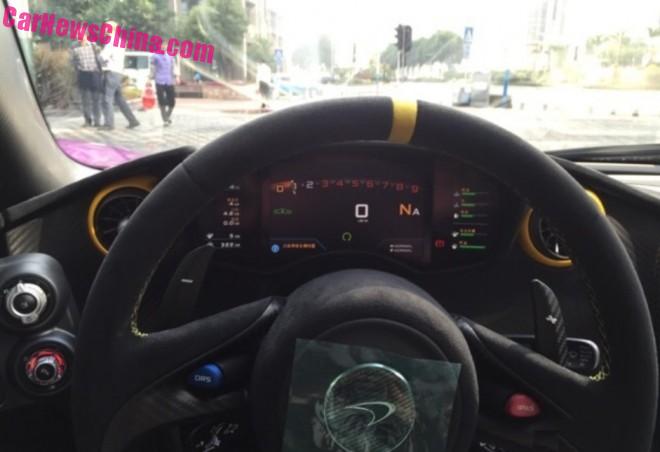 We also got some other photos via another source, showing the car just after at arrived in Guangzhou, with the protective sticker still covering the McLaren logo in the steering wheel. The P1 is still a relatively rare car in China; we only saw two other examples before: one completely mad, in Guangzhou as well, and one lime green in Shanghai. 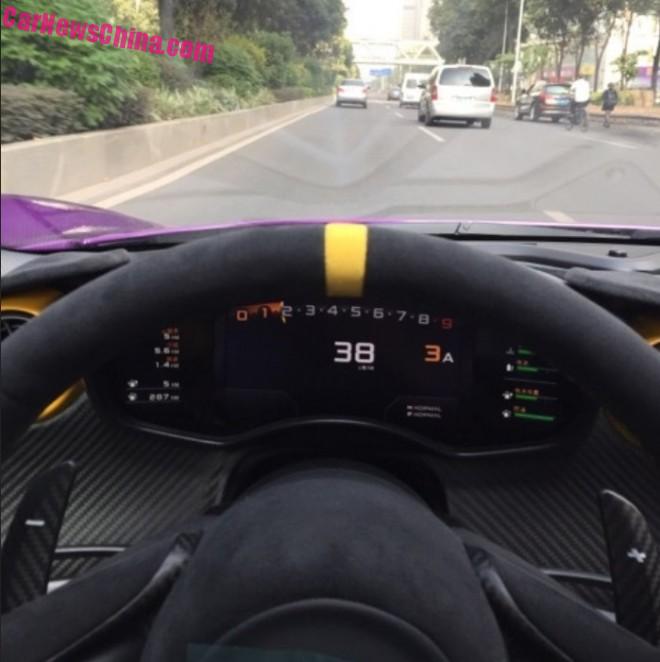 May the road be empty. 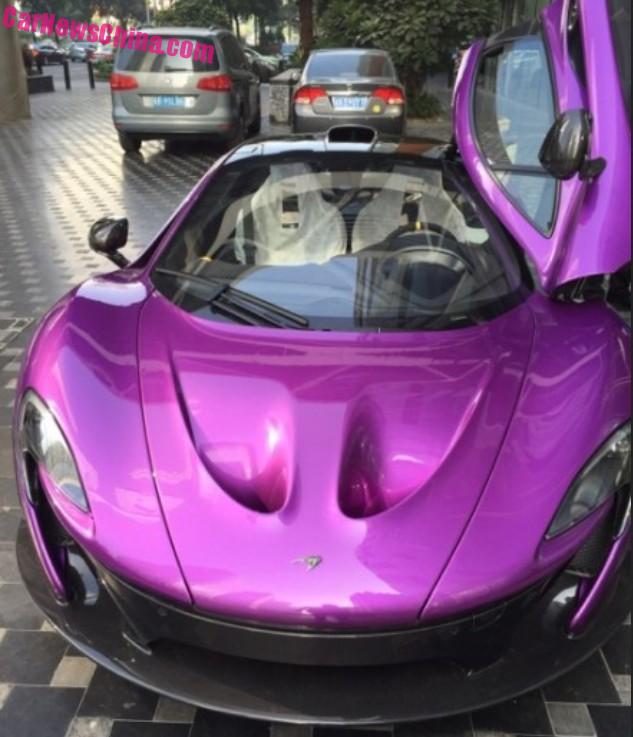 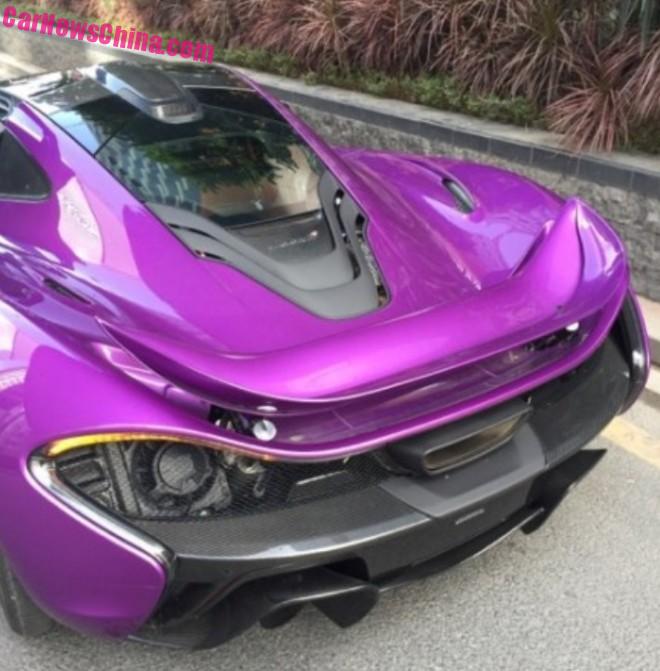 The sculpted rear end, one of the best asses in the business.