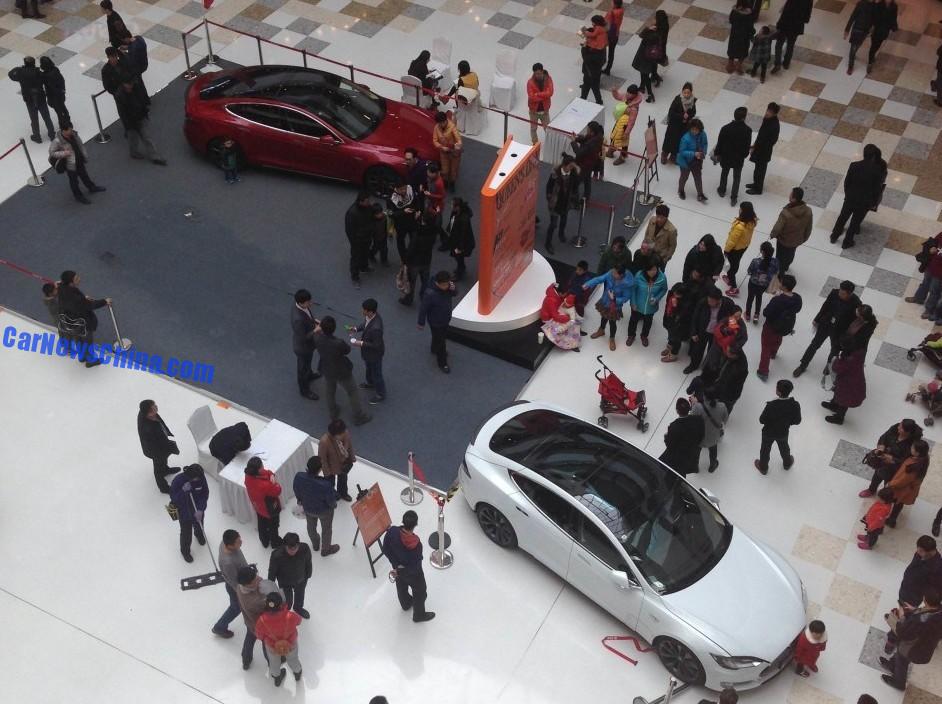 More misery for Tesla in China. Sales are down, people get fired, and now we have a Model S mayhem in a shopping mall. It happened Sunday in the Tongzhou Wanda Plaza Mall in Tongzhou District in the far-eastern suburbs of Beijing. Tesla had hired a booth in the mall, showing off a red and a white Model S.

He got in the white car, sat on the driver’s seat, and on 13:55 exactly managed to start the car. It moved forward six meters and crashed straight into a red stroller with a baby inside. The stroller fell over and the baby fell out. Very fortunately the baby was unhurt. The stroller can be seen just to the north of the white Model S. The mother and child, no doubt shaken and scared, can be seen sitting in front of the book-like display.

Police has announced an official investigation. Tesla has yet to respond.

A local newspaper sent a reporter to the scene to investigate the situation. The reporter arrived about half an hour after the incident and found that the white car had been locked. The red car however was still open, and incredibly it was still switched on, and you-can’t-make-this-up there was another kid on the driver’s seat, with a dad watching, this time. And the bonnet was open.

The reporter reported that Tesla had taken the following measures to prevent the cars from being started and moved: a wooden block was stuffed under the brake pedal (the brake needs to be engaged for the car to start) , and there was a sticker on the touch screen saying ‘do not touch’. The wooden block can be seen on the picture of the red car. Tesla personnel on the booth said the same measures were in place in the white car, but that was obviously not good enough.

A brake block and a sticker was all Tesla did. They didn’t disable the accelerator, they didn’t disconnect any flying-by-wire wires, they didn’t put the electronic handbrake on, and they didn’t put any blocks in front of the wheels. Amazing amateurism, and extremely dangerous. That baby could have been dead. 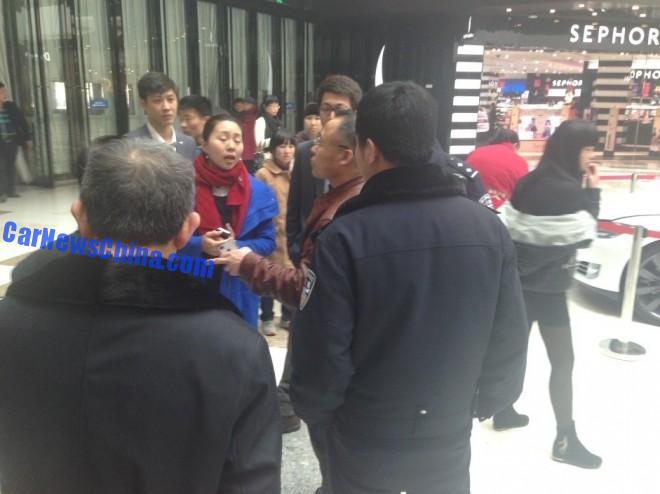 Witnesses talking to police officers sometime after the accident. Note how the white almost-killer car is now surrounded by a red line. 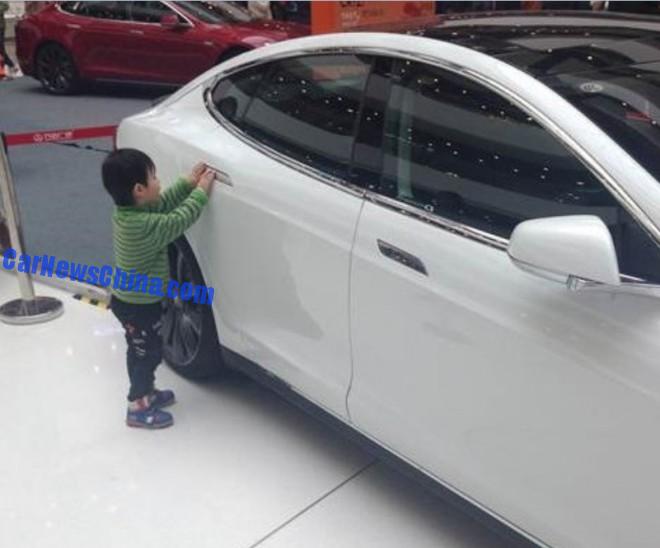 But a red line doesn’t stop a kid. This one seems about three years old. Trying to open the rear door, but it is really locked. 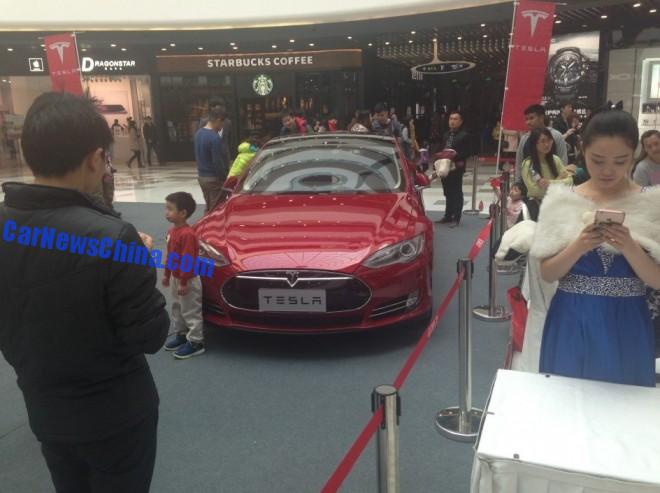 And we end this story with a kid standing in front of the still-open red car. A Tesla staff member, responsible for answering questions about the Model S, checks her mobile phone, like nothing ever happened.

What will be next, for Tesla in China..?